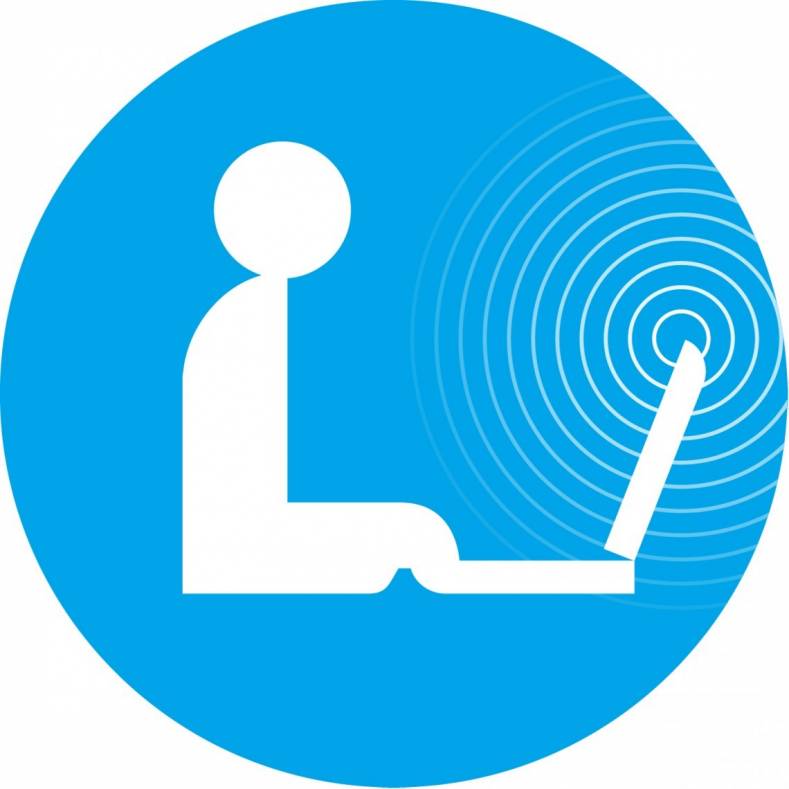 WiFi users have uniformly discovered problems with the reliability and coverage of the service. Image: diendan.sanhrong.com

The 2015 Arris Consumer Entertainment Index finds that nearly two-thirds (63 percent) of global consumers have issues with Wi-Fi in the home — a likely consequence of the rapidly increasing number of connected media devices.

Arris, an IP, video and broadband company based in Suwanee, Georgia, found in its Wi-Fi study that though consumers desire Wi-Fi without limits, the reality is different. Worldwide, the average home now has six media devices connected to its Wi-Fi network, and the average household spends almost 6.5 hours each week streaming a subscription service.

Four out of five, or 81 percent, of those who stream media now do so at least weekly — which is up from 72 percent just a year ago. There is a clear connection between Wi-Fi use and mobile television. Nearly three-quarters, or 73 percent, of people who watch mobile TV at least once a week use Wi-Fi to do so. As the concept mobile viewing “anywhere, on any device” takes hold, 63 percent of global consumers are having problems with Wi-Fi connectivity.

More than half (59 percent) of consumers are now watching TV on-the-go. Yet, the study found the potential for growth is greatest in older demographics, where barriers of inconvenience and cost continue to challenge broader market adoption.

Mobile television also connects to binge-viewing, which evolved into a very personal and solitary activity for 60 percent of viewers. Expanding on binge-viewing trends uncovered last year, binge-viewing has gone solo in 2015. Service providers, the study found, have an opportunity to personalize content and services to the individual for more tailored customer experiences.

Most people now perceive good quality Wi-Fi as a necessity in their lives. Seventy-two percent consider a high-speed Internet connection in every room of their house either “vitally important or very important.” More than half said it is vitally important to have high-speed Wi-Fi that works outside of its current range.

The study found that end users prefer to download versus stream their mobile content. Nearly three-quarters (72 percent) of downloading consumers said it is important to be able to download content to a device so they can watch it on-the-go without an Internet connection, rather than having to rely on cellular connections to stream.

Another shift finds the popularity of mobile television maturing among younger demographics, but future growth will rely on older generations. Fifty-nine percent of all people now watch mobile TV — rising to 72 percent of 16-24 year-olds.

However, while young people watch the most mobile TV, there has been no increase in the number of viewers. For people over 65 years old, the number of mobile TV viewers has increased by 11 percent, up from 19 percent last year.

The past year has seen a nominal increase in OTT users (from 93 percent to 94 percent) and a similarly nominal decrease in broadcast TV users (from 97 percent to 96 percent). This highlights a disparity between industry expectation of these services and their actual rate of acceleration and suggests that broadcast TV remains king for now. 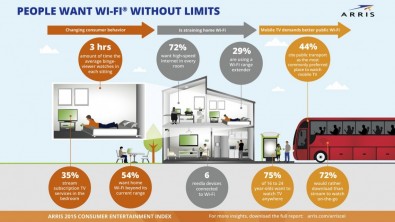 There is a growing disparity between what WiFi provides and what users expect the technology to supply. This often leads confusion among as to what device is at fault.

All of this data, Arris said, represents a growth opportunity for operators who can help end users overcome barriers of inconvenience and cost, and make it easier to download or stream content.

Seventy-three percent of the survey respondents who watch mobile TV use Wi-Fi to do so. Solving connectivity issues for this group by providing reliable, high-speed connections throughout the home is a major business goal. This will come through better Wi-Fi technology and training.

Sandy Howe, Arris’ senior vp of global marketing, said the research underscores four major trends: Consumer dependence on Wi-Fi and consequent frustration with its quality; the concurrent growth and hindrance of mobile TV adoption; the growing preference for downloading vs. streaming mobile content and the increasingly personal nature of binge-viewing.

"All of these trends point to a tremendous opportunity for service providers and programmers to customize their offerings to these new consumer trends and to ensure the quality of the home's Wi-Fi network, which increasingly is bearing the weight of this evolution in services,” Howe said.

A copy of this free report is available here.