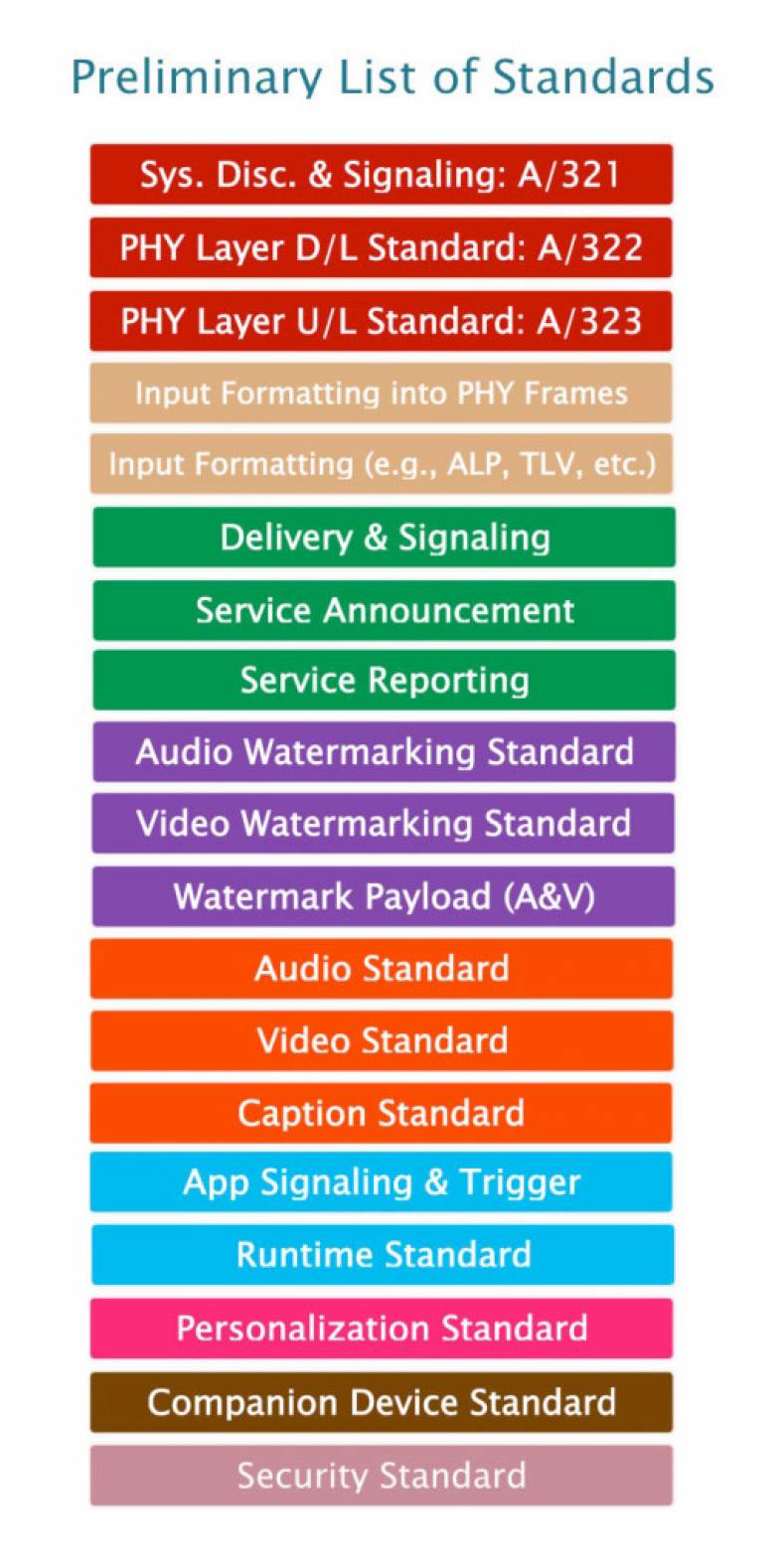 Today’s television viewers have a very different set of demands for entertainment. 20 years back, television viewing was a lean-back, living room entertainment experience, but it has since evolved substantially. Streaming high-quality video content over the Internet is now ubiquitous, with consumers having the ability to watch anything they want, any time, and on any device. Increasingly, more dynamic forms of media are becoming the norm.

If broadcasters want to continue attracting viewers and explore new business models, they need a more sophisticated and flexible digital terrestrial broadcast system. Currently, the Advanced Television Committee is working on drafting the next generation broadcast television system, known as ATSC 3.0, to address these issues. At the time of this writing, the work is well underway, with publication of the first Candidate Standard (A/321).

There are some significant differences between ATSC 3.0 and the first generation broadcast system. This article explores the new technologies and capabilities that ATSC 3.0 provides to broadcasters in addition to outlining the benefits.

Extensibility and Flexibility at the Heart of ATSC 3.0
Technology advances rapidly. In fact, if the industry has learned anything over the last 20 years, with the emergence of the Internet, it’s that broadcasters need a terrestrial broadcast system that makes it easy to adopt new technologies.

Early in the process of creating ATSC 3.0, TG3 (the ATSC 3.0 Technology and Standards Group), decided that the new system would not be backwards compatible. While this decision would certainly make transitioning to a new system more challenging, it also allowed major advances in capabilities that would not be otherwise possible. There is an overall theme of extensibility and flexibility at the core of ATSC 3.0 that will enable the graceful introduction of new technologies, as they emerge, into the system via versioning and signaling, including the possibility of changing the physical layer itself.

ATSC 3.0 Physical Layer
When ATSC 1.0 was created, television receivers were generally fixed boxes in the living room. Today, there is a wide range of fixed and mobile receivers that consumers use to watch television. Broadcasters require a lot more flexibility and robustness in the physical layer of the transmission system in order to support a variety of business models and receiver types.

ATSC 3.0 addresses the requirement for flexibility by starting every frame with a robust bootstrap signal that can be received in even the most challenging RF conditions (see Figure 1.). Aside from providing synchronization, the bootstrap also signals basic information about the technology used in the physical layer to enable graceful evolution of the physical layer in the future, as well as an Emergency Alert Service wake up bit, system bandwidth, time to the next frame of a similar service and the sampling rate of the current frame. The bootstrap is followed by a preamble carrying the information needed to define the payload framing and ends with the data payload. 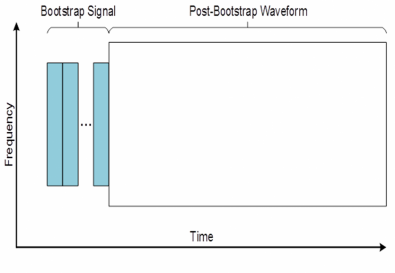 Figure 1. The physical layer of ATSC 3.0 includes a bootstrap that provides robust synchronisation and evolvability.

Leveraging recent advancements in modulation, coding, error correction, constellations, and multiplexing technologies, the physical layer of ATSC 3.0 offers a vast performance improvement. With ATSC 3.0, the BICM chain (Bit Interleaver, Coding, and Modulation) performance is close to the Shannon Limit, the theoretical limit for the amount of information that can be carried in a noisy channel.

Of special note, ATSC 3.0 offers a wide range of operating points compared with ATSC 1.0, which only offers one operating point, intended to deliver HDTV to rooftop antennas. This enables broadcasters to adopt a robust/lower bitrate approach for the delivery of mobile services and/or a less robust/higher bitrate method for distributing services to large screens in the home. Through the use of multiple Physical Layer Pipes (PLPs), the broadcaster also has the capability of utilizing multiple operating modes simultaneously.

ATSC 3.0 Transport Layer
A major change with ATSC 3.0 is the transition from MPEG-2 Transport Stream encapsulation to IP encapsulation for streaming and file delivery. This gives broadcasters the flexibility to deliver hybrid services (i.e., a mixture of broadcast television and broadband components).

One application for hybrid delivery is linear television services with multiple audio languages. This might become useful in situations where a broadcaster’s audience includes viewers of different ethnicities. Broadcasters can deliver the video and a few common language tracks via broadcast while making additional audio track available over broadband. Everything is synchronized and presented to viewers simultaneously. 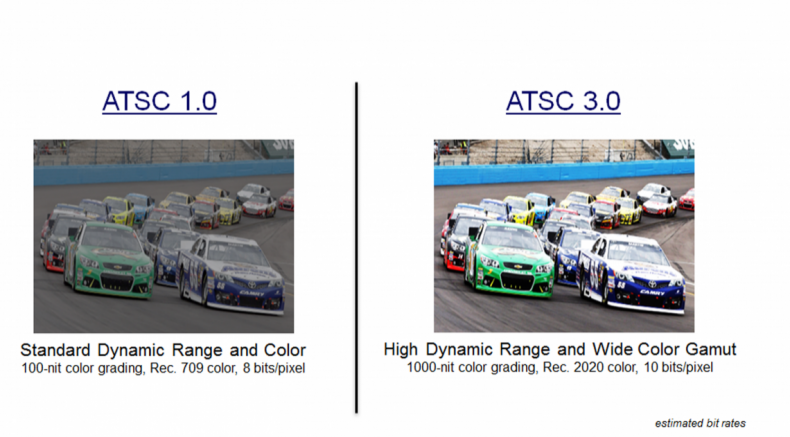 Figure 2. ATSC 3.0 offers a much higher dynamic range and wider colour gamut than ATSC 1.0, making it possible for broadcasters to deliver a superior video quality.

Audio Enhancements
The audio technology that will be used for ATSC 3.0 is still a topic of discussion, yet the new audio system will offer dramatic enhancements. For example, ATSC 3.0 will include interactivity, enabling broadcasters to personalize audio rendering. Broadcasters can choose to give viewers control over certain aspects of the audio, such as the ability to select which tracks of audio are heard. For example, television viewers could choose which announcer to listen to during a sporting event, or turn the announcer off completely and simply listen to the crowd.

Furthermore, ATSC 3.0 will improve upon what is currently available in ATSC 1.0 (i.e., 5.1 surround sound) to enable a fully immersive audio experience that includes height information, typically 7. 1+4. The additional level of immersion adds a significant degree of intimacy to the experience.

Enhanced Media
The support for addressability and interactivity in ATSC 3.0 will enable broadcasters to create personalized and localized content. This enables targeted advertising, which is predicted to have a marked impact on broadcasters' advertising revenues. In addition, it will allow broadcasters to deliver new forms of programming, such as localized weather and interactive traffic reports. Such new capabilities could substantially increase viewer engagement with local news programming.

Benefits of ATSC 3.0 for Broadcasters
ATSC 3.0 will bring value to broadcast television services, extending broadcasters’ reach and enabling them to add new business models. With ATSC 3.0, broadcasters can easily deliver content on all devices, whether fixed, mobile, or handheld. Utilizing the next-generation broadcast system, they can also provide a much higher quality visual and aural experience, such as UHD TV and immersive audio. Broadcasters can exploit the enhanced media capabilities of ATSC 3.0 to deliver interactive, personalized, and localized viewing experiences, as well as new forms of advertisements that will increase the value of television as a commercial message delivery platform. 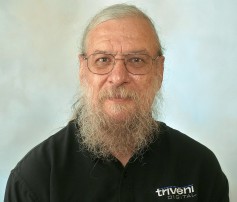