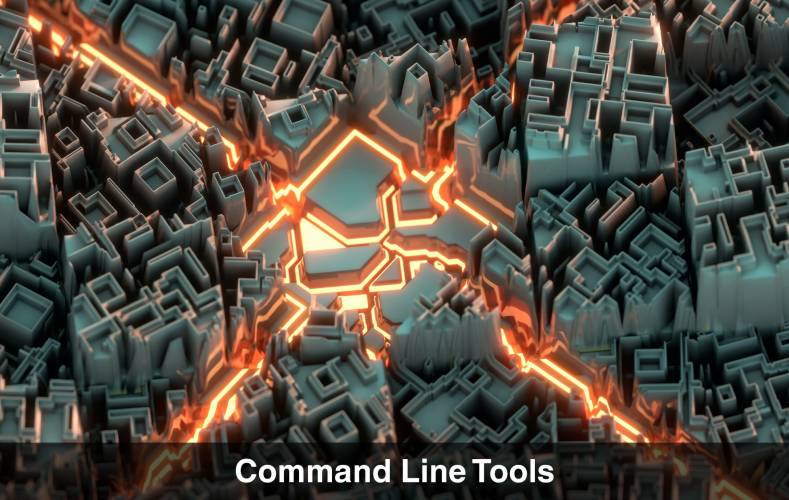 More articles in this series:

The examples will mainly use IP version 4 addresses because they are more concise. In general, IP version 6 addresses work in all the same places. Occasionally you will need to add a modifier to a command to select which type of addressing you want to use.

At each IP address, we connect to a numbered port. Many of these are well known and configured identically everywhere. Think of an IP address being like a street name and a port being a house number in that street.

Security concerns will become more important when you are connecting to machines outside of your local network.

Things that can break

There are many reasons for a communication breakdown between two machines. Here is a list of them arranged in a sensible order for checking:

The Domain Name System (DNS) is a reference list of human readable names cross referenced against the physical IPv4 and IPv6 addresses. It is possible for DNS records to be legal but incorrect.

The first step is to use the nslookup command to resolve a fully qualified machine name to an IP address.  Here is an example of one that resolves a simple DNS record to an IP address:

The first two lines in the result describe the DNS name server that resolved your query and which port was used to connect to it.

These are the most likely response codes you will see.  There are a few others but they are very rare:

If the nslookup succeeded, the IP address returned might still be incorrect even though it was valid. Compare the IP address against your documentation to ensure it is the one you expect.

If you know the correct IP address, then reverse the lookup with the whois command to see if it is configured with a different domain name.

...
{very detailed information about the owner
of that IP address here}
...

% This query was served by the RIPE Database Query Service
version 1.104 (BLAARKOP)

The ping command is a useful tool for determining whether a target node is reachable. If it is, what is the latency of the connection?

If we don't tell it to stop, ping will run continuously until you manually halt it with a [Control] + [C] keystroke. Add the -c {count} option to the command to request a limited number of test cycles.

Here is a single ping test on a machine that is reachable:

If the device is not reachable, then the ping command will tell you there was a 100% packet loss. Indicating a count of 1 will fire the ping test just once but the result will not appear until that test completes the timeout after a few seconds. Prove this with a known to be illegal IP address:

Probe the connection and see if we can reach 'there' from 'here'.Something may be blocking us along the way, or there may be a breakage in the route altogether.Rather like an open circuit in a traditional wired system.

The ping command established whether the other end is reachable.  If it is, then we could use the traceroute command to examine the route that our packets are taking to get there. This may indicate a sub-optimal route which would cause performance issues.

The route is dynamic and might change unexpectedly.  In a high availability environment, there may be more than one route to the destination.  The connection will use the fastest route available but if that fails, the fallback alternative may be slower.  You will need elevated privileges to run the traceroute command.

Here is a partial traceroute result to a working destination:

The asterisks indicate response timeouts.  If you see multiple lines of three asterisks, the traceroute cannot get any further. It does not necessarily mean the node is unreachable. The mechanism that traceroute uses might be purposely blocked to prevent intruders deducing the inner workings of the network.

If we cannot ping the target system, but we think it is up and running, (perhaps with ICMP packets being blocked), then try an alternative.  The nmap tool could run a portscan for example. You may need to install the nmap tool before using it.

Running unauthorised portscans on machines owned by other organisations can get you into serious trouble because it looks like an intrusion attempt. Always ask first and warn your own IT department too.

Once you have established that the target destination is reachable, check whether the ports that your applications needs are open.  Consult your documentation to see what they are. Then use the nmap command to run a portscan on the target. This will report whether they are reachable and which listening services are configured on them.

Run the same check on your own system to see whether other nodes might be able to connect back to you. Substitute localhost for the target host name or use the IP address 127.0.0.1 instead.

After eliminating hardware problems due to faulty cabling and potential issues with the router or network switch, we used the command line to run some diagnostics. The ping tool tested basic connectivity. Then we traced the route between the two systems. Finally, we ran a portscan to see what remote services were available. Some tools require elevated privileges. Manage that carefully and grant them only on a temporary basis when needed. Operating with minimum privileges whenever possible will significantly reduce the risk of accidents. In the next article we will see how to send and receive information from one machine to another and how to ask remote machines to tell us about their status.