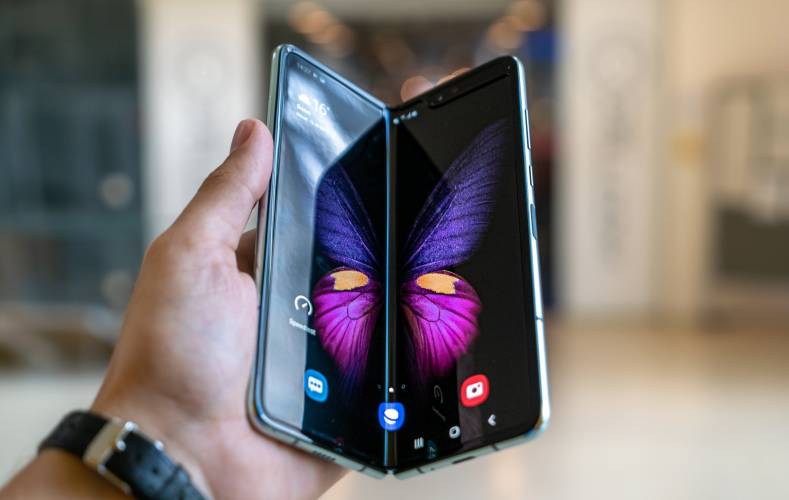 Broadcast and remote production over cellular are coming of age in the 5G era as was evident at the recent IBC 2022 in Amsterdam. Remote production is being extended in the field by highly portable “5G in a box” systems, while for broadcast there is an active debate between two alternative architectures, one enhancing the existing mobile infrastructure and the other imposing an overlay via the HPHT (High Power High Tower) model.

The speed at which 5G mobile services and technologies are permeating the broadcasting industry was apparent at the recent IBC 2022 in Amsterdam, all the more so perhaps after a three-year absence as a physical event. The advances of cellular capabilities into the media industry are most notable on two fronts, distribution and remote production. While the latter was accelerated by the Covid-19 pandemic with its encouragement of decentralized lightly attended remote production, the greatest buzz was around mobile broadcast or multicast, which has struggled to get airborne for almost two decades now. With 5G it is increasingly clear that the time of mobile broadcast has finally come after several false dawns that began with DVB-H (Digital Video Broadcast – Handheld), which was enshrined as an ETSI standard in November 2004.

The history of that and subsequent failed attempts to get mobile broadcast off the ground, such as Qualcomm’s Media FLO, has been widely told, with the essential points being that mobile handsets were not fit for receiving video in high enough quality and mobile networks lacked the bandwidth to deliver it effectively. Furthermore, video streaming even over fixed networks was in its infancy, and it was only with maturation of standards around adaptive bit rate delivery at low latency that the foundations began to take shape for delivery over mobile networks as well. This has led over the last few years to unicast video accounting for a fast-growing proportion of traffic over mobile networks, as well as fixed. This in turn has driven investment in capacity for mobile operators and indeed helped accelerate deployment of infrastructures for 5G, which will progressively bring higher bit rates and lower latencies, as well as being more robust.

So, pressure for 5G Broadcast has come in part from operators seeking to convert transmission of popular live or linear content from multiple unicast sessions to single broadcast ones confined to reserved parts of the spectrum, even if these can be dynamically assigned or adjusted in real time. At a high level, there is little distinction between 5G Broadcast and 5G Multicast, both being for mass delivery of popular content and both requiring infrastructure capable of supporting dedicated one-way transmissions alongside the usual two-way movement of unicast IP packets for other mobile data services. The difference is that while 5G Broadcast reaches all devices currently active on a mobile network, 5G Multicast delivers the data just to cells within which at least one user has elected to receive it. The advantage then of multicast is that it avoids consuming bandwidth unnecessarily by pruning transmissions back just to those network paths leading towards users viewing the content at the time.

With the rise of 5G Broadcast, the debate between two alternative models of delivery has come to a head. The underlying mobile technology at the network level is the same for each, based on eMBMS (evolved Multimedia Broadcast Multicast Service). Developed by the 3GPP (Third Generation Partnership) responsible for cellular standards including those under the 5G umbrella, eMBMS is an enhancement of the preceding MBMS that had evolved under LTE in the 4G era, which again failed to gain widespread traction. eMBMS brings a number of critical upgrades, including higher bandwidth per cell to exploit the capacity gains of 5G, simultaneous reception of both broadcast and unicast services on a mobile handset, and ability to alter network resources allocated to a broadcast session on the fly to improve or maintain users’ quality of experience. There are also incentives for broadcasters or content owners to deliver over mobile networks OTT (Over The Top), subject to agreement with the cellular operators. A key point also is that eMBMS, like MBMS before it, does not require a SIM card for reception, which means that it can deliver to devices other than smartphones or say the minority of tablets and laptops equipped for access to cellular services. This will be increasingly relevant in the 5G era with growth in cellular based Fixed Wireless Access (FWA) services in more remote areas not served well, or at all, by fixed line broadband options.

As for those two alternative transmission models, one is the traditional mobile network sometimes called the Low Tower, Low Power (LTLP) environment comprising the radio base stations familiar to many and sometimes subject to controversy and planning disputes over their siting. This is what eMBMS was developed for. However, the 3GPP then developed a further transmission layer dedicated entirely to mobile broadcast or multicast, known as FeMBMS (Further evolved MBMS), involving a separate sparser network of larger towers overlaid on the cellular network. This has been called the High-Power High Tower (HPHT) model and brings transmission capacity dedicated totally to broadcast or multicast, supplementing the cellular network although still operating within the mobile service.

The first model is likely to be preferred by mobile operators for which the ability to deliver broadcast content at this stage is more peripheral to their business, while the HPHT approach will appeal to those seeking partnerships with broadcasters or major content owners. The HPHT model can also be seen in the context of longer-term convergence between legacy broadcast and mobile broadband services, especially since it moves closer to DTT infrastructure. Indeed, like DTT, an HPHT network supports Single Frequency Network (SFN) operation, as well as being 100% dedicated to the downlink.

SFNs enable the same frequency to be used in adjacent coverage areas, or cells, which brings various benefits. These include better coverage, less interference, reduced power consumption, higher reliability, and greater overall capacity for a given bandwidth, enabling more channels to be delivered. It has already been shown in trials that the HPHT approach in SFN mode is suitable for broadcast services and achieves a coverage area comparable to the latest DTT networks, such as those supporting DVB-T2, when similar modulation and coding schemes are applied.

There were demonstrations of 5G Broadcast at IBC 2022, at least one taking a live signal from a booth and transmitting that over the air around the exhibition centre after passing through a broadcast/multicast 5G core network. This was based on the 3GPP Release 16 standard set, operating in Receive-Only Mode (ROM) and Free-To-Air (FTA) without need for a SIM card, in the UHF RF band.

While mobile broadcast may converge with DTT at the transmission level, it could also dovetail at the service level with other modes of video transmission, including fixed line over fibre and also satellite. Combination with the latter in particular promises to extend robust coverage over large more sparsely populated areas where the two can help deliver more channels and content at a higher quality. A key step in this direction came in June 2022 when the European Space Agency (ESAQ) signed an agreement called 5G Emerge to work with the European Broadcasting Union (EBU) to move towards unified and ubiquitous connectivity combining satellite with 5G networks. 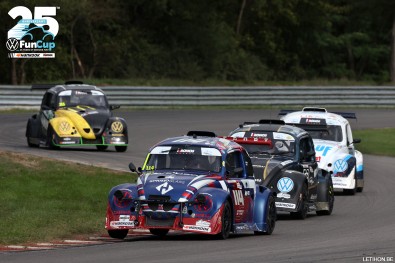 5G has been used for remote coverage at events such as the VW Fun Cup, an endurance car race set up to be more affordable and accessible than say Formula 1.

The remote production aspect of 5G was also evident at IBC 2022, with a highlight being demonstrations of the 5G ‘network in a box’, which can serve a number of use cases but is particularly attractive for live broadcast. Being lighter and more transportable than any effective mobile production system so far, the ‘network in a box’ is conducive for coverage of events at short notice in highly remote locations beyond the easy reach say of SNG vans.

These come in suitcase-sized containers enclosing a 5G network control kit, standing mount, and 5G radio antenna. Such packages are indeed being pitched for coverage of temporary events, such as concerts and hackathons, that require temporary 5G networks. They typically take under an hour to set up, requiring just a standard electrical outlet. They can also in principle be used indoors beyond reach of satellite communications, providing there is access to a 5G signal.

Use of mobile production started in the era of 4G/LTE from around 2010, but was harder to set up, requiring bonding of multiple circuits to obtain enough uplink capacity and struggling to achieve the low latency required for live coverage. The IBC Accelerator Programme this year was set up to show that 5G could achieve sufficiently low latency contribution of content over 5G for live services comprising fast moving action, such as sports. Broadcasters involved included BBC, BT Sport, RTÈ, TV2, OBS, Paramount and Warner Bros-Discovery, with support in the UK from the University of Strathclyde where testing took place. 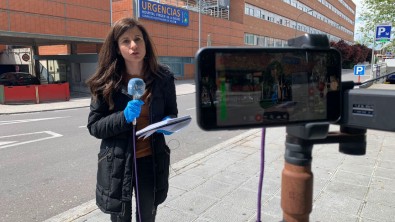 At IBC, it was shown that 5G enabled production features such as camera shading for matching colour across multiple camera feeds as the stream switches between them.

Most recently, even post IBC, some broadcasters have been coming out with their own early experiences of 5G use in both production and distribution. Spain’s state broadcaster RTVE has been among the pioneers, with its Director of Technological Strategy Pere Vila recently insisting that “the arrival of 5G technology could help us to effectively and efficiently improve three very important aspects of television production: having permanently connected cameras, being able to make multi-camera productions in the cloud (or on the edge), and implementing new forms of broadcasting, capable of making an impact on new devices (smartphones, tablets) and enabling new forms of digital consumption.”

Connected cameras constitute one interesting 5G use case for broadcasters by allowing editorial teams continuous and immediate access to images during production, which Vila indicated was particularly valuable for news and current affairs coverage. The broadcaster carried out what it called one of the world’s first live television connections using the standalone version of 5G (5G SA), which allows a network independent of the public cellular network to be established, with the ability to segment it into sub-networks each having different transmission capacities, speeds and latencies.

Also of great interest to broadcasters is the potential for delivery to smartphones and tablets over the cellular network. This can complement existing unicast streaming delivery for live sports and news, which in RTVE’s case was delivered via the low-tower infrastructure approach over its existing infrastructure.

We will be hearing a lot more about 5G from established broadcasters as they pursue convergence with broadband delivery more generally. 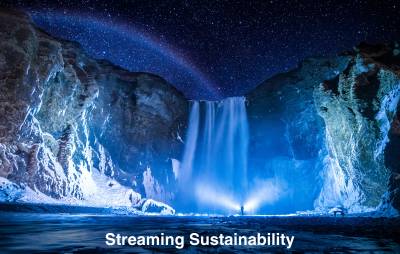