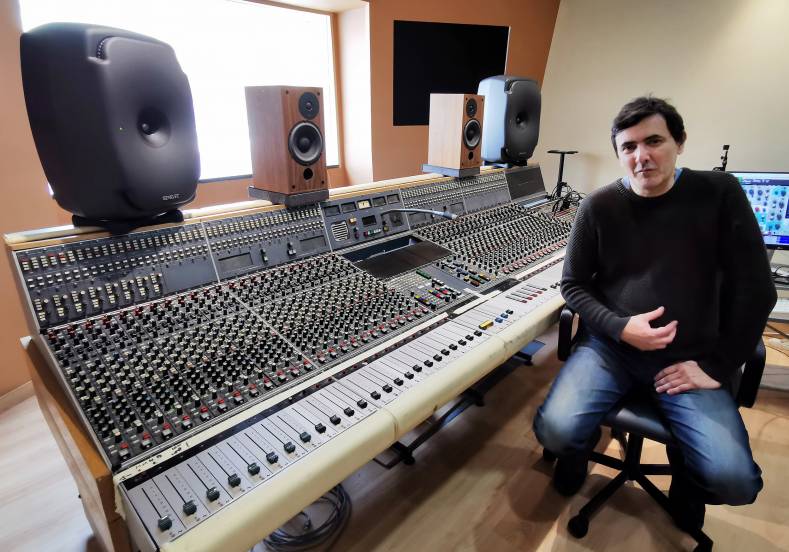 La Casamurada has expanded its recording arsenal with a pair of The Ones 8361 three-way coaxial monitors.

The residential studio has built its reputation on delivering a unique experience for artists that draws on all the acoustic benefits of its historic location, while also offering a thoroughly modern technical environment.

The studio itself is located in the former wine cellar at the base of a defensive tower in a 12th century fortified farmhouse. In 2007, Jesús Rovira, bassist and composer for legendary Catalan rock band Lax ‘n’ Busto, decided that the acoustics made the cellar perfect for recording, and set about creating a space that would give musicians everything they need from a residential studio, while also respecting the original fabric of the building.

The flagship of The Ones series, the 8361 monitors were created to offer an exceptionally wide dynamic range, unrivalled directionality and imaging, and an SPL of 118 dB, providing true reference monitoring even at longer listening distances. The 8361 promotes faster and more consistent decision making, and also allows users to work reliably on longer sessions – because unnatural imaging, a main contributor to listener fatigue, is minimised.

To get the most out of its new system, La Casamurada also took advantage of the calibration capabilities of Genelec’s GLM loudspeaker manager software. To achieve the best results, Rovira worked with Roberto López from Audio-Technica, Genelec’s distributor in Spain, to ensure that the monitors were optimised perfectly for the acoustics of the room.

The new monitoring system has been called into action for numerous sessions in the first few months since the addition of the 8361s.