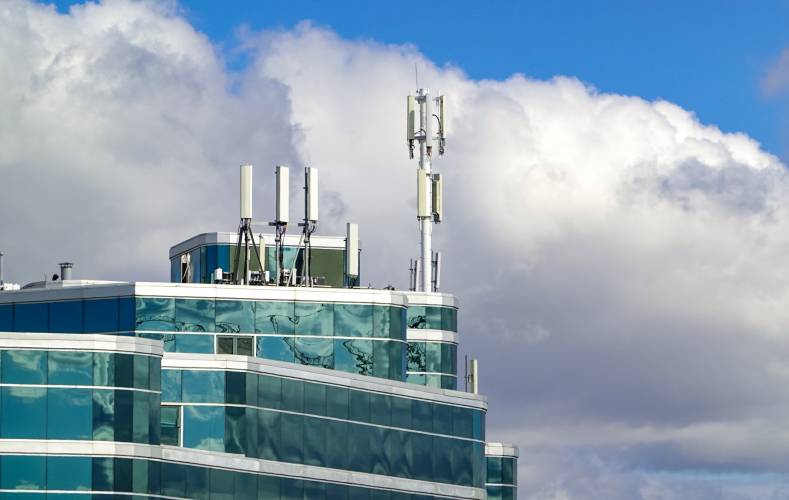 The UK’s sole DVB-T service is called Freeview, and it’s by far the most commonly used and widely recognised way to watch television in the country. Upcoming changes to Freeview, though, will affect the availability of certain BBC channels – and highlight future challenges which face anyone who uses radio spectrum.

Freeview has been the commonest way to watch TV in the UK since at least October 2012, when the digital switchover was officially completed, though many viewers would have been using it for years by that point. For a while, it’s been clear that some of the radio spectrum previously occupied by the service’s transmissions was reallocated to 5G mobile services at the end of June 2022 under an initiative the people responsible refer to as the 700MHz Clearance Programme. DVB broadcasts groups of channels in multiplexes of a few tens of megabits per second each, and the affected multiplex, called COM7 in UK broadcast nomenclature, carries about a dozen channels totalling 36.6Mbps, including several in HD (if that sounds like a rather narrow amount of bandwidth, for so much material, it is, but that’s business).

The concern is that COM7 occupies the radio spectrum around 764MHz, or UHF channel 55, or, if you’re someone with experience in cellphone service infrastructure, band 28. As such, the reallocation is perhaps the most recent example of a tension that’s been building for a decade or two. Broadcast television might educate, inform and entertain the public – those were intended to be the core values of the BBC at its launch – but cellphones represent a fundamental outlet for the new media, and arguably underpin a much wider variety of business models than linear broadcast.

What is actually lost by this change? Well, some will mourn the QVC and QVC Beauty channels, but COM7 also carries the HD version of the BBC’s UK-centric news channel. The HD picture will remain available via the DVB-S satellite service Freesat on the Astra group of satellites, and a couple of other places, though the majority of UK viewers, relying on a mid-century rooftop antenna, will end up with a fuzzier view of world events.

Given the vast respect the BBC’s news output enjoys worldwide, the decision has raised questions, not least the fact that the BBC has chosen to move its BBC Four channel and CBeebies children’s programming to another multiplex – but not BBC News HD. There’s inevitably something of a value judgment involved here, and a commercial one, too, since a lot of Freeview bandwidth is bought and paid for by commercial broadcasters. All that notwithstanding, the result is that That’s TV Music will move to another multiplex, and thus remain available to suitably retuned DVB-T receivers in the UK, while BBC News HD will not.

Regardless of anyone’s opinion on any of this, the broader issue is convergence. One of the other places it’ll still be possible to watch BBC News HD is on the BBC’s iPlayer streaming service, and it’ll likely be possible to do that on a cellphone using the exact same UHF spectrum vacated by COM7. Moreover, because DVB-T is a linear broadcast system that constantly transmits everything all at once, providing roughly the same service with an IP network, which only sends exactly what people want exactly when they want it, and which potentially uses smarter codecs, is likely to make better use of bandwidth, give or take recent multicast provisions in IP networking.

So BBC News HD will, in some sense, still be available over a 764MHz digital radio link, and possibly better than it was before. This sort of convergence is happening in other areas, too. To stick with the UK as an example, the communications regulator published a paper in 2009 which discusses the move from old-style switched copper telephone systems – the public switched telephone network, PSTN – to universal voice over IP, VoIP. That might mean everyone needs a router-modem in the house in order to make phone calls, though other changes ought to be more or less invisible to the user.

The current system of separate PSTN and network provision involves simultaneously managing two layers of technology on one set of hardware. Removing one of them simplifies things, as well as allowing for the frankly clearer, better sound quality of a VoIP link compared to the not-even-twentieth-century technology of conventional phones. Much of the network is already VoIP-based, with converters at various distances from the customer-facing edge to keep traditional phones working – that’s how attractively convenient IP networks are.

And there’s already some suggestion that radio-based communications are targeting landline phone systems, perhaps because ownership of those crucial copper lines, which connect individual properties to the world, have sometimes been a way to control access to the consumer market. For many people, the phone line is nothing more than an unwanted prerequisite to broadband provision, and if cellphone connections get good enough, there’s a question as to whether anyone will want or need a landline at home.

That idea seems built into the very fundamentals of 5G cellphone services, given that the 60GHz radio frequencies which the system can optionally use will inevitably have a much shorter range than preexisting cellphone links. They have been suggested for links from a point on a street to surrounding houses. They won’t go further than that, because as frequencies rise, signals are also much less likely to penetrate obstacles and more likely to reflect from them, thus creating regions of interference with unpredictable signal blackspots.

The reason that those downsides are tolerated, and that high frequencies are used anyway, is partly because more frequency implies more bandwidth, but also precisely because radio spectrum in the more desirable, lower-frequency ranges is so congested. 5G’s high-speed, short-range modes thus seem tailor-made to allow cellphone providers to compete with the local copper wiring which serves individual homes, and which has kept landline phone companies exclusive for so long. At face value, it’s a boon to competition.

Going to very high frequencies in the tens-of-gigahertz region, though, cannot be a universal solution. These frequencies are often occupied by not much other than radio astronomy, radar applications and satellite downlinks (the Astra 2E communications satellite covering the UK and Middle East operates in the Ku-band at around 10GHz). As we’ve seen, though, reasonable range requires lower frequencies, and that’s where the pressure really builds up. American radio microphone users encountered much the same sort of pressure that’s about to shut down the UK’s COM7 multiplex back in 2020 when it became illegal to use certain radio spectrum around 600MHz, which had been reallocated for broadband provision.

Radio microphones, particularly in live applications where near-zero delay is required, are a good example of devices which can’t reasonably be replaced with systems based on inevitably higher-latency, general-purpose radio networking like wifi. The widely-adored Teradek series of on-set video transmitters are a popular case in point: the engineering approach (called joint source-channel coding) is by its nature not something that can migrate to general purpose radio networking. Competing options which try to duplicate Teradek’s functionality using conventional radio networking suffer noticeable penalties in terms of delay.

Other examples include things like aircraft VHF voice communications (which operate in the low hundreds of megahertz), or the sort of portable communications used by the emergency services, or more or less any other single-purpose radio service that doesn’t want, doesn’t need, or can’t reasonably use full IP networking. Not everything, sadly, can plausibly migrate to the internet of things.

The result is a harsh technical reality that not every frequency range can reasonably be annexed by consumer data communications. That reality creates a situation in which we need to make difficult decisions with an eye for the long term, given these issues potentially affect humanity at the societal level and probably deserve a broader look than they often get.

Whatever happens, it’s plausible that a large majority of future consumer connectivity, from voice to TV to email, is likely to come down one or more internet protocol pipes. What that means for conventional TV is… well, pretty grim. Networks can stream TV like that, especially using multicasting provisions specifically intended for this situation, but they generally don’t.

What certainly doesn’t seem likely is that we’ll see terrestrial bandwidth being freed up for conventional TV distribution, the kind of television distribution that still represents the majority of linear TV watched. In the end, this is a microcosm of the response to a shifting of consumer demand from (things like) FreeView to (things like) YouTube, which has already had a profound effect on traditional organisations which have spent decades dedicated to publishing a program guide. To date, many of them have largely been able to work on the basis that large-scale change to the way they operate is some way off.

The phrase “beginning of the end” is overused. It might not be an avalanche. It might be a process, but the end of COM7 might well be part of that process.