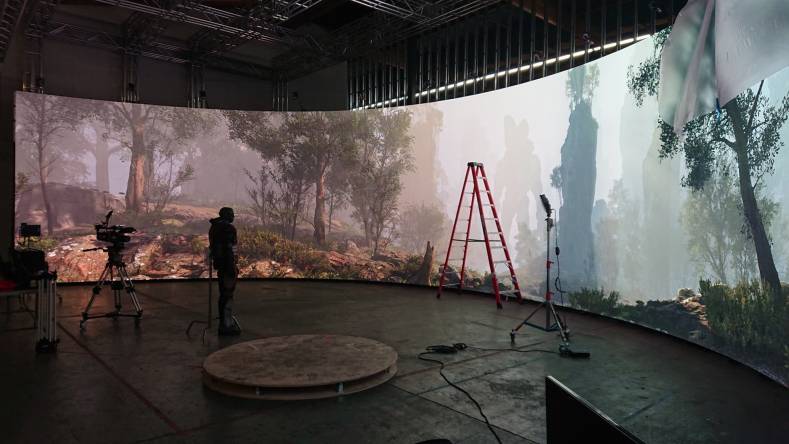 Nobody’s risking much, in 2022, by assuming we’re living through the genesis of virtual production. There are enough high-profile productions happening to lend the technique some legitimacy, and while the surge in both interest and the provision of facilities makes it hard to say how demand and supply are matching up, activity is at fever pitch. 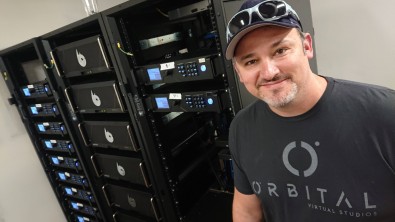 With things changing so fast it’s hard be certain, but what’s probably one of the most capable virtual production stages in Los Angeles, if not in North America, is currently under construction at Orbital Virtual Productions in downtown LA. With two stages due to open toward the end of the year, Orbital was co-founded by A. J. Wedding and Chris Cope and began construction during 2021 in what had been a very large warehouse.

As with much of the film and TV industry, there are surprisingly few secrets, possibly because proper understanding helps head off problems and is good for everyone. Like many virtual production people, Wedding’s involvement came from a broad base of technical and creative experience. “I've been in production for twenty years, doing everything from acting to writing to being on set and in VFX. When this tech surfaced, I thought it fits my skill set perfectly - I should really get into this!”

“I’d never shot with an LED panel,” Wedding continues, “so I reached out to a couple of brands to see if I could maybe buy a couple of them. When I talked to Planar they said ‘we see you have a history in production, and if you wanted to give us some feedback that'd be great!’” Wedding spent much of the pandemic with a five-by-five-panel test setup “in my garage. My industry friends and I were testing with it, and probably with other feedback too, Planar built a new version of it and that was more or less the start of Orbital being who we are.” The company’s less-enormous stage is still a generous fifty feet wide by twenty-five deep and fifteen tall, with a horizontal resolution of 32K. That makes it large enough to handle anything up to cars, while the larger facility – shown under construction in the images accompanying this article – is an absolute monster, 75 feet wide by 50 deep, towering over observers at 24 feet high and 64K from end to end. That’s big.

Orbital moved in during August 2021. The sheer scale, Wedding says, was “the hardest part - it was the only building we found with a wide enough span between the columns. That, and also it's right across the bridge from another studio which was recently taken over by Apple so we're close to where Apple shoots. It's not really a location day if we're just over the bridge!”

64K is a lot of pixels. While some virtual production walls actually have a fairly modest resolution, controlling costs, that means the wall must often be out of focus, depending on the camera and lens configuration. Getting this wrong might reveal the pixelated nature of the wall or provoke moire. Orbital’s stages, meanwhile, use panels with a 1.5mm pixel pitch, a comparatively high resolution in a world where many facilities are beyond 2mm. That, as Wedding says, makes for greater flexibility in camerawork. “I'm on a show right now in Chicago – it's a TV show, it's not a little experimental project - and yesterday we did a bunch of car sequences. In every single one of them we drew focus to a wall. On one production they used an 18mm lens about eight feet from the wall, and they didn't have a problem.”

One misapprehension Wedding is keen to correct is the potential for LED video walls to light scenes. Certainly, some part of the value of an LED video wall is the convincing interactive lighting that the relatively high power emitters can cast on the scene. At the same time, though, LED video walls lack the multi-emitter, phosphor-converted technology of LED movie lights. The light from video walls, while exquisitely coordinated with the content of the virtual scene, has poor color quality, and might not make production designers or actors happy if relied on as a key.

“It’s constantly something we're trying to be clear about,” Wedding says. “There's a real art to it, which is sort of the opposite of the information that's out there which says you can light your actors with the LED wall.” That, Wedding reinforces, is not necessarily a good idea, and has led to pushing panel manufacturer Planar for new technologies. “It's OK to have a bit of ambient light coming from the wall. I'm talking with Planar about doing a panel with red, green, blue, amber and white emitters, as opposed to just red, green and blue.”

Such a vast wall of video display panels inevitably implies significant power consumption. As Wedding explains, though, LED emitters can easily push out enough light to overcome the midday sun on the Las Vegas strip, and Orbital’s stage doesn’t need that much. “I had the manufacturer reduce the highest brightness by half and that reduced the power need by half. For virtual production, most of the time I want the highest, the best, but in this specific situation it's better if the peak brightness is lower. Otherwise, we’d be constantly dimming them anyway, and that uses up the precision we have given the bit depth of our signal.”

“And the computers probably take as much power as the LEDs themselves,” Wedding reflects. With the computer facility crucial to the whole facility, Orbital’s installation has been built with reliability in mind. “We want to go to the standards that are being used for datacenters across the world,” he goes on. “I think the production industry is going to have to go that way. If, ten years ago, you'd said every stage would have a datacenter, people would have laughed at you, but we’re constantly moving data across private networks to show dailies. The fact that we can give, say, Disney a private fiber line means it's like we're in their studio and that means a lot to them.” 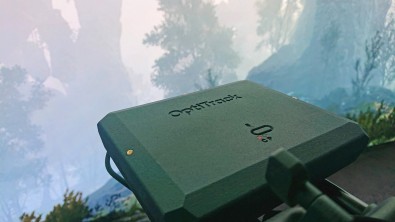 No matter how wonderful the display, though, the success of any virtual production stage depends hugely on the material it shows. Some productions might shoot live action in a spectacular location, while others rely on real-time rendered scenes. In April this year, Orbital's cameras were outfitted with Optitrack tracking systems to provide camera position data to Epic Games’ Unreal Engine, as developed for computer gaming. Most gaming systems, though, aren’t required to render images 64K wide, as Orbital’s larger facility will, and the required computing resources have their own protected space on the new stage.

Each server is responsible for rendering a 2.5K square section of the wall at 120Hz, connected to the accompanying LED panel controllers via DisplayPort. “DisplayPort 1.4 allows us to do ten-bit HDR on all the signals over the five-foot distance to the controller, then optical fiber runs to the wall. Each one of the servers has a dual NVIDIA RTX A6000 graphics card in it, so it’s not clunky. It's just buttery fast.” As a result, production designers have the freedom to design almost anything, and the construction of the 3D world is a task in itself. “It all comes down to what the goal is,” Wedding says. “Clarity is everything: it can do anything, but only if you program it to. We'll use subcontractors to do a lot of the work, but we have to have eyes on what's being built. It has to be built to the spec of our stages, and every stage is different. If it's going to be a high level production there'll be a lot of back and forth. They'll want to see it on the wall with the camera and make sure it's coming across as it does on their screens at the studio.” 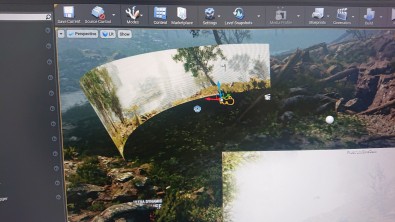 As Wedding puts it, while virtual production is clearly ascendant, it’s also new enough to provoke new ideas. “We're always sitting in meetings going ‘what if we did this?’. One big capability is that you can move the world. It's not so much about how we get a crane to do a move around a car. You don't have to do that. You can have a camera on sticks and move the car and the world. We're doing a couple of interesting things – say King Kong picks up the damsel in distress and holds her up to his face. She doesn't have to leave the ground. We did another project where we had a motion-captured character being shown live on the wall interacting with a real human, and they're able to interact with each other. It's really interesting and there are a lot of unbroken paths.”

Orbital’s facility is projected to open toward the end of 2022. Wedding betrays a little impatience: “I want to open next month! On the small stage, we're already taking on small projects. We're doing the FX show Justified: City Primeval. I'd say we'll probably be open in the fall.”