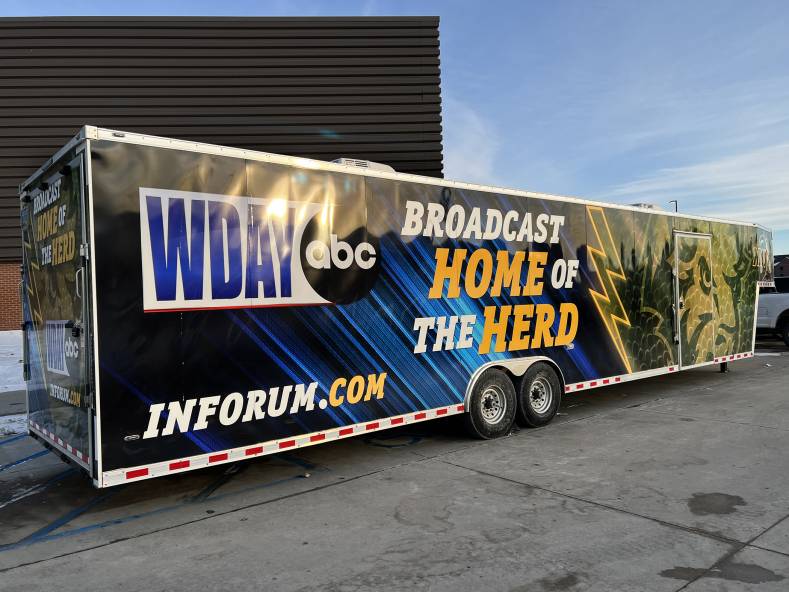 With a large-scale truck came the need for bigger cameras and Johnson found the solution in the GY-HC900 CONNECTED CAM Broadcast Camcorder from JVC Professional Video, a division of JVCKENWOOD USA Corporation.

A long-time user of JVC, Johnson knew the GY-HC900 would be the right camera for the job. “We have deployed JVC for over a decade and they continue to manufacture top-of-the-line cameras that work incredibly well,” he says. “With its advanced technology and capability to handle bigger lenses, the JVC GY-HC900 was exactly what we were looking for in a camera. Football and basketball productions are growing in scale and the GY-HC900 allows us to handle whatever size production we need.”

“When we built the NDSU Bison sports production truck, we knew JVC would be part of the build,” adds Johnson. “The GY-HC900 allows us to broadcast with a clarity that rivals any sports production today. In addition, live streaming to the NDSU and WDAY websites is now much more efficient when using the HEVC/H.265 plug-in encoder.”

In addition to NDSU sports, Johnson plans to use the truck for various high school sports productions, including local area hockey, basketball and golf events.