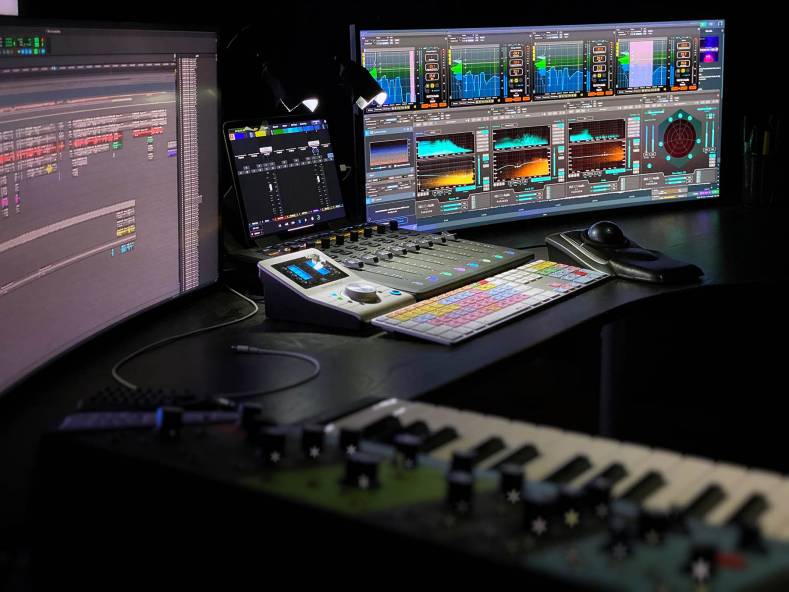 NUGEN Audio is shining a spotlight on its 3D-compatible convolution reverb, Paragon, for the broadcast/film audio market.

Offering full control of the decay, room size and brightness via state-of-the-art re-synthesis modelled on 3D recordings of real spaces, Paragon provides an unprecedented level of tweak-ability, with zero time-stretching―meaning no artifacts.

The company is also calling attention to the latest updates for its Halo Downmix plug-in, which now increases the software’s compatibility to allow for greater flexibility and collaboration across a broad spectrum of project types.

Using state-of-the-art technology developed alongside the University of York’s Dr. Jez Wells, Paragon features spectral analysis and precise EQ of the Impulse Responses (IR), which are analyzed, decomposed and re-synthesized to create new authentic spaces. This ensures a small digital footprint for the IR library and makes it possible to configure limitless combinations of spaces with just a few adjustments to the settings. It also features individually configurable crosstalk per channel; unique technology for re-synthesis of authentic IRs, HPF and LPF per channel; and switchable LFE.

“With purity of sound at the forefront of this plug-in, Paragon operates in up to 7.1.2 channels of audio, making it perfect for surround applications, including Dolby Atmos, as well as for producing reverb in mono and stereo formats,” says NUGEN Audio Product Specialist Freddy Vinehill-Cliffe. “Unlike traditional convolution reverb, Paragon does not use static IR, which provides a wider scope to transparently transform the sound of a space. It is ideal for re-creating authentic sounds of real spaces and manipulating IRs while still maintaining true convolution characteristics.”

Following the initial launch of Paragon, NUGEN added new presets and an improved browser, with “search,” “tagging” and “favorite” functions. These added elements are especially important to people working on movies and TV shows with exterior scenes, which are found in nearly every production. Additionally, the new preset browser makes it easier for users to organize their presets, which further expedites the creative process.

Most recently, the company released Paragon ST, a mono/stereo-only version of the software and, along with it, came a series of further updates to Paragon surround. This included new stereo width controls, which provide instant stereo enhancement with the assurance of superb mono compatibility and no unwanted artifacts. Additionally, the new mic distance control adjusts the level of the early reverb reflections, giving the impression that the affected sound is either closer to or further away from the listener, without adjusting the characteristics of the space itself. Lastly, the added modulation function gives users a greater level of creativity and a dynamic character to the reverb.

While Paragon has been at the forefront of NUGEN’s initiatives during the pandemic, the company has also focused on updating several of its products. In the broadcast/film world, this included Halo Downmix, which now has a broadened channel count support to address less common output formats. With this update, Halo Downmix is capable of downmixing from 7.1 and 5.1 to any of the following configurations: 7.0, 6.1, 6.0, 5.1, 5.0 and 4.0, as well as LCR and stereo. The optional 3D extension also supports downmixing from 7.1.2.

Halo Downmix can now support all of the same channel arrangements as Halo Upmix, which allows users to fill in the audio gaps by taking productions from Netflix-compliant 7.1.2 Dolby Atmos formats fully down to lower channel counts.

Included in both the NUGEN Post bundle and Surround Suite packages, Halo Downmix enables precise surround balancing, mix monitoring and stereo fold-down. The perfect complement to any surround production toolset, Downmix is the glue that brings a workflow together. The implementation of the latest updates makes it possible for production mixers to deliver projects in a wide array of formats, with ease and without compromise.