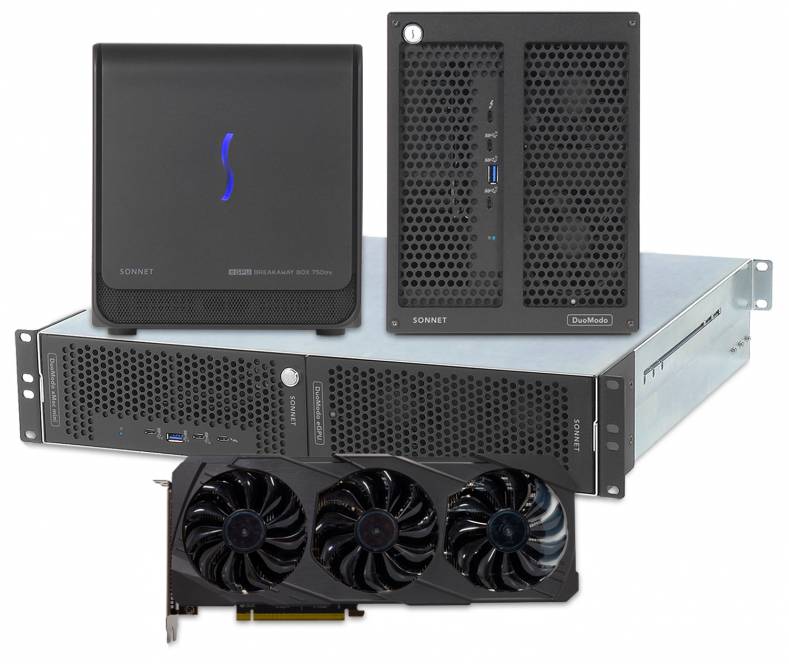 Sonnet Technologies, based in Irvine, California, has released product bundles for its Thunderbolt technology range, including the AMD Radeon RX 6900 XT graphics card and select models from its Sonnet’s DuoModo and eGPU Breakaway Box lines of expansion systems for desktop and rack installation.

These additions are significant because they enhance the expansion capabilities of the Thunderbolt products, helping professional video and audio users overcome limitations in connectivity and adaptability associated with their favorite computers, according to the company. The capabilities to connect PCIe cards to computers lacking card slots and install Mac mini computers in computer racks have already proved integral to countless workflows, Sonnet added. Yet while the eGPU Breakaway Box 750ex and DuoModo eGPU Module systems have been extremely popular, customers have been frustrated over the past year by the extreme scarcity of the latest GPU cards needed to complete the systems, and by the greatly inflated prices when inventory does become available. To create these bundles, Sonnet has made prior arrangements to procure the card most requested by its pro users.