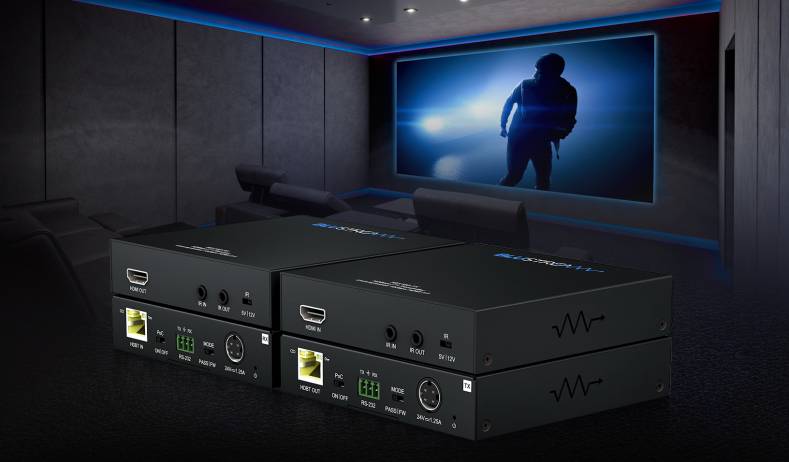 Designed for luxury home theater and the executive boardroom premium AV deployments, the HEX18G-KIT delivers 4K 60Hz 4:4:4 UHD, HDR10/10+, and Dolby Vision up to 328 feet over a single Cat6A cable.

“The zero-compression HEX18G-KIT is designed for applications that demand the absolute highest video quality, from the luxury home theater to the executive boardroom,” said Martyn Shirley, Blustream GM. “By delivering full 18Gbps HDMI 2.0 video and audio over a single Cat6a cable, the HEX18G-IT offers true uncompressed and unconverted performance.”