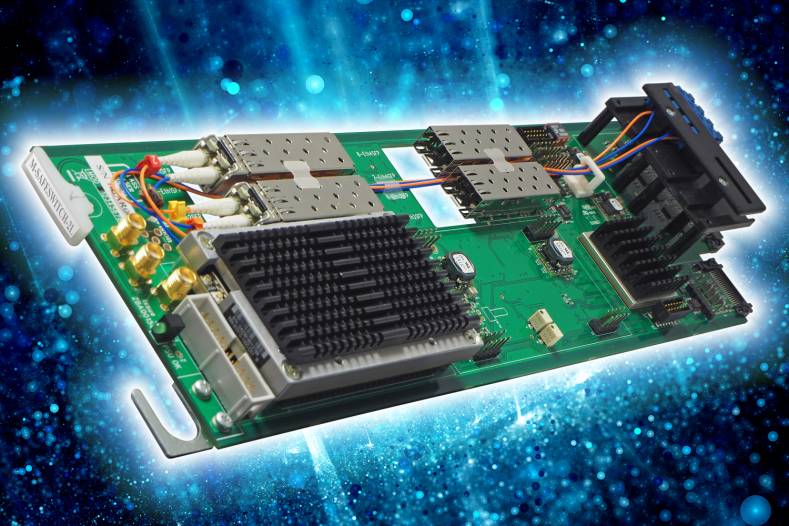 As part of a refurbishment project, an unnamed UK broadcaster has an issue solved by Crystal Vision and its MARBLE-V1 apps.

Crystal Vision explains: The broadcaster was looking for 28 synchronizers for its 1080i and SD SDI signals, split between two studios. There were two specific requirements. They wanted a second input for each synchronizer, to be used for a common test signal containing video and individually recognizable left and right audio. The second requirement was to ensure the output was legal and suitable for distribution on national networks that specify the signal to be in the ranges set by EBU R 103. The conventional way to do this would be to have a selection switch before the synchronizers and then a legalizer on each output – an expensive solution that would have used considerable rack space.

Instead, they turned to Crystal Vision’s MARBLE-V1 media processor. Its software apps can be adapted to requirements. The M-SAFESWITCH-2L IP/SDI fail-safe routing switch and legalizer app was created to provide the broadcaster “with a unique and elegant solution to a complex SDI studio requirement, saving them both money and rack space while providing an instant upgrade path to IP, including built-in gateways.”

This created a new dual channel app – the M-SAFESWITCH-2L – which combined the safe switching, synchronizing and legalizing features of the existing M-SAFESWITCH-2 and M-COCO-2 apps.

Apparently, this solution halved the number of products required as each M-SAFESWITCH-2L could process two video signals as well as the test signal. The dual functionality also halved the number of test signal feeds required, as the two independent switches in the M-SAFESWITCH-2L could share an input. It allowed 14 MARBLE-V1 media processors to provide all the processing for 28 channels of video, giving each channel a synchronized output that fully met EBU R 103 as well as access to the test signal. This installation used SDI signals, but SFPs were supplied so that ST 2022 and ST 2110 video could also be used for familiarization with working in an IP environment.