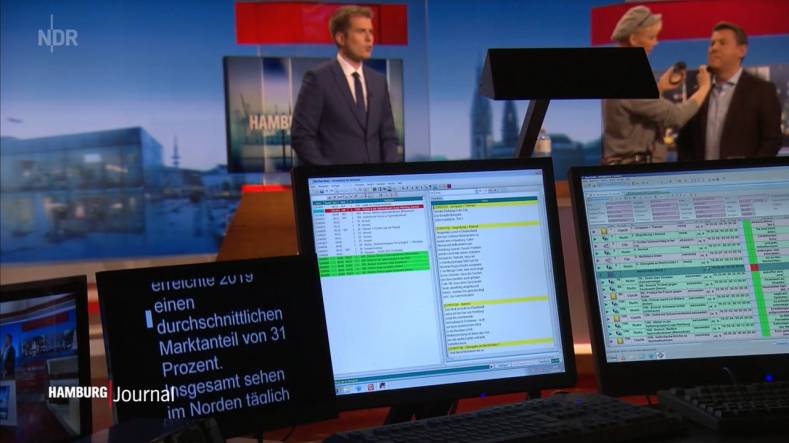 CGI, a newsroom system provider, says that Germany’s NDR, a member of the ARD Group, has integrated StudioDirector 2.0 into its existing OpenMedia newsroom ecosystem.

The public radio and television broadcaster NDR broadcasts for the German states of Lower Saxony, Mecklenburg-Vorpommern, Schleswig-Holstein and Hamburg, and first became a CGI (previously called Annova) customer more than 15 years ago when it implemented an OpenMedia newsroom system for its news production staff. The application of StudioDirector 2.0 from CGI follows NDR’s strategic movement to operate its new NDR1 studio as a broadcast automation-supported control room to produce the regional magazine format ‘Hamburg Journal’ and the news format ‘NDR-Info’.

When stories are created from scratch they typically start uncoded and therefore require additional work before they can run properly in the automation system. The integration of StudioDirector 2.0 into NDR’s existing OpenMedia newsroom system enables their editorial staff to focus on the content and dramaturgy of the show avoiding struggles with required directives or automation templates or adapting the new show design.

“CGI’s StudioDirector 2.0 allows news organisations to offload monotonous and repetitive tasks such as inserting automation MOS (media object server) commands and ensuring all required graphics are linked or de-linked before going to air,” explains the company. “Journalists and directors can select the desired studio layout for their stories in a show from a predefined list of models. This dramatically increases efficiencies by freeing up valuable editorial time and reducing the chance of errors, especially when it comes to last-minute edits on fast-moving stories.

“The benefits of StudioDirector 2.0 is that it’s intuitive to use, everything is automated and the tool interacts with existing IP-based systems. StudioDirector 2.0 plays a critical role in the interaction between the editorial system and the control room automation. With the new StudioDirector 2.0 installation NDR can now use the full potential of its OpenMedia system in the studio and gallery, which helps them to reach the next level of broadcast-future.”