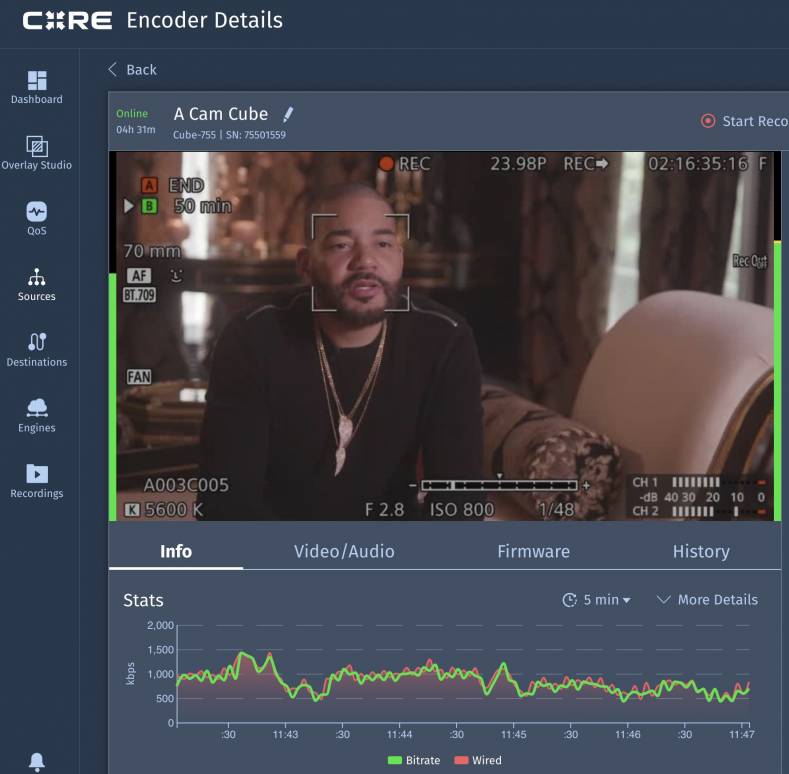 When Graham Sheldon got the call from showrunner Johnny Fountain to be his DP for Remote Production on the new Behind Every Man series, he was up to the challenge. Sheldon’s technical background, and his willingness to try new and potentially un-proven shooting methods made him uniquely capable of professionally capturing the interview-heavy docu-series amid COVID-19 restrictions.

Behind Every Man shines the spotlight on the strong black women behind famous men, focusing on the passions, struggles and sacrifices they have endured to support the men they love. Hosted by Melody Holt, featured couples include: Tammy and Kirk Franklin; singer-songwriter Ne-Yo and his wife Crystal Smith; Wyclef Jean and Marie Claudinette, Usher and his mother Jonnetta Patton, and many more.

Each of the ten episodes includes 5-7 interviews of the various personalities from their own homes, sometimes across the city, state, or country. Under normal conditions it would be a challenge, but in 2020 it also had to be safely COVID-19 compliant. And it had to look fully professional—computer-style interviews would not cut it.

That’s where Graham Sheldon came in. “There could be no crew members on the scene. All equipment had to be set up by the talent and their COVID-19 pod in their house,” says Sheldon, “We had to make sure it was easy for non-camera pros to set up, right out of the box.”

Keeping it simple was the mandate. For camera, Sheldon chose the Canon C300 MK II thanks to its quality of facial auto focus. Along with it he selected the Sigma 24-70mm lens because he knew he could rely on its autofocus. “We shot in UHD so post could have autonomy over composition.” To avoid memory card swaps Sheldon went with the large SanDisk Cfast 256 GB. Their simple audio kit would be set to “auto”.

For the critical real-time streaming and monitoring he called his friends at Teradek. “I needed a level of confidence that it would work in real production scenarios with people who were particular. I knew that the Teradek team would have it figured out,” Sheldon reasoned.