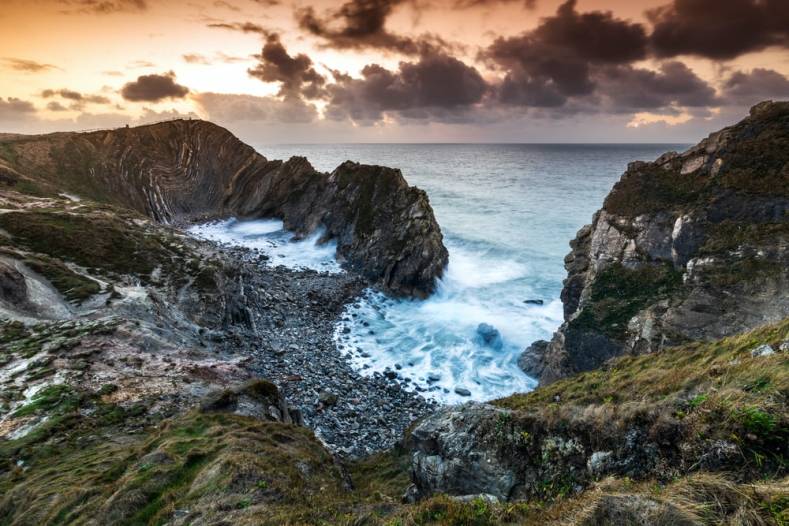 The H.266 codec has been designed with 8K content in mind. Photo by Chris Meads on Unsplash

That means H.266, which itself goes under three other names, Versatile Video Coding (VVC), Future Video Coding (FVC), and MPEG-I Part 3, could either halve the bit rate for a given video quality, or greatly enhance quality within a given bandwidth. The same benefits apply to storage as well as transmission, which could be significant for say pre-emptive caching of 4K content to user devices such as smartphones and tablets where on-demand content is downloaded speculatively at off peak times to users deemed likely to want to view it later.

However, some commentators and MPEG itself have been excitedly talking up H.266 as an enabler for 8K content and services, which is premature at best. This is not just because there is hardly any 8K content available and not likely to be much in the near future, but also that the format will deliver no discernible gain in quality for most consumers viewing at comfortable aspect ratios.

Tests have demonstrated 8K, at 4320 x 7680 pixels, only delivers a perceptible improvement in viewing experience over 4K, at 2160 x 3840 pixels, on very large screens. Furthermore, that perception is only achieved at distances up to at most two meters, too close to take in the whole field of view on such large screens. Enthusiasts for 8K tend to forget that there is a maximum practical aspect ratio for viewing which encourages greater distance for large screens, at which point 8K fails to deliver any noticeable improvement in quality. Partly for that reason, the focus will remain on 4K enhanced by Wide Color Gamut (WCG), HDR (High Dynamic Range), and HFR (High Frame Rate). There is evidence from focus groups that even 1080p full HD at 1080 x 1920 resolution, when coupled with WCG, HDR and HFR in the case of fast moving action, improves perceived quality more than a step up to 4K on its own.

There will be use cases for 8K but these will be for applications like zooming in on parts of the picture where the extra resolution will then mean even when stretched out the image quality will still look good enough on a big screen. The main case for the new generation of codecs though will be for delivering ultra HD content over bandwidth constrained networks, particularly for streaming. Although increasing penetration of fiber and deployment of 5G will increase bandwidth for both fixed and mobile services, it will not be enough for streaming 4K content without further gains in compression efficiency.

Against this background, the various contending codecs can be analyzed. MPEG’s two others, Low Complexity Enhancement Video Coding (LCEVC) and Essential Video Coding (EVC), are more complementary to H.266 or VVC, than competitive. LCEVC is not in fact a standalone codec at all but a booster for existing ones such as HEVC/H.265. It works by taking a base image encoded at a resolution lower than that desired by using the target codec and then adding detail by combining that with two layers of what are known as “encoded residuals”. The latter are calculated by taking the difference between the original video and its compressed representation, yielding additional detail that can then be combined with that baseline encoding. As well as increasing encoding efficiency by around 30% over the associated codec, LCEVC has the additional benefit of reducing decoding complexity compared with a standalone codec operating at comparable resolution, which can increase battery life on mobile devices.

EVC is a separate codec, as an alternative to AVC (H.264) and HEVC (H.265), but is still just a workaround, in this case in an attempt to circumvent the disrupted licensing structure of either of those. It does this by offering a baseline profile using royalty-free technology that can therefore be deployed free of those charges, but with a mainline profile offering greater encoding efficiency that would incur licensing costs.

Both those codecs are not major advances and are stopgaps, in the case of LCEVC to delay need for upgrade to a more advanced technology and for EVC to offer a royalty free option. VVC/H.266 is more interesting as it represents MPEG’s next major step in a field that has become more competitive than it probably anticipated when work on it began around 10 years ago.

That work has been conducted by Fraunhofer Heinrich Hertz Institute alongside several big tech companies, some of which are also in the rival Alliance for Open Media (AOMedia), so could be said to be hedging their bets. These include Apple, Intel, Microsoft, Qualcomm, Huawei, Ericsson and Sony, the first three of which also belong to AOMedia.

Like other advanced codecs, VVC/H.266 enables greater storage and bandwidth savings when encoding ultra HD content at 4K and even more so at 8K, because there is more scope for compression with greater redundancy at higher resolutions. To take an extreme example, if there was a large amount of grass or sky with almost identical color, this can be represented in a similar number of bits whether the original was 8K or plain SD.

VVC/H.266 then will generally match the fidelity of say HEVC/H.265 at about 50 percent the bitrate, but perhaps slightly better than that for 4K and 8K. However, while that codec has been in the works, the alternative AOMedia has come out with its own advanced codec AV1.

AOMedia’s roots date back to Google’s decision over a decade ago to use the VP8 codec and then its successor VP9 instead of H.265 to encode its own YouTube videos. This then led to a consortium, now including just about all the tech majors including Amazon, Apple, Facebook, Google, Microsoft, Cisco, Intel, IBM, Netflix and Samsung, to develop AV1 in turn as VC9’s successor. This has already been endorsed by major platforms such as Amazon’s gaming and esports streaming platform Twitch, which has committed to total use of the format across its infrastructure by 2024.

AV1 has already demonstrated encoding efficiency about 35 per cent better than HEVC and has its successor AV2 in the works. Almost more importantly, it is not encumbered by the same licensing baggage and should be free of royalty expenses, even if there are still a few lingering questions over that. This reality has been most persuasive in major video streamers such as Netflix selecting AV1 for delivering content to Android devices as of February 2020 and planning to extend this to iOS devices such as iPhones and iPads now that Apple is a member of AOMedia. The latter was a significant move because Apple had not supported the preceding VC9 and therefore it was not possible to watch YouTube in 4K on iOS devices, including Apple TV boxes.

What this boils down to is that in H.266/VVC MPEG has come out with a codec capable of competing in the field, success depends on sorting out the patent quagmire. This much has been admitted by one of MPEG’s founding fathers, co-founder and former chairman Leonardo Chiariglione, who has spoken out on these issue many times over the last few years. As he put it, H.266/VVC will not fare any better for adoption than HEVC unless patent holders can resolve their differences, no matter how good the technology.