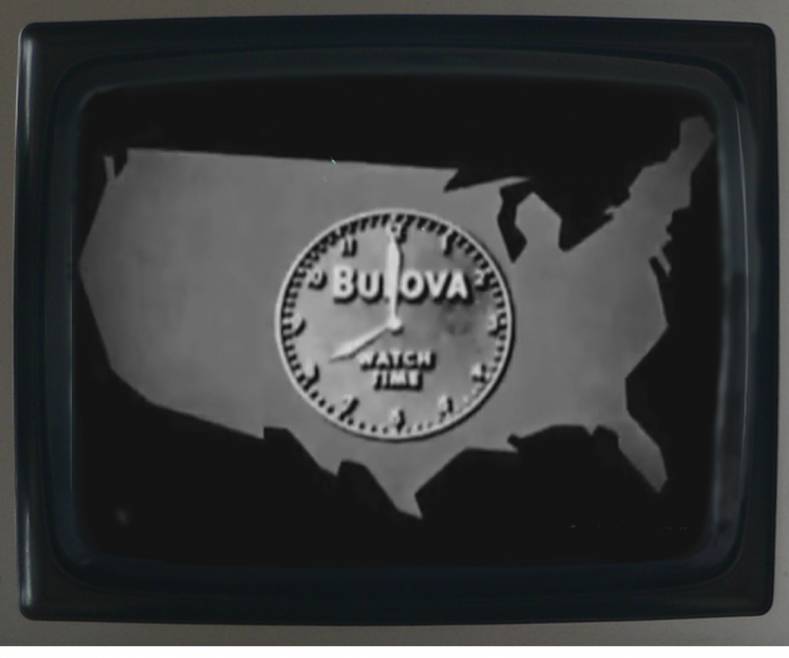 The original TV broadcasters didn’t air a commercial for 13 years. The first paid TV commercial was this :10 second Bulova spot in 1941.

The original TV broadcast pioneer was 21 years old when he invented the first fully-functional, all-electronic TV system, including the first video camera tube, TV transmitter and TV set in 1927. At the time, other people were experimenting with 48-line resolution mechanical TV scanning devices, but it was young Philo T. Farnsworth who invented a complete electronic system to make TV practical.

The following year, W2XB (later WRGB), signed on the world's first TV station, broadcasting from the General Electric facility in Schenectady, NY. One of the first TV programs broadcast in 1928 is said to have been displayed on only four TV sets. The first regularly scheduled TV broadcasts began at the 1939 New York World’s fair.

NBC aired the first TV commercial on July 1, 1941, the date the first commercial TV FCC licenses were granted. A growing TV audience and advertising profits fueled the spread of TV networks and local stations. In 1947, NBC launched "the world's first regularly operating television network," connecting NYC, Schenectady, and some other eastern US markets by wire. The following year, the FCC was flooded with TV station applications and it ordered a freeze on processing them from 1948 until 1952. 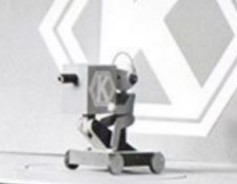 The toy TV cameraman on the 1950s Kraft Theatre TV shows inspired me to want to be that person.

Local TV was mostly invented and built by World War II veterans, supplemented with Korea war veterans through the 1950s as local TV grew. Many learned about RF technology and personal responsibility in the military. The first generation of TV pioneers set up towers, transmitters, control rooms, film chains, studios and cameras. Then they invented how to make TV while complying with FCC rules, and how to profit doing it.

Many local TV pioneers were also busy raising baby boom babies at home. When the pioneers began retiring, boomers replaced them. Some boomers were born before their family bought their first TV. Most watched the ‘golden age’ of TV while growing up. Some had parents who worked in broadcasting. The founding pioneers taught the boomers how they made TV and why they decided to do tasks as they are done at the station or in production.

New technology reduced headcounts helping with retirement attrition, and it gave the young boomers new tools to reinvent TV with ENG, EFP, VCRs, camcorders, satellites, the internet, DTV, HDTV, servers and streaming, all while carrying on the station brand and traditions passed down by the founding pioneers.

Today, boomers are retiring from local TV at the time TV is entering an exciting new phase of reinvention. ATSC 3.0 transmission of NEXTGEN TV promises more significant changes to local TV than the ENG/EFP revolution of the 70s and 80s that made the once-ubiquitous 16mm TV film media obsolete.

What Will the 3rd Generation Do?

What’s more important than exciting new broadcast technologies are the people that make it all work together and keep it working. If you’re not one of them, you know some who are, ages 55 to 75. When the 2nd generation retires, their experience leaves with them.

An original local CBS TV affiliate I spoke with recently said their station is preparing for the retirement of nearly 130 years of broadcast maintenance engineering experience. “We hope to get the younger staff members up to speed before all of that experience walks out the door,” the Chief Engineer shared. “RF engineers are especially difficult to find.”

Many of the more significant challenges in modern TV station engineering are RF and IP. Repack is a good example, as is ENG. The use of BAS microwave units for live shots has generally been replaced by cellular technology. Not only is it easier to deploy and use, it also allows for news gathering and live field reports from places and conditions impossible for a BAS microwave van to operate. It also requires fewer people.

Stations are also transitioning to IP technology as production and control room gear is replaced. It’s difficult to overlook the cost/benefit ratios and flexibility of IP video gear over dedicated broadcast gear. More IP and cloud-based gear raises the need for 3rd generation TV engineers with expertise in IP and the internet, unlike previous generations of broadcast engineers who were experts in fixing transmitters, production gear and TV sets.

Two constants remain unchanged in local television. One is that TV is show business and the show must go on. Anyone who expects guaranteed weekends off and vacation time when they feel like it won’t fit in. Local TV isn’t do or die, but its close. Someone must fix what breaks ASAP, and that person is usually the nearest engineer.

The other constant is change itself. TV is famous for change, from B&W to HDTV, from a couple of short daily newscasts to hours of local news, from RF to IP, and from changing weather to political changes. Commercial TV broadcasters must stay one step ahead of change so they can broadcast it live and invoice the sponsors.

To paraphrase a video with Gray TV Chairman and CEO Hilton Howell, NEXTGEN TV is like the first smartphone before any apps. The technology has been invented and the infrastructure is being built. TVs future will be invented by TV’s incoming 3rd generation of creative people who find new ways to make lots of money with NEXTGEN TVs new features, advantages and benefits. Could you be one of them?