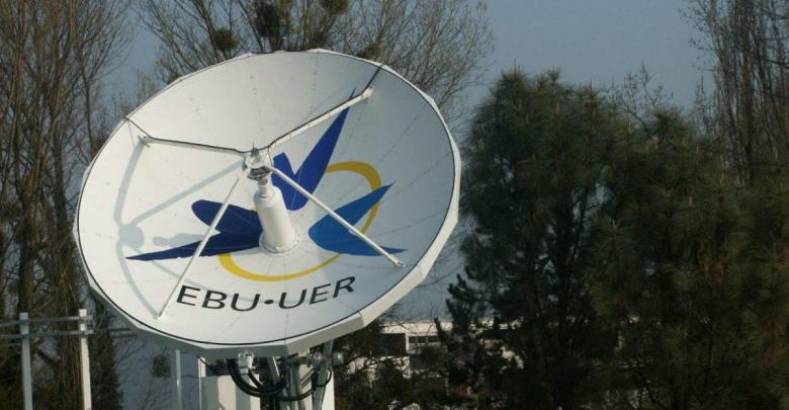 The EBU has fought tenaciously to defend broadcasting spectrum against the cellular industry for well over a decade.

The European Broadcasting Union (EBU) has declared satisfaction with the outcome of the latest World Radiocommunication Conference 2019 (WRC-19), but is concerned over indications that spectrum currently allocated to Direct Broadcast Satellite (DBS) might be handed over to fixed wireless broadband providers after 2027.

The WRC is held about every four years and determines how spectrum is split between competing or overlapping networks or services, including cellular, digital terrestrial transmission (DTT), satellite communications and also local wireless technologies including WiFi.

Held in the Egyptian resort of Sharm el Sheikh, WRC-2019 backed the EBU in rejecting an initiative to set the agenda for the next WRC-23 in favor of allocating UHF spectrum to mobile services. The event also agreed to allow broadcasters to retain a section of the C-Band spectrum (4 – 8 GHz) that has been coveted by the cellular industry. Broadcasters had been concerned that frequencies within the UHF bands, ideally suited for DTT transmissions, might be handed to mobile operators as they are also optimal for emerging 5G services, which will require increased bandwidth.

But as if to compensate for this welcome news, the WRC-19 decided, unexpectedly, to begin studying the reallocation of various bands to fixed wireless broadband IMT (International Mobile Telecommunication) services, which are gaining traction as an alternative to fixed networks in more rural areas where the latter is less cost effective. Among such bands is the range between 10.7 to 11.7 GHz, sometimes described as part of the Ku-band although definitions of that vary. This band is used for direct-to-home (DTH) satellite reception in many countries. However, the EBU was less concerned about this because potential reallocation of that band will not be on the agenda until the WRC after next in 2027 and by then sentiments may have changed, depending on the outcome of studies leading up to WRC-23.

In fact all parties managed to express satisfaction over the decisions taken at WRC-2019, as there was something for everybody. The GSMA, which represents mobile operators worldwide, has welcomed the new international spectrum allocations because it says this will unleash the potential for faster and lower latency 5G services around the world. The conference, according to the GSMA, identified much-needed spectrum for a broad range of new ultra-high-speed and ultra-low latency consumer, business and government services, including video.

In particular, 5G services that rely on almost instantaneous delivery of large amounts of data are now attainable through so-called millimeter wave frequencies in the 26 GHz, 40 GHz and 66 GHz ranges. These include virtual and augmented reality applications, remote control of industrial robots, autonomous vehicles, as well as entertainment services, such as downloading 4K movies in seconds. In fact millimeter wavelengths equate to frequencies close to 300 GHz so the designation is more of an aspiration than current reality.

The main point though is that WRC-19 has taken a big step towards global harmonization of spectrum at these lower frequencies than full millimeter wave, which will enable the economies of scale needed to accelerate delivery of 5G services. “WRC-19 has brought the mobile industry a step closer to making the full power of 5G something everyone can experience,” said Mats Granryd, Director General, GSMA. “The mobile industry’s goal going into WRC-19 was to identify enough 5G spectrum to deliver long-lasting socio-economic benefits. WRC-19 delivered on this goal, and also secured a pathway to 5G’s future success in the agenda for WRC-23.”

The satellite industry as a whole also appeared satisfied with the outcome of WRC-19, although perhaps with an eye more on its role in broadband communications and backhaul rather than video delivery. The Global Satellite Coalition (GSC), comprising seven trade associations representing the world’s satellite eco-system, has welcomed decisions to define a regulatory framework for non-geostationary (NGSO) satellites to operate in the Q/V bands, the new allocation of 1 GHz of spectrum for the fixed-satellite service (FSS) in the 51.4-52.4 GHz band for feeder links, and the decisions to make ample spectrum available to HAPS (High Altitude Platform Stations) and IMT, which both acknowledge the need to protect incumbent services.

The GSC was also satisfied over plans to make additional spectrum available to accommodate growing demand for fixed and mobile satellite services to enable broadband and 5G applications. A key point here is that many developing regions, especially in Sub Saharan Africa, rely on satellite communications for broadband as well as access to video services. This was why at WRC-19 a decision was taken to protect C-band downlinks in Africa and Asia using the 3.6 – 4.2 GHz range. Administrations in these regions can now be confident their vital C-band services in this band will remain protected for years to come.