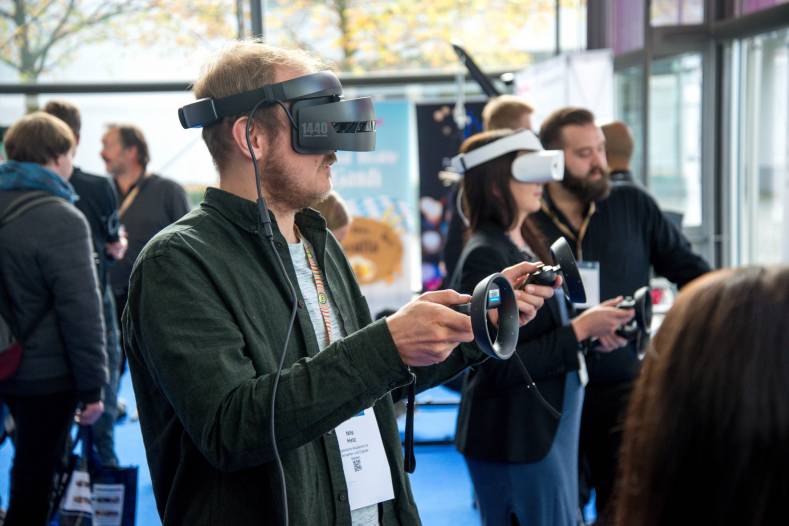 Now the inaugural hype around Virtual Reality (VR) and Augmented Reality (AR) has subsided, deployments are ramping up, setting the stage for rapid growth over the next few years.

This conclusion has been drawn by analyst group International Data Corporation (IDC), which has forecast that worldwide spending on AR and VR will soar by 78.5% over the next year to scale $18.8 billion in 2020. Commercial sectors will grow fastest, but consumer spending will still account for one third of all AR/VR revenues in 2020, with VR games generating $3.3 billion. The entertainment sector will also engender significant AR/VR growth, particularly in movies and live sports.

IDC reports that hardware accounts for nearly two thirds of all AR/VR spending, followed by software and services, but predicts strong CAGRs (Compound Annual Growth Rates) for systems integration, at 113.4% next year, consulting services at 99.9% and custom application development 96.1%.

There will be regional differences in rate of deployment, with China projected to account for the highest AR/VR spending in 2020 of $5.8 billion, followed by the US at $5.1 billion, Western Europe $3.3 billion and Japan $1.8 billion.

The report did not single out key vendors, which come under several categories, including retail, hospitality, gaming and entertainment. The latter is well represented among leading AR/VR vendors, examples including Within, a specialist in cinematic VR, Livelike, which can add movable vantage points to sports footage for immersive effects, and Subversive, which injects AR into TV ads. Others include Wevr, another movie VR specialist and Framestore, now owned by Shanghai-based Cultural Investment Holdings, which has a VR animation studio.

One potentially negative aspect of AR/VR that did crop up at IBC and has come to greater prominence since is the technology’s potential for generating “deepfakes”, that is fake news through lifelike simulations of real people performing actions or speaking words that are entirely fabricated. Now the Chinese government has just cited the risks posed by “deepfakes” as the reason for strengthening its great firewall further by outlawing video generated by VR or by various AI techniques. China was accused of tightening the knot against free speech and yet only a month earlier California had become the first US state to criminalize application of AI and VR enabled imagery or audio in political campaigns. This highlights how AR/VR could increase the tension between freedom of speech and restriction over creation of content deemed inimical to societal values.