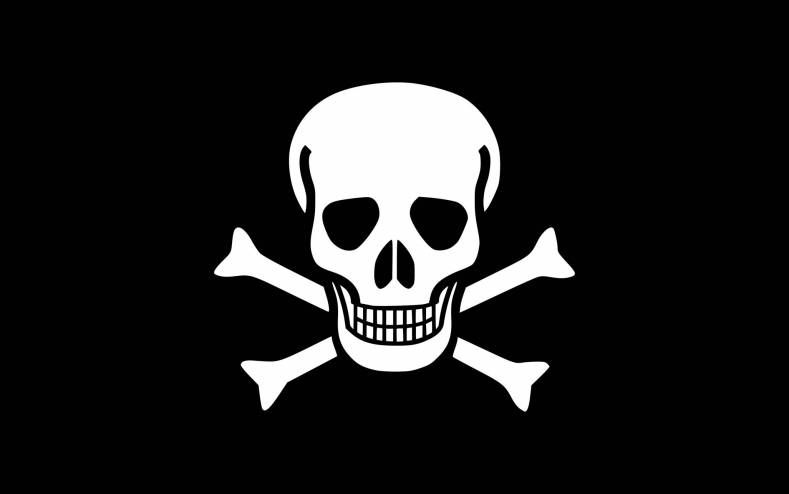 The Audiovisual Anti-Piracy Alliance (AAPA) has had some recent successes combating content theft and illicit redistribution in Europe.

However, piracy is still a major problem with pirates raising almost €1 billion a year from distribution of stolen content in European Union member states, while access to illicit services remains widespread with 13.7 million people, or 3.6% of the total population, indulging in it. Furthermore TV content, which accounted for 60% of all media piracy, declined by less at 8%, compared with 19% for film and 32% for music.

These are among findings of the EUIPO’s report Online Copyright Infringement in the EU, which analyses trends in piracy and factors determining differences in levels between member states. This is complemented by a second study, Illegal IPTV in the European Union, carried out by the University of Bournemouth, which analyses illegal streaming business models, the technologies involved and, for the first time, estimates the scale of use of piracy services and associated revenue loss both individually within each of the 28 EU Member States and in total.

Both reports were welcomed by the Audiovisual Anti-Piracy Alliance (AAPA), the EU’s body coordinating activities against content theft not just in Europe but also more widely through collaboration with Interpol and other similar bodies such as the Casbaa Coalition Against Piracy (CAP) comprising video content creators and distributors in Asia. The AAPA in fact contributed to the second report by making security experts available to Bournemouth University.

The AAPA has also contributed significantly to the decline in piracy through involvement in a number of high-profile operations. One of the largest took place in September 2019 when actions in multiple countries coordinated in The Hague, Netherlands, by Eurojust, an EU agency managing judicial co-operation between member states, led to the dismantling of a large-scale international fraud network stealing content from pay TV services for illicit redistribution. This led to over 200 servers being taken offline in Germany, France and the Netherlands, with more than 150 PayPal accounts of the criminals blocked.

Such actions helped inform the second of those two EUIPO reports on illegal IPTV activities (IPTV in this context applying to content delivered illicitly over IP, not managed services from telcos often referred to as IPTV). This study found that copyright-infringing IPTV distribution ranges from well-organized large business structures as in the one targeted by Eurojust, to small undertakings that could involve individuals recording content at sporting events for redistribution over the internet. Illegal IPTV providers also vary in platforms they make available for access, over their target audience, pricing strategies and other elements such as complementary products like set top box sales, as well as over social media presence.

Infringement can occur simply when an unlicensed content provider legally obtains a stream from a content distributor or content provider and makes it available to third parties this way, violating the terms of use. Such third parties may be end users and consumers of the content, or intermediaries who in turn cream off a slice of the revenues through resale.

A key point is that the same advances in broadband penetration, speeds and reliability that have stimulated streaming distribution of premium content also aid the pirates. This has led to an arms race where counter-piracy measures such as forensic watermarking in turn come under attack from better organized content thieves.

This second study identified three broadly defined business models around which organized pirates coalesce, despite the significant differences in operation. The first is the ‘Illegal IPTV subscription’ model, where customers are given direct access to a number of TV channels upon subscription and payment of a fee. IPTV content is made available for direct streaming from the illegal websites, or through mobile device apps. This business model is based on sale of unauthorized IPTV subscriptions to consumers and revenue is generated from monthly payments collected from subscribers, just like legitimate pay TV services.

Secondly is the B2B (business-to-business) or wholesale model oriented toward resale of packages of IPTV channels and facilities, which usually dovetails with the first model for the final retail leg to end users, so that there are two separate revenue streams.

Then finally comes the streaming portal model, where links to streaming websites are collected and made available to end-users. IPTV streaming is offered free of charge and often at lower quality than the subscription category of IPTV websites. As the streaming content is free, the unauthorized providers generate revenue indirectly, perhaps by spreading malware or through ad fraud, that is collecting ‘pay-per-view’ and ‘pay-per-click’ payments from advertising.

A significant finding was that in all three cases delivery of illegal IPTV relies on essentially the same ‘ecosystem’, defined by the interplay of various actors or components, which correspond to specific functions in the delivery of the illegal service. Overall, 21 such actors were identified across four layers of content distribution: content source; hosting network; front-end delivery and applications.

Then the first report covering online copyright infringement generally was interesting in drilling down into variations between countries as well as content types. This exploited basic data tracking traffic to piracy websites from MUSO, a London-based provider of statistics on piracy activity. This was complemented by data from Eurostat, from the European Audiovisual Observatory and also data collected directly by EUIPO.

A headline finding was that two countries, Latvia and Lithuania, tops the EU league for consumption of pirated content, with over 26 accesses of stolen content per consumer on average every month, compared with the EU average of 9.7. Finland has the lowest rate at 4.6 accesses per user per month, while Germany, Italy, Denmark, Austria, Spain, Sweden and the UK are all below the EU average. Of the more prosperous nations, Belgium stands out as a major consumer of pirated content with an average per user 19 accesses per month.

What the reports failed to address in detail is live premium sports streaming piracy which does appear to be rising and has been much in the news lately, although with a lack of clear hard data either way.