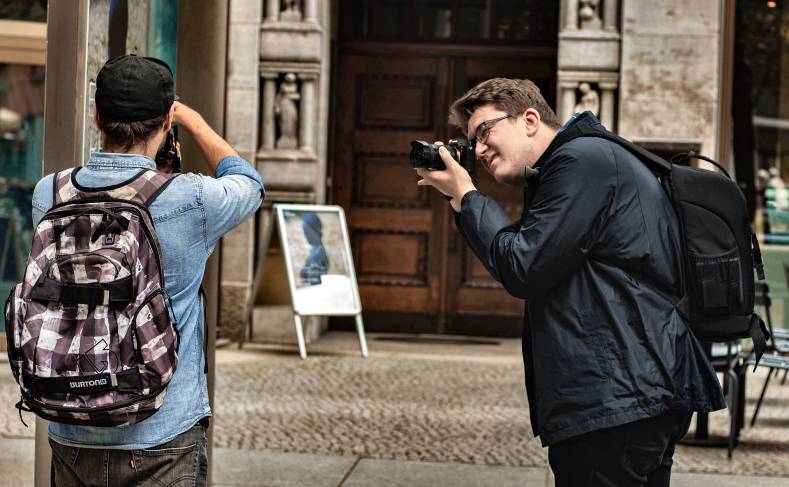 Though most AI (artificial intelligence) is being sold as advances in imaging for amateur users, the ability for the untrained or unscrupulous to manipulate and alter images has never been easier. Forget the old adage that a fake image was “photoshopped.” With AI, image manipulation hits an entirely new level of quality that can look authentic and is easily accomplished.

As I watched demo after demo at the trade shows touting the benefits of AI, I became alarmed about how this new technology could be used in nefarious ways on social media during an election year. How can we trust any imagery in news and information in the AI era?

With AI, virtually anyone can create a fraudulent photo or video, post it online and cloud the thinking of the media illiterate. The old cliche “a picture is worth a thousand words" takes on an entirely new meaning in the AI era. Things are already bad enough, but AI can elevate “fake news” to new levels. Is anyone thinking about this?

Artificial intelligence (AI), for the uninitiated, is a catch-all term for mathematical algorithms that can monitor and process massive amounts of information and make conclusions based on patterns in that data. AI is already in use everywhere, and extends way beyond photography and video.

On a global scale, AI is already being blamed on the loss of jobs due to automation in a wide range of industries. China, in an AI development race with the United States, is using the technology for facial recognition to quell political dissent.

The loyalty of workers can be tested by using AI to read and analyze their faces with hidden cameras. Social media sites have long been using AI to mine data and build profiles on their users without prior permission. The technology is quickly permeating society in a myriad of ways. 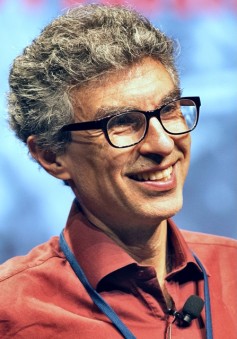 Yoshua Bengio, a Canadian computer scientist, is considered a pioneer in artificial intelligence, artificial neural networks and deep learning. He was a co-recipient of the 2018 Turing Award for his work in deep learning.

Dr. Bengio has warned about AI algorithms being used in a responsible way. AI is no more than a series of tools that can be used in either a good or bad way, he said. “Those algorithms will serve the people who control them,” he said. "If those people’s interests go against the values of democracy, then democracy is in danger.

"The current use of AI isn’t necessarily aligned with the goals of a better society. We just can’t race ahead without thinking of the potential outcomes.”

One wonders if the video camera manufacturers considered how their use of AI technology will affect the society they serve. Sadly, most people are motivated by money, not necessarily what is good for society.

Phil Schiller, a VP at Apple, probably got it right at a news conference when he called the “deep fusion” function of Apple's new iPhones "computational photography mad science.”

Of course, as with most new technologies, AI cuts two ways. It has already made some helpful inroads in video production. Drones and gimbals, for example, can follow a subject automatically while keeping them centered in a frame at all times. Multi-directional sensors can avoid obstacles to moving cameras without human intervention. 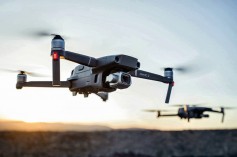 In editing, for both video and photography, AI is gaining a fast foothold. With some AI editing tools the ability is added to quickly search through footage to find specific items. This, coupled with sophisticated metadata tools, can help speed up the editing process.

However, AI software that analyzes screenplays to determine its rating, target audience and predicted box office gross, is very controversial and threatens to sanitize and dehumanize the program production process. It can and will be used to limit human decisions and restrict creativity in making unusual films and television programs.

On perhaps the most dangerous trend, AI is entering consumer and pro level photo editing programs. In fact, Gartner predicts that AI technology will be brought to the majority of all new software by 2020.

For example, Skylum Software has just introduced Luminar 4, a new AI-enhanced version of its photo editing software. It can replace the sky in a photo instantly. A clear sky can instantly became a stormy sunset. Faces can be transformed using “human aware” technology. Important parts of an image can be enhanced without affecting the rest of the photo.

Realistic light rays can be created and moved around an image. Volumetric sunbeams seep between objects such as trees and buildings. Accent AI makes dozens of complex computer adjustments to an image with a single slider.

Adobe, maker of Photoshop, has just introduced its own AI technology, called Sensei. When taking a photo, Sensei will recognize what the subject matter is and automatically suggest filters to match the content, both in real-time and as a filter after the capture.

Adobe's Sensei, a version of AI.

Photoshop's new AI-enabled Camera app has an auto-masking mode that can intelligently select various parts of the images depending on what the particular lens in use is trying to achieve with the subject matter. A few examples include masking out and replacing the sky in an image as well as applying fake bokeh to a shot.

These are just the early uses of AI, which will undoubtably become more and more sophisticated as time moves on. Intelligent people can look at AI technology as either useful or dangerous. The point is all technology can be used for good or evil.

AI is an incredibly powerful technology that will have a huge impact on our society. With the number of bad players now trolling the Internet, they are being handed powerful tools to create incredibly realistic fakes. Is this something we are ready for? 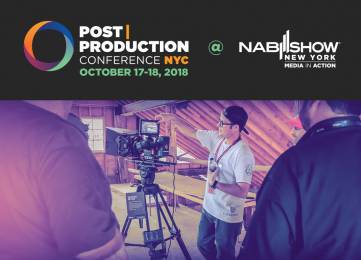