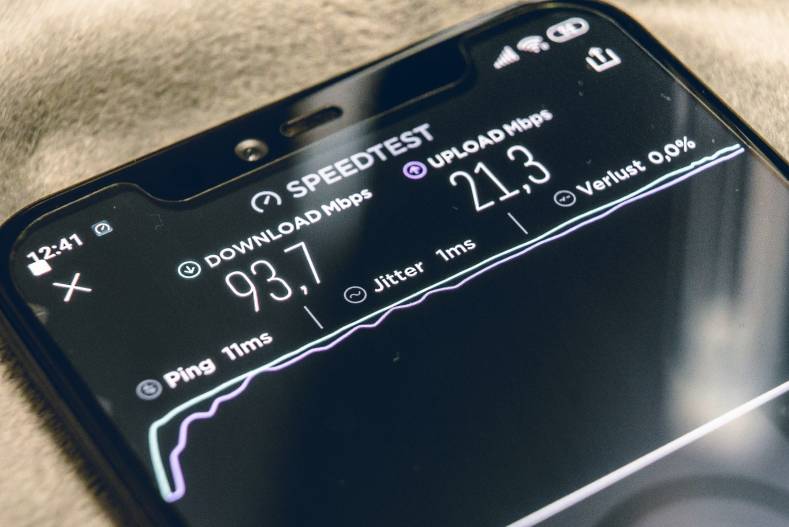 This past summer the NBA did a little experimenting using 5G and mobile phones to cover their summer league. This is not User Generated Content (UGC) by any means. It also was not an off the shelf deployment of 5G and demonstration of its capability.

It was an interesting application of 5G as a wireless production solution in a highly controlled environment. Consider live coverage of events and how many systems are used for short range microwave for audio and video. If 5G can play a role it could improve the coverage and reduce the amount of equipment needed to support wireless coverage.

First, let’s look at how the NBA set up the system. AT&T was a fully engaged partner and set up a pretty robust coverage network in the MGM arena. They had their own mobile unit pretty well covered with antennae (many or a gaggle of antennas). Inside they had some serious 5G equipment and amplification. In the arena, the NBA brought in 6 highly experienced sports video camera operators and gave them the latest and greatest 5G phones. Each of the camera operators built their own special rigs to hold the phones and essentially use them as cameras. AT&T set up a robust 5G coverage network inside the arena to assure the video return would be reliable and stable.

Once the video was received back at the AT&T truck, it was converted to HD-SDI and passed to the main NBA mobile units for the live produced game coverage and delivered to the platforms distributing the Summer League. So, the only one in the mobile truck that had less to do was the SVO (Camera Shader).

This was actually a two-part experiment. One was is the resolution of the mobile phone and its capability good enough for a professional live broadcast? The second part is whether 5G can support multiple streams of high bandwidth media essence reliably for an extended period live event.

On both counts the experiment appeared to be successful. 5G allows the data to be segregated from mobile voice and text. This means in a given situation the 5G data capacity can be increased separately from the voice service.

One important note is that this was NOT open Internet transport. 5G is still a closed network and in this application a point to point type of transport. It still used a common carrier service but not on an open network. This is not Wi-Fi, this is using cellular data services.

It definitely opens a number of questions! How many concurrent high bandwidth media applications or streams can 5G support in a given cell? The video from a mobile phone is highly compressed, if 5G is a viable consideration for wireless cameras, then will vendors start offering 5G as a feature to a camera? According to comments, the quality of the broadcast was more than acceptable and the viewer had the same user experience as they would under a traditional camera experience. Game coverage was limited to the lensing of the phones.

The experiment was successful on almost every level. While the NBA did not see this used for the main season, they see its place in some of their other league activities. There were some reports that spoke about the future of using 5G and mobile devices that included allowing fan contributed content into the main NBA live production. At the same time, the comments were “not anytime soon”!

Does 5G have a role in live production?

At the recent NAB-NY conference, I was chatting with a colleague who is, as he put it, modernizing the STL’s of a few stations he is responsible for. Currently they are using “antiquated” microwave and exploring the cost of fiber. If there is fiber nearby the transmitter, then the last mile may not be cost prohibitive. I asked about using 5G and his response was interesting. His concern at this stage of 5G deployment is the lack of stability and reliability for his use case and it’s not really a point to point technology. I also snuck in a few questions on ATSC3.0, his main comment was that it’s not ready for prime time and while it does correct some of the inefficiencies of ATSC1.0, there’s not enough “there- there” to justify migrating to it.

Using the NBA experiment as a reference point, the question surrounding 5G as a professional media technology opens an interesting discussion. As I stated earlier, let’s separate 5G from UGC and mobile devices as capture devices. At its core, 5G is a high bandwidth, high bitrate duplex communication link. Bonded cell has been around for a while and used for some ENG applications. One of reason’s that supported bonded cell, was the limited bandwidth and reliability of a single cell connection and single carrier. As 5G deploys, the drivers for coverage, stability, and reliability are more extensive than professional live broadcasting. It’s conceivable that 5G can become a valuable solution for mobile/remote contribution. One of the features of 5G is the ability to decouple the data connection from the voice and text connection and only add more capacity to a 5G location or cell.

If we change the NBA experiment just a little and replace the phones with a professional camera, can 5G sustain the connection and bandwidth from the camera to the truck, providing the same functionality as a triax/fibrax/fiber hard connection or a low power microwave connection?

On the live sports front, and even considering the use of mobile devices, it opens a possibility of shooting other live events and streaming or mini productions. High school sports or theatrical events come to mind. Small production or small market events could use 5G to broadcast live without the level of infrastructure currently needed for remote production.

5G and next G will most likely provide interesting possibilities for live production.