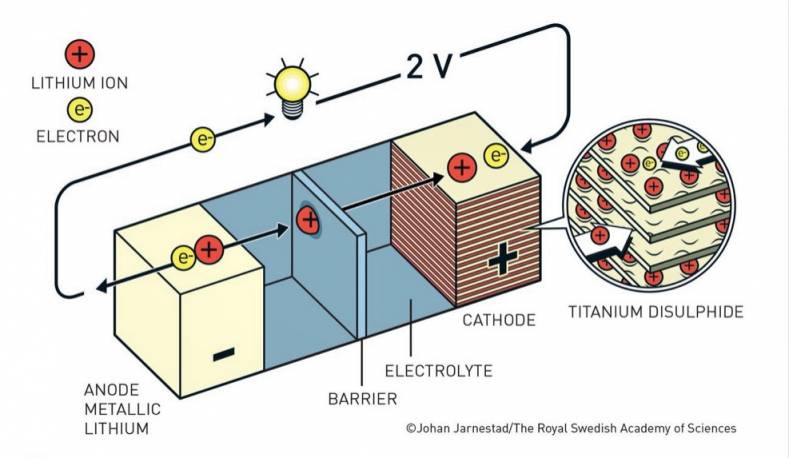 “Lithium-ion batteries have revolutionized our lives and are used in everything from mobile phones to laptops and electric vehicles,” the Nobel Prize committee said in a statement following the announcement. “Through their work, this year’s Chemistry laureates have laid the foundation of a wireless, fossil fuel-free society.”

Lithium-Ion Batteries have also revolutionized video, audio and a wide range of smaller tools used by broadcasters and content producers.

Whittingham, a professor at Binghamton University, State University of New York, began developing methods for fossil fuel-free energy technologies starting in the 1970s and discovered a cathode — or a type of electrical conductor through which electrons move — in a lithium battery. His discovery resulted in the first functional lithium battery.

The other two scientists developed new innovations based on that battery.

Goodenough, a professor at the University of Texas at Austin, discovered that the cathode would have greater potential if it were made with a different material and showed that cobalt oxide with intercalated lithium ions could produce a higher voltage.

Yoshino, an honorary fellow for the Asahi Kasei Corp. in Tokyo and a professor at Meijo University in Nagoya, Japan, then eliminated pure lithium from the battery, instead using only lithium ions, which are safer. He created the first commercially viable lithium-ion battery in 1985.

Since Lithium-Ion Batteries were introduced to the market in 1991, their light weight made portable electronics a staple of modern life.

The batteries contribute to reducing the impact of climate change by enabling a switch from fossil fuel energy to renewable and sustainable forms.

“Development of these batteries is a huge step forward, so we that we can really store solar and wind energy,” said Sara Snogerup Linse, the chairwoman of the Nobel Committee for Chemistry.