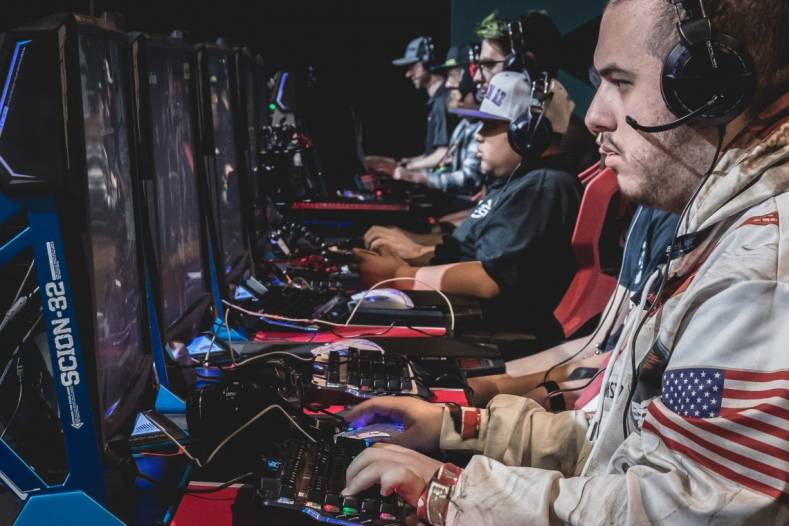 Esports viewership worldwide is on a steep upward trajectory and will soon begin to challenge traditional sports broadcast audience figures. As the esports and traditional sports communities converge, what can traditional broadcasters learn from the remote production workflows being pioneered by one of esports’ major game developers? In part 1 of this two-part series, we look at the business case.

The first video game competition took place in 1972 at Stanford University in California between the school’s best Spacewar players for the grand prize of a subscription to Rolling Stone magazine. In 1980, Atari’s Space Invaders Championship attracted 10,000 participants to the first U.S. national video game tournament. Fast forward four decades and technology consulting firm Activate is projecting that esports—electronic sports, the name by which multiplayer, often team-based, video game competitions are now referred—will draw more viewers to a final match than every U.S. professional sports league except the NFL by 2021.

Top tier esports players, typically in their twenties, are professionals attracting major brand investment and earning a great deal of money, just like their traditional sports counterparts. It’s not uncommon for esports players to retire as millionaires in their late twenties or early thirties. Further, three-quarters of esports fans are in the 18-to-34-year-old demographic so highly-coveted by advertisers. It should come as no surprise that global esports revenues from advertising, sponsorship and media rights are ballooning, as a result.

Esports revenues are expected to exceed $1 billion in 2019, a 27 percent increase over 2018’s $865 million, according to gaming industry analytics firm Newzoo, with brand investment accounting for over 40 percent of the total. Based on that trajectory global revenues could total $1.8 billion by 2022, Newzoo predicts. North America is expected to generate the lion’s share of total revenue in 2019, around $409 million, with China contributing $210 million or 19 percent and South Korea 6 percent. The rest of the world is forecast to account for nearly 40 percent of the total.

In short, esports competitions are attracting a significant chunk of a key demographic, and the money is following. In Germany, for example, McDonald’s has ended its partnership with the German Football Association and is instead increasing its sponsorship in esports. In the U.S., Bud Light was named as the official Overwatch League beer sponsor for the 2019 season after AB InBev partnered with the league.

According to analysts, there were 270 million global esports fans in 2016. That number is likely to exceed 450 million by the end of 2019 and, at the expected rate of growth, reach 645 million people by 2022. While esports is a global phenomenon, most of the audience—57 percent—is in the Asia Pacific region, according to one analysis. Europe is the second largest market, with 16 percent, North America is third at 14 percent and the rest of the world accounts for about 15 percent.

Worldwide, over 201 million enthusiasts are expected to watch professional esports content more than once a month in 2019. By 2021 in the U.S., say analysts, there will be 84 million esports viewers, compared to 79 million MLB viewers or 63 million NBA viewers, although the NFL is projected to retain its dominance, at 141 million viewers. Activate’s analysis suggests that 70 million people could be watching a single esports final by 2020, by which time consumption of esports will have reached 3 billion hours, or 10 percent of all sports viewing. 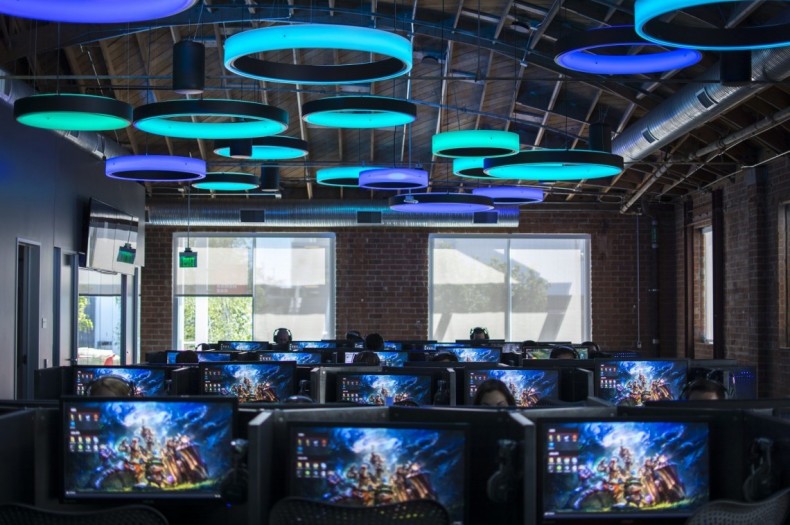 The Mainstreaming of Esports

With so many fans and so much money involved, esports and traditional sports are beginning to display more similarities than differences. Video game developers have borrowed from the playbook used by traditional sports to help grow their audience, establishing leagues and investing heavily in major competitions. As an example, one developer offered a purse of over $25 million for its annual tournament in 2018, which is more than twice that of the PGA Tour’s U.S. Open golf competition prize.

Developers have also begun to establish a pipeline from student to superstardom modeled after traditional sports leagues. Robert Morris University Illinois became the first university to offer gaming scholarships with the addition of esports to its varsity lineup in September 2014, joining 103 institutions of higher learning in the Collegiate Star League to compete in League of Legends. At that time, there were also more than 750 schools in 46 states and eight Canadian provinces participating in League of Legends High School Starleague, or HSL. By the end of 2017, the 110-member National Association of Collegiate Esports had disbursed over $9 million in scholarships to students.

Traditional sports organizations are also getting in on the esports action, further blurring the line between them. The NFL, NBA, NHL and MLS—all but one of the major U.S. sports leagues—have announced esports leagues or competitions. The International Olympic Committee and game developers convened at the Esports Forum in Switzerland in mid-2018 to discuss possible future cooperation between the Olympics and esports communities. Esports was included as a demonstration—a route to inclusion in the Olympic Games previously taken by several traditional sports—in the 2018 Asian Games in Indonesia and will reportedly be an official medal sport at the 2022 Hangzhou Games in China. The Asian Games are the world’s second largest multi-sport competition after the Olympics.

Esports venues have been popping up worldwide over recent years, especially in its largest market, Asia, where regular competitions are held in Singapore, Shanghai, Beijing, Guangzhou and elsewhere. In the U.S., there are esports venues in the Bay Area, Southern California and in Arlington, Texas, which, with a capacity of 2,500, is currently the largest in the country. In May 2019, Full Sail University in Florida unveiled The Fortress, the largest collegiate esports arena on any college campus in the United States. Comcast Spectacor, which owns the Philadelphia Fusion, a team that competes in the Overwatch League, has announced plans for a 3,500-seat esports venue to be opened in South Philly in 2021. The $50 million, 60,000-sq.-ft. venue will include a training facility and a broadcast studio.

In late 2018, mega-retailer Walmart announced the opening of Esports Arenas at five of its locations in the U.S.—Colorado Springs, CO; Fort Worth, TX; Roseville, CA; Spokane Valley, WA; and Tulsa, OK. A collaboration with global venue and production company Esports Arena, which opened its first U.S. location, a 1,400-capacity venue in Santa Ana, CA, in 2015, the five in-store venues host league competitions and tournaments while also promoting Walmart’s esports computers and merchandise.

Esports Arenas also collaborated with HyperX, Allied Esports and MGM on the conversion of a former nightclub at the Luxor Hotel into the HyperX Esports Arena Las Vegas. The 30,000-sq.-ft. multi-level venue, which opened in March 2018, includes a competition stage and a network TV-quality production studio. In mid-2018, Esports Arenas opened its third U.S. location, a 16,000-sq.-ft. venue in Oakland, CA.

In a further sign of the mainstream embrace of esports, William Hill at the Downtown Grand in Las Vegas was the first sports book in the U.S. to take esports betting action.

Esports competitions are typically broadcast to a variety of specialized internet-based platforms, including Twitch and YouTube, for viewing on handheld devices and computers as well as gaming consoles, but are increasingly being picked up by traditional outlets. For example, NBC Sports has broadcast esports competitions on various platforms including Telemundo Deportes and, in certain territories around the world, Syfy. One game developer has signed a deal with Disney to bring its league to ESPN and ABC. Turner’s ELeague is streamed online and is broadcast on TBS, attracting 9 million viewers. Esports magazine partnered with Big Ten Network in early 2019 to stream competitions between the 14 Big Ten schools on Caffeine TV, Twitch and YouTube during the BTN League of Legends Season, part of Riot Games’ College League of Legends Season. 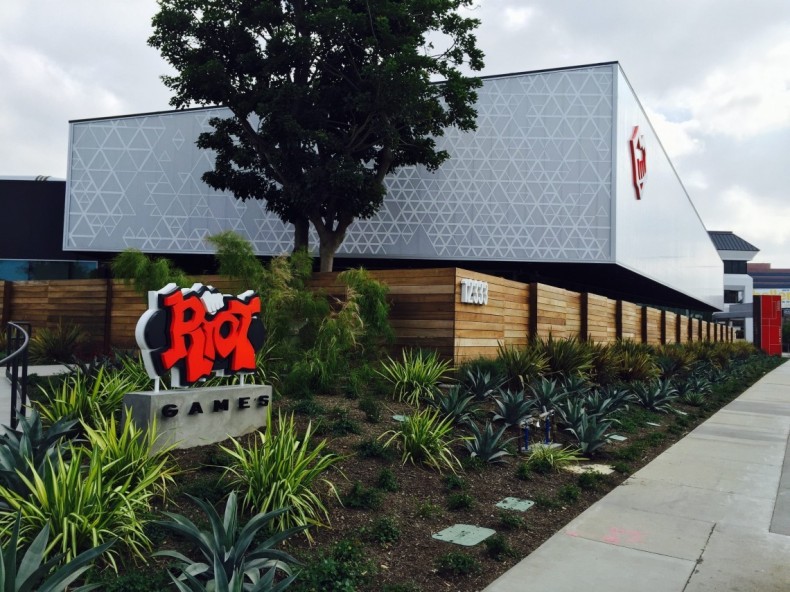 Twitch, which was originally dedicated solely to video games when it was founded in 2011 but has expanded its content to include music, talk shows and TV series, is the principal viewing platform for esports. Amazon acquired Twitch for nearly $1 billion in 2014 and it is now one of the highest sources of internet traffic in North America. Reported figures reveal that about 5 million viewers spend 106 minutes each day watching live gaming, which is several times the number that typically tune into U.S. cable news programming nightly. Broadcasts and videos on Twitch are free and can be viewed on the platform’s website or through an app on handheld devices, as well as via popular game consoles and network appliances such as Google Chromecast.

League of Legends Leads the Pack

The most-watched live esports coverage in 2018 was Riot Games’ League of Legends, with a total audience of 347.4 million on Twitch and YouTube. Second was Valve/Hidden Path Entertainment’s CS:GO (Counter-Strike: Global Offensive) with 274.9 million, followed by Valve’s DOTA 2 (the sequel to Defense of the Ancients) with 250.4 million, Blizzard Entertainment’s Overwatch with 101.3 million and Blizzard’s Hearthstone with 54.1 million.

In 2018, for the first time, Riot released its average-minute-audience statistics for the League of Legends world finals, reporting that its global average audience was 19.6 million viewers. Hosted in South Korea, the finals peaked at an audience of 44 million concurrent viewers.

But esports fans are not just watching these events at home or on the move. More than 23,000 fans packed Incheon’s Munhak Stadium for the 2018 LoL Worlds in South Korea, where teams competed for a prize pool of over $6 million – the largest yet for the event. Over 40,000 attended the 2017 Worlds at Beijing’s National Stadium, also known as the Bird’s Nest. Venues in previous years have included the Mercedes-Benz Arena in Berlin, Madison Square Garden in New York City and the Staples Center in Los Angeles. The 2019 Worlds will be held at the 20,000-capacity AccorHotel Arena in Paris and will return to China in 2020, with North America again hosting the tournament in 2021.

In part 2, we will look at the distribution platforms and infrastructure in more detail. 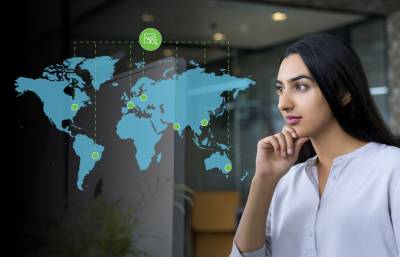 There is always a cacophony of noise around the big tradeshows; at NAB this year Telestream made its voice clearly heard with the first showcase of OptiQ Channel, a new and radically different one-click channel creation live service for cloud…