Research conducted by Bitmovin shows that AV1 video quality is superior to HEVC and VP9 at the same bitrate settings.

With the use of online video exploding, the need for compression to maximize bandwidth use has never been greater. Getting so much content down a limited pipe can be a challenge if not handled correctly. The decision now for content distributors and OTT service providers is which codec to support. There’s H.264, HEVC, AV1 and VP9 all competing for the space.

At this point which codec will win out is anyone’s guess but many appear to favor royalty-free codecs AV1 and VP9. Between these two, AV1 is gaining more ground due to its open nature. VP9 is also an open standard, but Google developed it and that has caused some concern.

In January of this year, Apple announced that it had joined the Alliance for Open Media (AOM), which has been working on the next-generation AOMedia Video 1 (AV1) compression system. This is an open, royalty-free, video-coding format designed for video transmissions over the Internet. The Alliance announced the release of the AV1 bitstream specification on 28 March 2018, along with a reference, software-based encoder and decoder. On 25 June 2018, a validated version 1.0.0 of the specification was released.

It was a big win for the AOM group and has called into question existing codecs like H.264 and HEVC for live Internet streaming. Of course, Apple and many others (e.g., Amazon and Netflix) also support HEVC compression, but most have stated that as soon as AV1 is available, they will initially support AV1 in browsers and then on connected devices once the hardware becomes available. 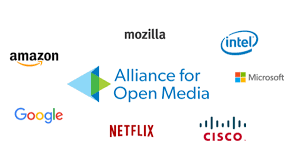 The Alliance for Open Media is working on the next-generation AOMedia Video 1 (AV1) compression system.

This move has been prompted by a desire to avoid H.264 and HEVC royalties and if they can reduce these costs by using a different codec, without impacting the QoE, it would appear to be a win-win for content providers and consumers alike. Support for AV1 is also highly necessary because Apple knows that if it wants to support Netflix services in the future, compete with Netflix, or even acquire the video streaming giant (as has been speculated about in the press recently), it has to get on board. If Apple plans to launch its own OTT service, and its devices currently only support AV1 and not HEVC, they will limit themselves from serving content to the wide range of mobile devices now in consumers’ hands (and living rooms).

Google’s VP9 is another open and royalty-free video coding format that is used daily by millions to display HD and UHD videos on YouTube. However, Apple’s devices do not support VP9 decoding. So, for online content providers, clearly there’s a lot of confusion over which codec to invest in and professionals need answers quickly.

At the 2018 NAB Show New York—to be held on Wednesday, October 17th and Thursday, October 18th at the Javits Center in New York City—several sessions dedicated to video compression will be held as part of a special Streaming Summit track. Here attendees can learn the differences in bandwidth efficiency between the different codecs and how each can be used to get the most efficiency out of them, depending upon the business model.

Dr. Giles Wilson will lead a session that will provide a prediction of what the future holds for video codecs in the streaming industry.

One entitled “HEVC, AV1 and The Future Of Video Codecs” (October 17, 3:15 PM in room 3D08) will take a deep dive and explore the costs to the industry of supporting multiple codecs and the benefits that should be weighed against these costs. Moderated by Dr. Giles Wilson, founder and principal consultant at media technology and business consulting firm Stravity Ltd., this session will uncover the facts and provide a prediction of what the future holds for video codecs in the streaming industry.

The session will also look at that fact that, with H.264 ubiquitous and HEVC moving into deployment—particularly for UHD—why do we really need AV1? Questions also persist relating to the various, differing, published results of comparisons between HEVC and AV1 performance as well as the complexity. Participants of this session will also get a better understanding of the timetables for real-world deployments.

Another session, “Advanced Strategies for Video Compression” (October 18, 12:45 PM in room 1A08/1A09) will look at the practicalities and design of implementing compression into content delivery workflows. Instructor Jeff Greenberg, J Greenberg Consulting, will lead a hands-on tutorial on the basics. This session is part of the conference’s "NY Post/Production Conference" track.

During the session, Master Trainer Greenberg will take participants through best practices for preparing YouTube uploads, understanding the pros and cons of HEVC (H.265), VP9, and where post codecs could (and should) exist in a content distribution workflows. This session is designed for the post professional that needs more than "preset" knowledge of compression systems. 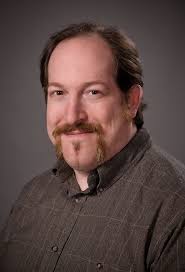 Master Trainer Jeff Greenberg will lead a session on best practices for preparing YouTube uploads and other live and on-demand streaming applications.

For a better understanding of the technology behind the AV1 codec itself, attendees might find “AV1: How The Codec Of The Future Is Being Used Today" (October 18, 10:15 AM in room 3D09) interesting. The next-generation video codec (AV1) was standardized in AOM earlier this year and looks to be coming to the web in a hurry. Content and encoding providers such as YouTube, Ateme, Harmonic, Netflix, and Bitmovin all presented AV1 demos this fall, and both Chrome and Firefox have new AV1 decoding support in their latest respective browser releases.

Also part of the NAB Show New York’s "Streaming Summit" track, attendees to this session are encouraged to join panelists from Google, Mozilla, and Bitmovin to talk about why their companies have invested in AOM, the early gains shown by AV1, and what to expect in 2019 and beyond. Jai Krishnan, product manager at Google, will moderate the session and panelists include Nathan Egge, a video codec engineer at Mozilla and Richard Fliam, solutions Architect at Bitmovin.

Finally, the Streaming Summit track session “AV1, A Win For The Open Web: Demos by Google and Mozilla” (October 17, 3:15 PM in room 3D10) will feature presenters from Chrome and Firefox, who will share a look at AV1. This codec is said to offer a generational improvement in coding efficiency over any web codec, and comes backed by nearly 40 companies, including some of the largest in the Internet, tech, and video industries. This talk will cover why Google and Mozilla have invested in web codecs, the benefits of AV1, where the codec stands going into 2019, and present demos of the AV1 codec already available in browsers today as well as on different platforms and for different use cases.