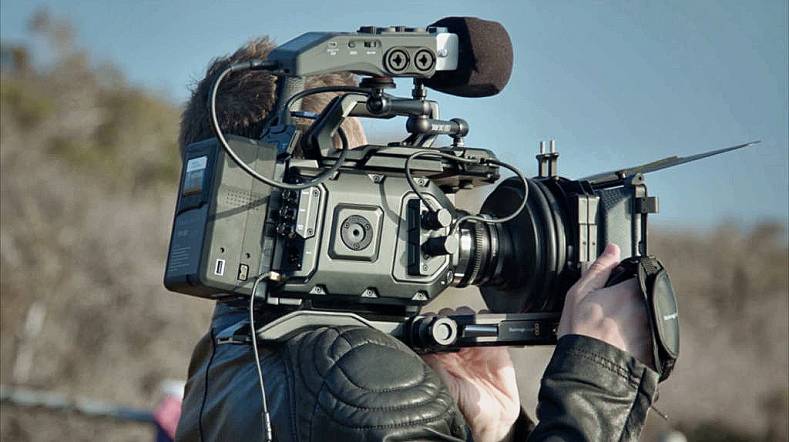 Stereo recording can be implemented in many ways. However, for broadcasters, the safest method for stereo broadcasting is Mid-Side, or M/S, a simple recording system that automatically protects the mono signal should something go wrong. Here are the basics of M/S recording.

There are plenty of inexpensive one-piece stereo microphones available. Most have a matched pair of microphones, arranged in a XY pattern since that's the closest way to replicate a pair of human ears. While XY microphone recording is simple and effective for many types of recording, it may not be perfect for broadcasters who want to always guarantee a precise mono signal. 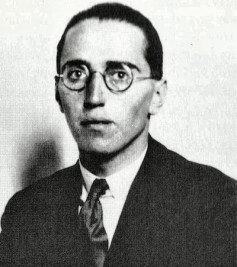 Mid/Side recording has a long history. Devised by EMI engineer Alan Blumlein, an early pioneer of stereophonic and surround sound, the stereo method was patented in 1934 and used on some of the first ever stereophonic recordings. Because it is mono-compatible, the technique been used most extensively in broadcasting.

M/S is not perfect, however. It’s main weakness is the fact that the recordist is locked-in with what’s been recorded. That’s why many variations have been developed. 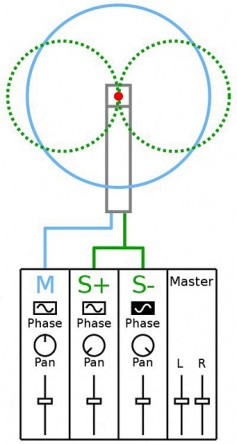 The M/S technique, however, gives users more control over the width of the stereo spread and allows editors to make adjustments at any time after the recording is finished. In television, this can help when matching audio to tight and wide video images.

While X/Y recording requires a matched pair of microphones to create a consistent image, M/S recording uses two different mics set to different pickup patterns. Of course, in this era of miniaturization, M/S mics are available in small, one piece designs the same size as X/Y mics.

In a white paper on M/S miking, Universal Audio explains the recording concept. The “mid” microphone is set up facing the center of the sound source. Typically, this mic would be a cardioid or hypercardioid pattern (although some variations of the technique use an omni or figure-8 pattern).

The “side” mic must have a figure-8 pattern. This mic is aimed 90 degrees off-axis from the sound source. Both mic capsules should be placed as closely together as possible, typically one above the other.

In operation, the mid microphone acts as a center channel, while the side channel creates ambience and directionality by adding or subtracting information from either side. The side mic's figure-8 pattern, aimed at 90 degrees from the source, picks up ambient and reverberant sound coming from the sides of the sound stage, UA wrote. Because it's a figure-8 pattern, the two sides are 180 degrees out of phase.

A positive charge to one side of the mic's diaphragm creates an equal negative charge to the other side. The front of the mic, which represents the plus (+) side, is usually pointed to the left of the sound stage, while the rear, or minus (-) side, is pointed to the right. The mid mic acts as the center channel; the side mic signal creates the stereo ambience.

When the signal is recorded, each of the two mics is recorded to its own isolated audio track. However, to hear a proper stereo image when listening to the recording, the tracks need to be matrixed and decoded.

The next step is to split the side signal into two separate channels. This can be done either in DAW software or with hardware mixer by bringing the side signal up on two channels and reversing the phase of one of them. Pan one side hard left, the other hard right. The resulting two channels represent both sides of what your figure-8 side mic is hearing. 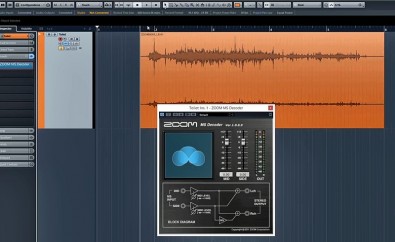 Now there are three channels of recorded audio — the mid center channel and two side channels. These channels must be balanced to recreate a stereo image. When one listens to just the mid channel, there is a mono signal. Raise the level up the two side channels and a stereo spread will appear. The width of the stereo field can be varied by the amount of side channel in the mix.

One of the greatest advantages of M/S recording is flexibility. Because the stereo imaging is directly dependent on the amount of signal coming to the side channels, raising or lowering the ratio of mid to side channels will create a wider or narrower stereo field. The result is that the sound of a stereo recording can be changed after it's already been recorded. This is impossible using the traditional X/Y microphone recording arrangement.

For broadcasters, a major benefit of M/S miking is that it provides true mono compatibility. Since the two side channels cancel each other out when the mix is switched to mono, only the center mid channel remains. This offers a perfect monaural signal. And because the side channels also contain much of the room ambience, collapsing the mix to mono eliminates that sound, resulting in a more direct mix with increased clarity. 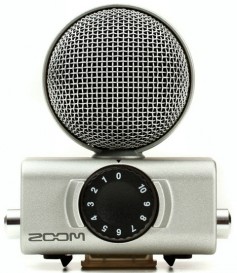 Because M/S stereo has been around many years, manufacturers make inexpensive M/S mics and decoders that has proven itself in broadcasting. Yet, few television stations use M/S recording for news and other programming. Why? The old misconception that stereo is not needed. Mono works just fine, they say, refusing to pay for anything more than is absolutely needed.

Of course, all video production can be improved with stereo sound. It expands the sound field and makes video programming more realistic. It is easy to implement, safe to use and costs no more. It just requires a producer that understands the benefits and has the nerve to experiment.