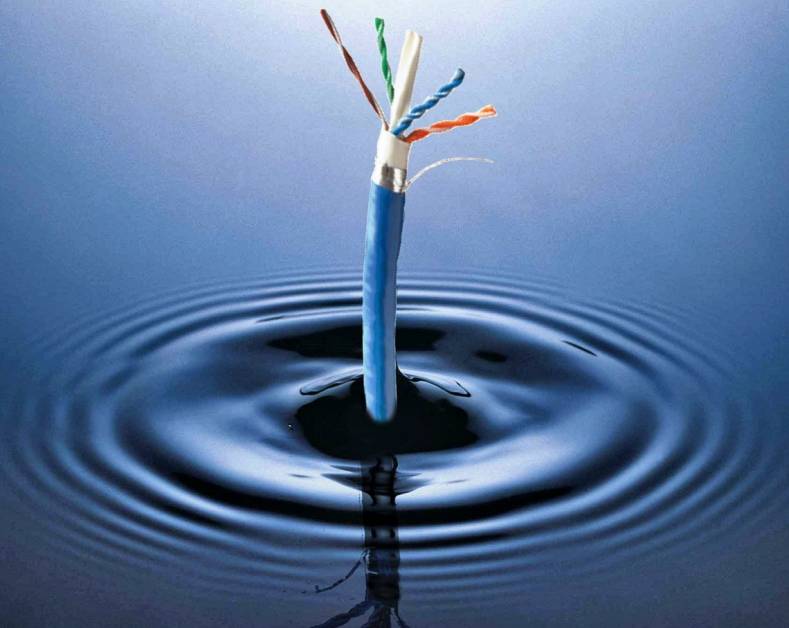 It’s elementary knowledge that if water gets into any electrical system it is bad news. Though we may specify waterproof cables and connectors, sometimes moisture gets into cables in the strangest and most unexpected ways. Here are some tips on trouble-shooting moisture problems in cables.

Belden just published a white paper on the problem of moisture in cables. The way moisture enters a cable may not be the way we suspect. A sudden rain shower, or even flooding, doesn’t always result in moisture problems. 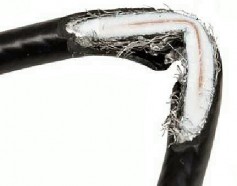 Of course, Belden wrote, a gash in the jacket or loose port seals are a welcome mat for moisture, but that usually takes time. It also takes the right combination of chemicals, temperature and pressure conditions for water to seep through the very microscopic openings, which are the only entry points to a typical connector and cable.

Corrosion occurs most quickly in environments with an abundance of moisture, as well as electrolytes or ionic compounds. Salt air in coastal areas is an obvious culprit, but localized pollution, such as exhaust gasses or industrial fumes, may also provide the conditions for accelerated damage, Belden wrote. 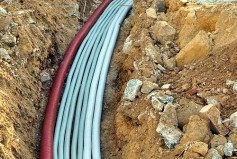 Cabling in manholes, particularly manholes that share ventilation with sewers or storm drains, are at a heightened risk of exposure to all sorts of corrosive chemical compounds, as well as seal- and jacket-melting solvents.

Satellite TV installations are vulnerable to moisture-related corrosion because they not only carry RF signals on the coaxial cable, but they also power the amplifier on the dish through the cable. A high-resistance or intermittent contact anywhere in that circuit results in loss of power to the amplifier. This can often trigger a complete reboot.

The presence of direct current (DC) voltage on the line also speeds up the corrosion process if a steady supply of moisture is available. A copper-clad steel center conductor can completely dissolve in less than a day when submerged in water while voltage is applied.

Corrosion on either conductor can result in harmonic interference of the cable signal. This sort of interference can be difficult to identify without a spectrum analyzer, and will often be chalked up to “noise.” But, it is unmistakable on the analyzer screen due to its regular and periodic distribution on the frequency axis.

Most coaxial cable has a foam dielectric bonded to the center conductor and first layer of foil. If water gets in, its only path for migration is to wick along the metal braid. If cable ends are not capped and sealed, a leaky warehouse roof or even high humidity can spoil cable before installation.

If disconnected cable is left exposed, oxidation damage to the braid can go back several inches – or even feet – under the jacket from the free end. This can result in a poor connection. The heavy oxidation on the braid will prevent proper electrical contact with the post of the new connector. 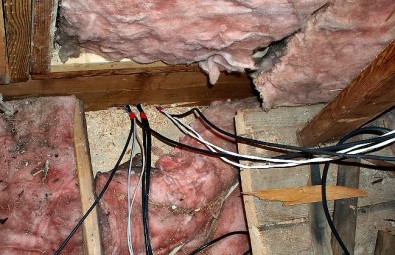 Some types of cable are treated to inhibit corrosion of the braid, or block moisture migration through the braid. If the user is going to put a fresh connector on this kind of cable, and it hasn’t been stored sealed, special care should be taken so that no moisture remains trapped in the braid. Just because you can’t see any corrosion, doesn’t mean the water isn’t there.

Ill-effects of moisture on coaxial RF systems go beyond the more obvious and direct damage from corrosion. Water vapor trapped within an interface changes the dielectric constant of the air in that space. It can significantly alter the return loss of that interface, resulting in high reflective losses.

That loss will vary with daily or seasonal temperature changes as the vapor thins out, condenses or freezes. The cyclic response of the water to temperature also produces physical force in the form of internal pressure or suction within the cable, which can exacerbate an existing leak by creating a pressure gradient.

For example, Belden notes that a hot, sun-baked cable that has been momentarily cooled by a passing rain shower literally sucks in moisture droplets hanging around the interface if not properly sealed. This is because the volume of moist air within the cable contracts significantly as it cools. An RG-6 jumper of only two feet can exhibit temporary gradients of one or two pounds per square inch when the temperature swings from day to night.

Understanding these principles will help users identify and limit the dangers of moisture damage to cables and connectors. It’s an area most of us don’t even think about until trouble strikes.

Editor note: For additional information on the topic of moisture in cables, see this Belden blog post, which formed the basis for this article.