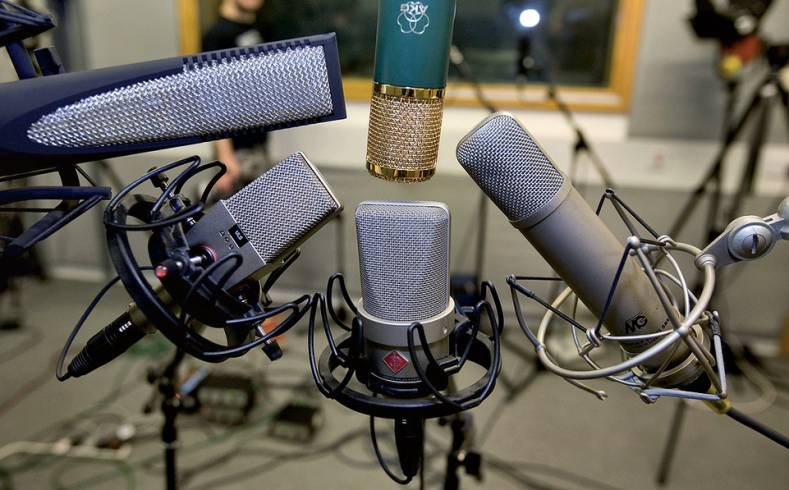 With hundreds of choices in microphones, be sure you understand how to maximize each mic's performance.

Microphones — depending on the owner — either are treated gently or with abuse. This treatment often extends to how the microphone is used. There is a big difference between shouting mindlessly into a dynamic mic in a small club and recording pristine audio in a studio. Here are some tips on how to use microphones to their fullest potential.

First of all, think of microphones as a palette of sound tools — a bit like paint brushes — that are used to create nuances in soundscapes. One microphone is not right for every sound. So choose the microphone for the application, since each sound source is different.

Sweetwater, a pro audio dealer in Ft. Wayne, Indiana, notes that in the world of microphones, opposites attract. A speaker with a dark voice might pair well with a bright microphone, typically a large-diaphragm condenser like the AKG C414 XLII or Neumann TLM 103.

A brash-sounding voice, however, may pair better with a darker mic like the Telefunken U47, or even a ribbon like the Royer R-121 or AEA R-84. If you have a quiet, sultry voice, a large-diaphragm tube condenser, like a Neumann M 149, will bring out the “smokiness” in the voice.

A screaming, hard-core singer, on the other hand, needs a microphone that will handle lots of level and is more resilient, such as a Shure SM7B or Electro-Voice RE20 dynamic mic.

The general rule is to pair brighter sources with darker mics and darker sources with brighter mics. Quiet sources, such as delicate acoustic instruments, need sensitive mics, while louder sources need a microphone with sufficient SPL handling to accommodate the high volume. 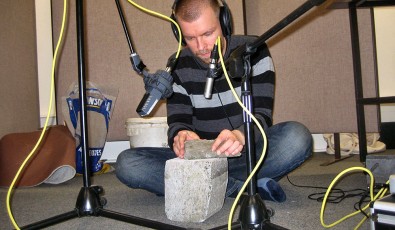 Correct microphone positioning is very important to recording. It’s the engineer’s job to find the sweet spot for the vocal talent. Also different polar patterns have different sweet spots, even with the same microphone. So mic placement is essential to the success of any recording.

The secret to correct mic positioning, Sweetwater says, is striking an ideal balance between proximity effect-induced thickness and intelligibility. You want to move the performer close to the mic to get the needed clarity, but not so close that they sound muddy.

Have the performer move around until you get the sound you’re looking for, then mark their position on the floor. Finally, fine-tune the mic’s axis to tailor the high end and minimize plosives.

You get good sound using proper gain staging. Set the preamp gain too low and the noise increases. Set it too high, and it distorts. To maximize the sound, accommodate the source’s loudest peaks, but leave enough headroom to avoid clipping. This achieves the best signal-to-noise ratio.

Sometimes throw the rules out the window. Intentionally overdriving a preamp for analog saturation will inject your digital recordings with that elusive analog crunch. But if you want to create a pristine-sounding recording, follow the “loudest peaks without clipping” rule. When recording into a digital audio workstation, set levels so that their peaks are between -12 to -6 below 0dBFS. 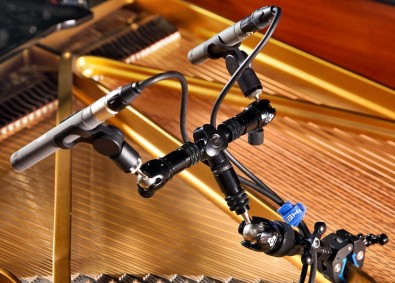 Triad Orbit microphone stand. Such mounts afford a wide variety of mic positioning and can be a real pain reliever if you need to share stands.

Avoid using cheap microphone stands. Such stands are not only notorious for falling over, but they droop and don’t hold their positions very long. There’s no bigger waste of time than constantly repositioning a mic between takes.

Decouple the mic from the floor. Otherwise, every footstep near the stand will create unwanted low-frequency rumble. A shock mount for the mic is also essential. It suspends the microphone and isolates it with elastic bands, halting vibrations before they reach the mic.

Besides using a shock mount, it also helps to put soft material, such as a mat or rug, under the mic stand. This will further decouple the mic from the floor.

While balanced treatment of the recording room is the ideal solution, there is a cost-effective way to improve vocal recordings with a modest amount of treatment. Start by placing acoustic panels on the wall behind the singer. 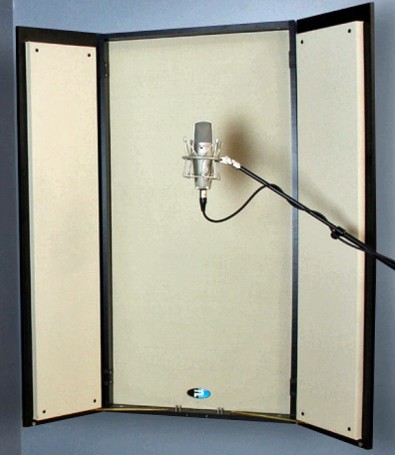 Auralex Studiofoam Wedgies work great for this purpose, as do wall-mounted vocal booths like the Primacoustic FlexiBooth. Treating the wall behind the voice artist will greatly reduce the number of reflections that reach the front of your mic (provided it’s in cardioid mode).

Another device that will help the sound is a reflection filter like the sE Electronics Reflexion Filter PRO. It mounts to the mic stand, absorbing and diffusing the room’s reflected sound.

Finally, a common sonic spoiler, says Sweetwater, is headphone bleed. This issue is magnified if the vocalist is using open-back headphones. Open-backed headphones are well regarded for accurate audio reproduction. However, they tends to leak sound, which then enters the mic.

The unwanted sound may seem negligible at first, but after you run the voice through a compressor, it will be heard. A similar result will come if the voice talent removes one side of the headphones so they can hear themselves. The solution is to provide the vocalist with a quality monitor mix through closed-back headphones.

None of this is particularly difficult and should be standard operating procedure for skilled sound engineers. But many novices today don’t have the skill set to get the best from microphones and recordings. It is time to learn.