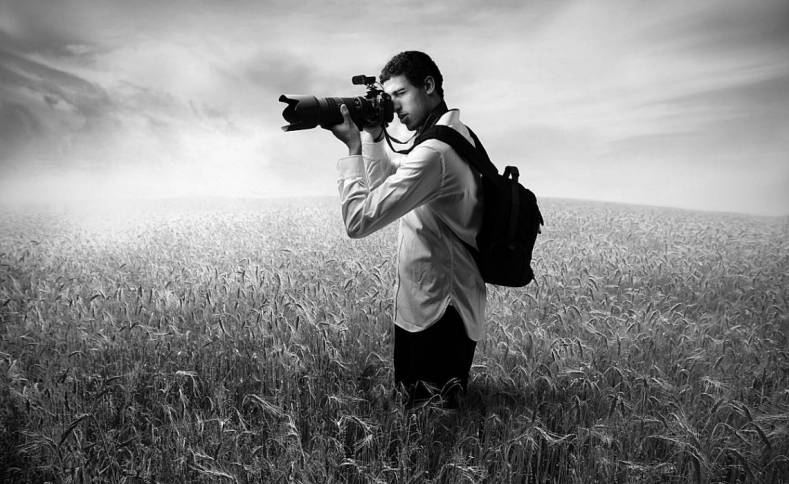 It has been just over a decade since the first video camera was integrated into the form factor of a 35mm film camera. The technical ability to cram both video and digital photographic camera technology into a single device that size was almost unbelievable. But is was also a notable achievement to incorporate audio recording into such compact size.

The Nikon D90 came first in August, 2008, followed by the Canon EOS 5D Mark II a month later. While most marveled at the video quality of these new “DSLR” cameras, audio was definitely a secondary consideration at the time. Most of those early cameras were capable of only primitive audio with built-in microphones.

When looking back a decade ago, it is clear that most DSLR designers didn’t conceive the new combination video-still cameras to record professional audio. They were building still cameras that just happened to shoot video on the side.

Today that has changed. Now we have an entirely new group of hybrid videographers and photographers who combine both disciplines into one. Go to any photography trade show now and you’ll meet Pulitzer Prize-winning still photographers struggling to learn the use of basic shotgun microphones on a location video shoot. The new hybrid kit used by professionals now not only contains photographic tools, but headphones, microphones, audio adapters and LED lighting that works for both video and stills. 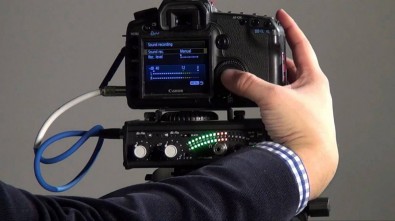 New hybrid video-still cameras like the Panasonic GH-5 and Sony a7R III take video to new limits, shooting 4K resolutions with incredible image stabilization and automation. And with the new cameras, audio is no longer treated like a stepchild, though it can still be greatly improved.

Serious video shooters of this class of camera normally use dedicated sound mixers and recorders synced wirelessly or connected via wire to the video recording device. Companies like Sound Devices, Zaxcom, Zoom and Tascam specialize in multitrack professional recorders for these cameras. Some camera manufacturers, like Panasonic and Sony, make add-on XLR adapters to better outfit their cameras for higher quality sound.

Most cameras today work either with in-camera audio recording or their users employ an outboard dual-system recording system. Plugging a microphone or multiple microphones through an outboard audio mixer into the DSLR or mirrorless camera is the simple way to mix sound. Most connectors on cameras are 3.5mm consumer mini jacks.

For in-camera systems, the advantage is the sound and video are synced together in the camera. The disadvantage is the sound will probably not be as good as recording on an outboard recorder. It’s really a trade off of audio quality for convenience when recording in-camera. But if your camera is good and your video is for YouTube or other online uses, it will probably be fine if the levels are correct.

Dual-system recording maintains an isolated audio signal chain outside of the camera. This can be accomplished using dedicated software like Red Giant’s PluralEyes 4 or the built-in syncing capability of many video editing systems, including Apple’s Final Cut Pro and Adobe’s Premiere Pro CC. In all cases, the sound is matched and locked to the video in post production.

Depending of the quality of your outboard audio recording equipment, users can get excellent audio quality. The disadvantage is this requires a separate audio recorder, microphones and a bunch of accessories. And, it often requires a dedicated sound operator. Things will get more expensive, but the sound will be better. You get what you pay for.

Recently, some new lower-cost tools have appeared on the market that can improve video sound without requiring dedicated sound operators. Sony’s XLR-K1M audio interface and mic kit ($798) is for their a7 and a9 series cameras and the Panasonic DMW-XLR1 XLR mic adapter ($395.99) for the GH-5 can dramatically improve in-camera audio.

While the Sony unit comes with a shotgun mic, the Panasonic device offers dual XLR audio inputs, individual audio level adjustment and low cut controls to reduce wind noise and rumble. A variety of improved audio interfaces/microphone preamps are also on the market available from companies like Beachtek and juicedLink. They range from $200 to over a $1,000. All allow one person operation.

Outboard mixers dedicated to the DSLR are also good solutions. Tascam’s DR-701D Handheld Recorder ($499.99) is a four-XLR input + L-R stereo mix recorder designed for the one-man band video producer. A time-code generator is included for location reference, which can be jam-synced from an SMPTE generator, camera or smart slate via the unit’s BNC time-code input.

Sound Device’s new MixPre-3 ($649.00) and MixPre-6 ($1,013.00) Audio Recorders raise the quality level even more. These devices, which differ only by the number of inputs available, are multi-purpose devices that can be used for a range of applications. They are very compact and record to an internal SD card.

In determining how to match sound with the video in a DSLR or mirrorless camera, it is important to remember that the quality of sound is more important to viewers than the video. It has long been that way. Poor sound will drive away viewers, while good sound will hold them even during mediocre video.

Keep this in mind when matching the audio requirements with the type of video project you are doing. In-camera audio is fine for online use, but is usually not good enough for long-form programming or important interview projects.