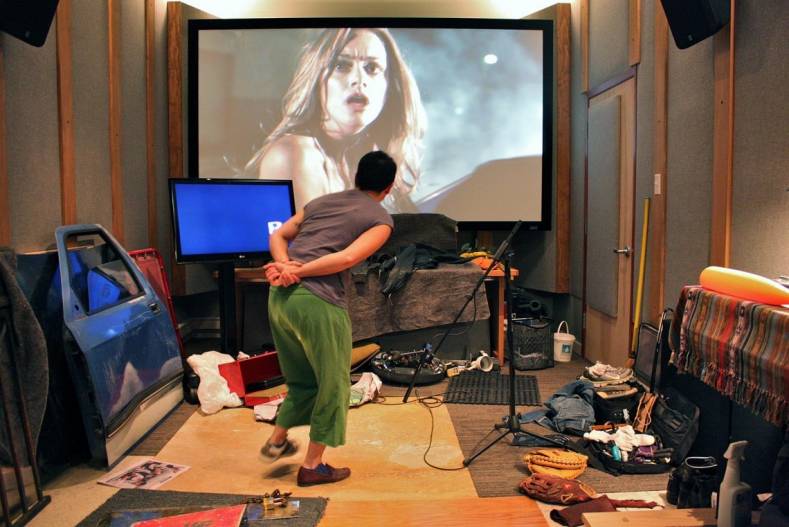 Since the earliest days of television, sound has played second fiddle to video. Only at the highest level of television production has audio been treated with great care. With local production, viewers are still lucky to get basic stereo audio.

Study after study has determined that viewers actually value sound over video quality. However, on the local level, tight budgets matter more than viewer satisfaction. It has always been that way and probably will remain so until the value proposition is shaken up.

On the top of the production pyramid, the sound designer plays a vital role in creating the audio. Outside of these major productions, however, few designers operate in the mainstream video world, though they could make a huge impact if they were supported. On a scene-by-scene basis, sound designers work — alongside directors of photography — to create a sonic world to drive the narrative of the story. Sounds are mapped out, coordinated and then recorded, just as with video. By working together to integrate a palette of sound into the image, sound designers can have a huge impact on how the story is told.

As with all personnel working on a video project, the sound designer begins by reading and analyzing the script. There is far more than spoken dialog and music in each scene. The sound designer’s job is to determine what ambient sounds would enhance each scene and propel the story. The idea is to create a soundscape for each scene, just as the lighting and set-design creates the look of the scene.

Most video documentaries and local television productions use a sound operator to capture and record the sound. A sound track from this material is usually mixed in post. Rarely does the sound person have the time or skill level to consider how their sound can be used to enhance the storytelling effect of the scene. Recording the sound of power lines.

Yet, when planned in advance, good sound design can have a huge impact on the production, no matter how basic. When shooting at a typical airport, for example, think of the sounds one might hear. There is the chatter of people in the airport terminal, the endless security announcements, the endless TV news in waiting areas and atmospheric noise from planes taking off and landing. This mesh of sounds can create a very realistic sonic environment. Simple, haphazard sound recording on a boom pole misses much of it.

Good sound designers listen and identify sounds around them, even in very quiet places. If the video shoot is in a deep, quiet forest, there are still a complex series of sounds that bring the listener into the environment.

The gentle breeze of trees or leaves rustling, a stream or creek in the background or the chirp of crickets in the evening darkness all add a richness to the forest setting. Depending on the time of day, the sounds may change. The sound designer knows the ambient sounds at the time of the scene and can build it accordingly. Next comes the primary sounds associated with what drives the action in the scene. This usually involves what the subject is doing. If the subject is running, for example, audio of the human body in motion is important. With this can come other subtle sounds, perhaps the subject’s clothing noise as he moves. If the subject’s physical condition is an issue, this could be depicted through the sound of his rapid breathing. The sound designer has to analyze what the scene is trying to communicate and illustrate it through sound.

For complex action — a boxing match, for example — sound design becomes more complicated. Audio of the punches and blows can add major impact to the scene. Each blow must be mapped out and certain ones are portrayed louder than others. Each sound is locked to picture. The intricacy of a fight scene can be very complex.

In old-time radio drama, Orson Welles, the director, explained that he treated sound effects, the voices of the actors and the live music as a symphony orchestra, bringing each element together in a way that created a whole. He stood at a podium in the studio and directed the various sound components, often cuing live mics at secondary locations. 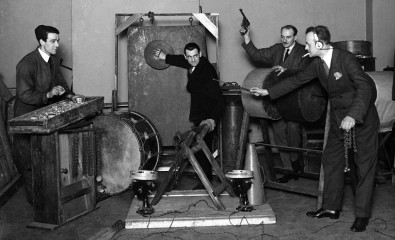 Modern sound design is accomplished in a similar way. To tell a story, the unique sound elements must be combined with dialog, music, sound effects and other elements in the scene. The sound not only lets viewers know where a scene is taking place, but clues them in on how to feel while watching it. If the scene is to turn ominous, the audience should be prepared through sound cues for the coming negative action.

Though some sound designers use pre-recorded sound effects libraries, many record the specific audio elements they need for each scene. If floorboards or doors need to creak in a scene, that sound is recorded to exact specifications. If there is a large grandfather clock in the scene, sounds of a clock are recorded. This is done to fit the specific scene requirements.

Of course, this process can get expensive quickly. When it does, it can get into Foley, which is the creation of specific sound effects done to precision in special studios. Most mainstream video productions find Foley production out of their cost range and prefer to do the recording on location. Sound can be recorded anywhere with the right amount of pre-planning.

The post production for sound design is done with traditional video editing software. Any of the standard applications can create and mix multiple sound tracks. The biggest issue is having the sound elements needed in advance and a map for mixing each sound before beginning the session. Entire edit sessions can be brought to a halt if a necessary sound element is missing.

Small and portable stereo audio recorders are a 'must-have' for any audio-for-video recording project.

While planning a new video production, remember that good sound design is an excellent way to add realism to an otherwise mundane show. For the new sound designer learning the craft, it involves considerable trial and error before getting the right sound effects for each scene. Preparation is essential.

When the scene works, the combined visual and sonic elements paint for the audience a cinematic landscape that is richer and more satisfying than ever before. It can make any video production stand out from the rest of the pack. That’s what counts in today’s very competitive programming universe.