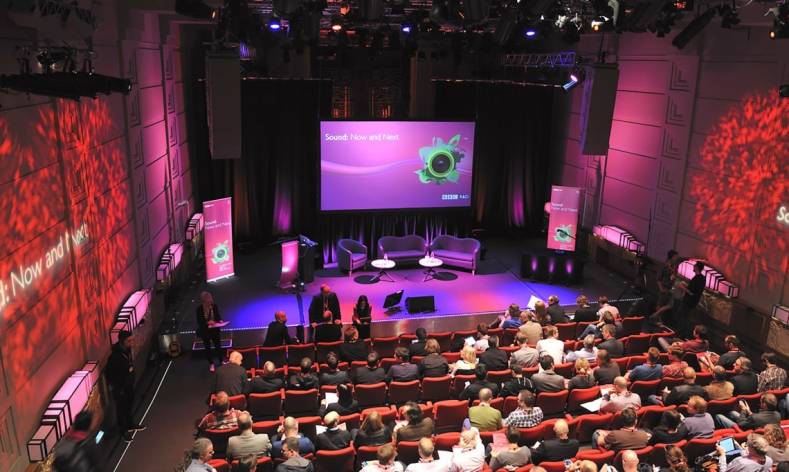 On occasion, broadcasters must do remote projects that require both over-the-air and live amplified sound simultaneously. In these cases, doing a good job with both is as much an art as science. Here are some guidelines to consider when faced with such a project.

Broadcast audio engineers know the basic techniques for over-the-air audio. But in remotes where that same audio is amplified for a live audience, things can get a little more dicey.

Perhaps the biggest factor is good microphone placement — both for the broadcast and the public address system. The major challenge most engineers face is getting the most gain with zero feedback from the PA speakers. Feedback sounds absolutely atrocious on the air.

If the broadcast is coming from a live professional venue, the noise-masking acoustic diffusion can help do a few tricks — such as extreme EQ to dynamics processing that can improve the sound. Feedback-suppression processing, such as with the dbx DriveRack PA2, can be a major help, providing the operator with extra mic-placement flexibility.

Low-sensitivity dynamic microphones with cardioid patterns are the most popular choice for such applications. Their off-axis sound rejection protects against sound from the main PA that can cause feedback. Supercardioid and hypercardioid mics actually pick up a significant amount of sound from the rear, making them more difficult to use in live broadcast situations.

In a white paper on the subject, Sweetwater Sound, a professional audio dealer, tells us the most important element of microphone placement is the distance from the microphone to the source. In most cases, the engineer should get the mic as close to the sound source as possible, which increases the ratio of direct sound to background noise.

The rule of thumb is the greater the gap between direct sound and background noise, the higher the gain can be cranked up without risking feedback.

One broad-stroke concept about microphone placement is always find the sweet spot. Every sound source has a spot or two where all the complexities of acoustics and harmonics come together to provide the most desirable sound.

Finding that spot can be a matter of moving a mic an inch to the left or right or just backing it up or moving it a bit closer. Such mic positioning can make a huge difference in audio quality.

Unless the broadcaster is doing music production, the most common sound source on such broadcasts will be the human voice. As long as the right microphone is chosen, this should be fairly easy. The only time it can get tricky is when one or more microphones are being handheld during the broadcast.

When the mics are being held in the hand, it’s important to get realistic sound levels in advance wherever the talent may move during the segment. Even with this test, it can still be frustrating when the talent forgets and holds the mic varying distances from their mouth as they move around. This is when feedback can easily occur.

Another major culprit to sound in these cases is when someone cups their mic and moves in front of the PA speakers. Usually this happens with amateurs who have few mic skills and forget what they are doing.

Tell that person that cutting off the phase ports on their mic will likely cause feedback and ask them to be careful. It also would help to mark with colored tape a do-not-cross line so the person knows not to wander too close to the speaker.

For live sound for broadcast, it is best to keep the whole set-up as simple as possible. Less is more. You’ll get the best results over-the-air when you remember that the live sound is only about boosting the sound that needs to be louder so the audience can hear it.

Feedback is the enemy in such situations. Get your microphones close to the source to get as much direct sound as possible. The better the direct sound to noise ratio you get, the less you’ll have to worry about feedback problems.