Video producers should seek the best sound quality possible. But when it comes to choosing a sample rate for recording digital audio for video, is higher sampling better? The answer might be surprising.

As audio is digitized, two factors come into play: sampling rate and bit depth. The more samples per second, the better the audio quality. 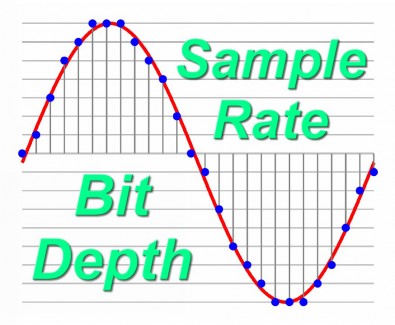 Sampling rate is how many times per second audio is sampled to convert it into a digital file. That measurement may be repeated thousands of times each second. From this, we get the term “samples per second,” which is usually expressed in kiloHertz (kHz), which means 1,000 times each second.

In a compact disc, the sample rate is 44.1 kHz, which means the signal is sampled at 44,100 times each second.

According to an article by Sweetwater Sound, an audio sales company to professionals, the number of samples required to create a theoretically perfect copy comes from a formula created in the 1940s called the Nyquist-Shannon sampling theorem. In basic terms, the sampling rate must be at least twice the frequency recorded. 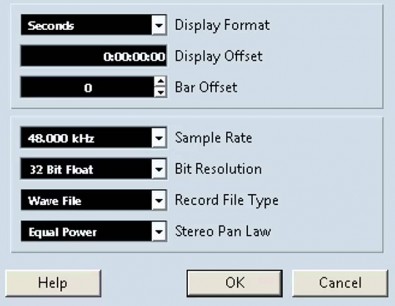 There are three common bit depths: 8, 16 and 24 bit. The standard for digital video, compact and DVD discs is 16 bits, while Blu-ray discs support 24 bit audio.

The digital video audio specification calls for two sampling rates: 48kHz and 32 kHz. The 48 kHz setting (usually referred to as 16 bit) is the standard for two-channel or stereo recording. The 32 kHz version (usually referred to as 12 bit) can record stereo as well, but it is also possible to record four simultaneous channels of audio on certain cameras.

A 32 kHz sampling rate means the top of the recorded audio spectrum is 16,000 Hz, which is OK for dialog and ambient sound.

If 44.1 kHz and higher sampling rates are referred to as CD quality, the 32 kHz setting would be considered FM radio quality. It’s fine for casual use, but not broadcast applications.

Take the bit depth and multiply it by the sampling rate. A typical DV or DVD audio soundtrack has a bit depth of 16 and a sampling rate of 48 kHz. So 48,000 times a second, the audio is digitized with a 16 bit depth. This results in a clean recording that accurately reproduces the original source.

The accepted standard for the human hearing range is from 20 Hertz to 20,000 Hertz (or 20kHz), though in practice, most humans don’t hear frequencies that high. Age, exposure to loud sounds and environmental issues lower human sensitivity to high frequencies. 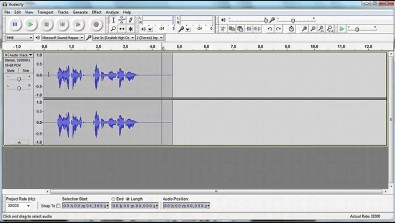 For audio-for-video work, most producers stick to 48 kHz or 96 kHz for best compatibility. But can you get better sound with higher rates?

Then listen in a blind test where you don’t know what sample rate you’re hearing. Can you hear a difference? If you can, then perhaps it’s worth using the higher rate. If not, then perhaps a standard sample rate will do the job.

Recording at 44.1 or 48 kHz through a high-quality modern audio interface will give excellent results. If you want extra confidence, higher rates provide potentially even better results. Let your ears and the final destination of your audio be your guide when making this very subjective decision.

There are advocates of 192 kHz (and higher) sample rates, but most people don’t hear a difference. Higher sample rates provide a greater recorded bandwidth, but there is no intrinsic quality improvement across the 20Hz‑20kHz region. These high rates can also open the door to other problems, such as jitter. It is purely personal preference.