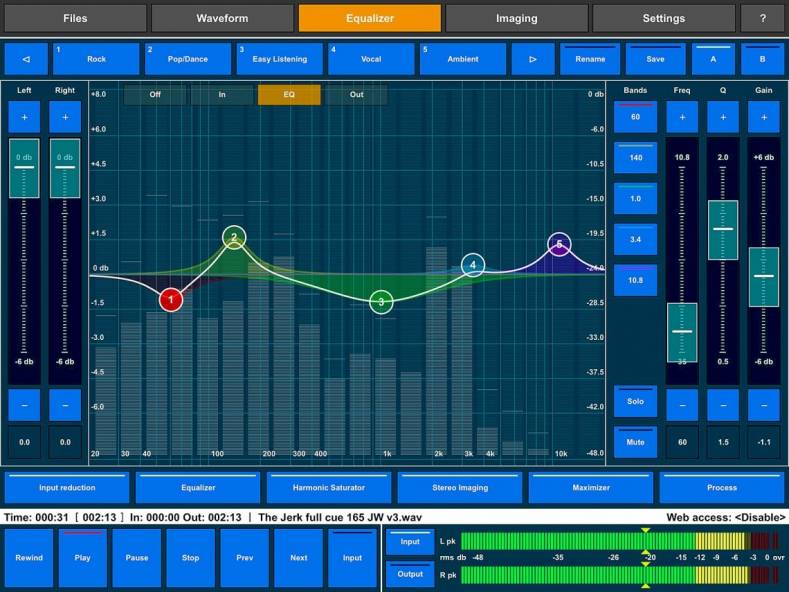 As a sound recordist, you probably know about basic equalization, or EQ. It is found on most audio mixers today. But do you understand parametric EQ — the more precise form of equalization? If not, you should.

Equalization, or EQ, is designed to fix these kind of problems. It adjusts the selected portions of the entire spectrum, by either boosting, cutting or lowering the frequencies.

Graphic EQ allows the user to adjust the gain of a certain frequency either above or below nominal gain. This form of EQ is used everywhere — from recording to mixing to mastering. Even the home user has a form of EQ — the tone knob.

Parametric EQ goes far beyond basic EQ. The word “parametric” means something that has a set of independent variables that express the coordinates of a point. In terms of audio equalization, this translates to parameters such as center frequency, bandwidth and amplitude, or level. The user can adjust these parameters to determine exactly how the equalization is applied. 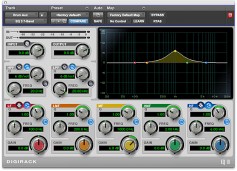 The most important feature of a parametric equalizer is that it allows you to select the specific frequency to adjust. For example, instead of having a simple mid-range adjustment which boosts or reduces a pre-set range of frequencies, you can specify exactly which mid-range frequency to boost or reduce. This offers far greater flexibility and accuracy.

Although the user selects a specific frequency, the actual adjustment will apply to frequencies above and below this frequency as well. This is why it is called the center frequency — the frequency at the center of the adjustment.

Like the graphic equalizer, each frequency can be increased or decreased by +/- 6dB or +/- 12dB. However, a parametric equalizer can also control the center frequency.

A parametric equalizer also controls the bandwidth or range of each control. If the center frequency is 30Hz, the control also affects frequencies as low as 20Hz and as high as 40Hz, although the effect is less at the extremes.

The center point for frequencies is the control that users spend the most time working with, because it is more important than the other controls. It matters more what frequencies you adjust (highs, lows, mids, mid-lows, etc.) than it does how much you cut or boost, or how wide the band is.

There are many types of parametric EQ devices to chose from. They range from inexpensive software plug-ins to elaborate outboard hardware, costing thousands of dollars.

The sound of hardware components can range from awful to heavenly, depending on the quality, the labor and the amount of money spent on the design and build of it. A disadvantage to the analog outboard components is that digital versions have pictures of the cuts and increases along the frequency spectrum.

Old audio pros warn that when using parametric EQ not to attempt too much. Basically, when you hear something in the sound that is not right, look for the offending frequency. Sweep up and down the spectrum. Listen for the places where the problem reveals itself. Find the middle of that section and set the frequency control to that.

Experimentation is the key to successfully using parametric EQ. Discover how boosts and cuts sound in various frequencies across the spectrum. With this experience, you will gain more confidence.

Essentially, parametric EQs allow recordists more detailed control of the sound and permits finer adjustments. However, at the end of the day it requires a good ear to find the troubling frequency, and a solid understanding of the cause/effect relationship of adding or subtracting from a frequency to correct it.