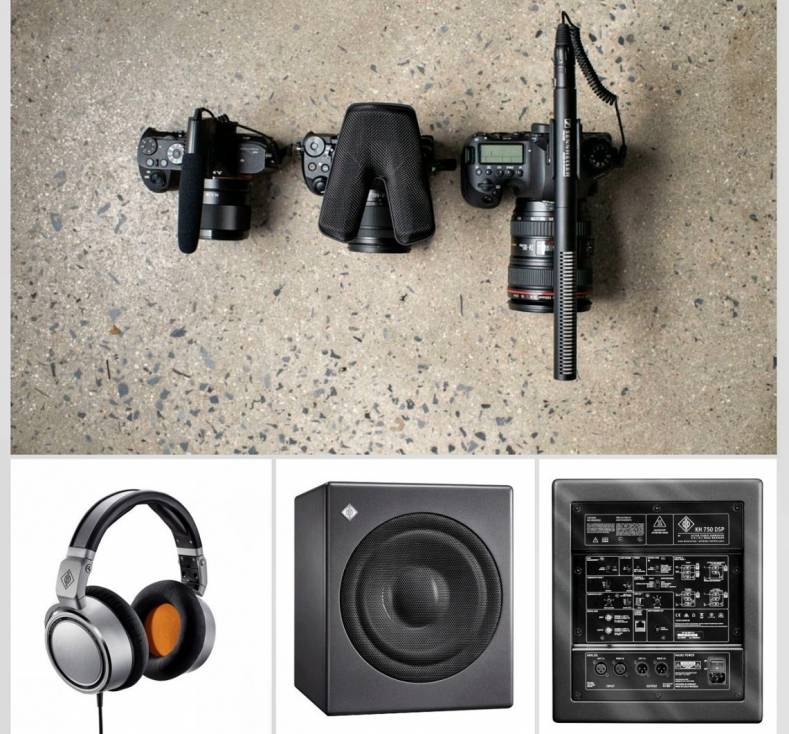 It has long been an open secret in video production: great sound is far more important than the quality of the images. Surround, or even stereo audio, can dramatically improve an average quality picture on virtually any kind of programming — from news and documentary to feature films.

With today’s compact stereo and immersive sound microphones, recording audio with a wide soundscape is much easier than ever before. Whether done directly on the camera’s audio track or a multichannel outboard recorder, the payback from producing better audio is always high.

Let’s begin with basic stereo. Recording stereo audio creates the perception of width, space and location. Different sounds on the left and right stereo channels emulates the function of two human ears, which is how humans perceive their environment.

The human brain analyzes the minute differences between the sounds heard by our left and right ears. Those timing differences between when sounds arrive at each ear are important to determining the direction, intensity, energy and mood of what we hear. It can have a subtle, but huge impact on video we watch.

To capture these differences in sound perception, years of research has gone into stereo recording. No one way works best, but skilled sound operators know what works for them in given situations. Each recording technique varies slightly.

When choosing one or more microphones to capture a stereo image, important considerations are viability of use (one-man bands have different issues than well-equipped sound operators), microphone polar patterns, the recording technique used and the microphone’s self-noise.

Generally, small video crews like to use X/Y or mid-side (M-S) recording techniques in the field. This is because the microphones are usually compact, easy to handle and their one-piece design insures good stereo in chaotic conditions.

X/Y is popular because the fixed capsules avoid phase cancellation. By placing the two mic capsules at a 90-degree angle in the same physical location, there are no timing differences, while the directional patterns create intensity differences between the signals.

The downside to this X/Y “coincident” technique is a narrow stereo image — though some models can be adjusted up to 120-degrees to widen the the stereo image.

Popular one-piece X/Y microphones include Audio Technica’s AT2022, BP4025 and AT8022 and Rode’s NT-4. Any matched pair of cardioid microphones can also be configured for X/Y recording. 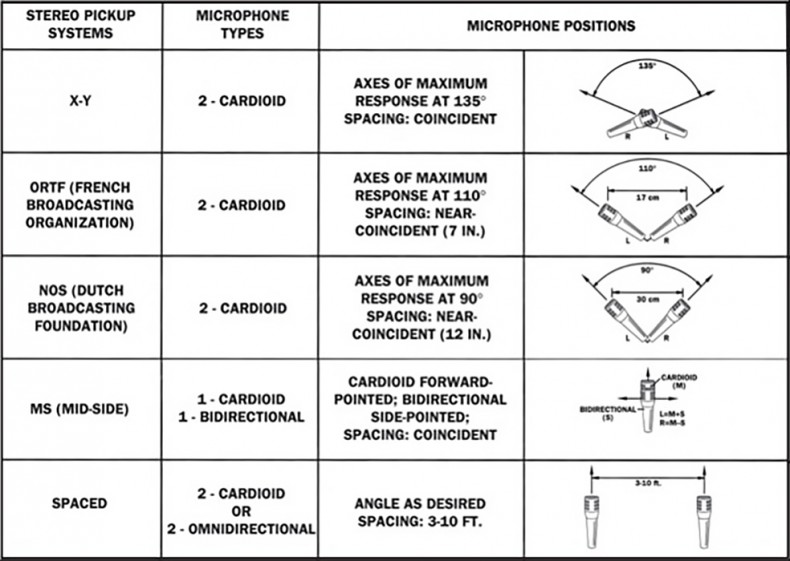 The Mid-Side (M-S) technique uses two microphones with different patterns, usually a cardioid mic with a figure-8 mic placed at a 90-degree angle to the cardioid. Again, this can be in a single-piece design or with two separate microphones piggy-backed together.

Another reason for the popularity of M-S is 100 percent mono compatibility. When the left and right channels of a stereo signal are summed to mono, the sides will cancel each other out. This is considered an important safety factor for broadcast use.

A third popular stereo recording technique is named after Alan Blumlein, a pioneer of stereo recording in the 1930s. His technique uses a pair of figure-8 pattern microphones rather than the cardioid pattern that is used in the typical X/Y configuration, though the two mics are still set up in a coincident 90-degree X/Y arrangement.

The figure-8 pattern means the microphones are also picking up sounds from the rear. These are typically room reflections and ambience that will add a sense of space to the recorded track.

Of course, there are many configurations for stereo recording in use, and none is considered to be the best. Omni mics can be configured in a variety of spaced pair arrays to record stereo effects. The ORTF method, devised by Radio France, combines both the volume difference provided as sound arrives on- and off-axis at two cardioid microphones spread to a 110-degree angle.

While stereo has been around a long time and is still under-used — especially in traditional broadcasting — a new generation of immersive sound recording is now coming on the market. Though targeted to virtual reality video, the mics used in immersive recording can be used for anything, including traditional video and audio programming.

Sennheiser’s AMBEO is a complete immersive sound system, from microphone through post through listening. The company recently introduced an ambisonic microphone with four matched KE 14 capsules in a tetrahedral array.

The ambisonics being used with the Sennheiser microphone is a multichannel technique that captures sound from all directions around a single point in space. The audio is rendered binaurally in playback, allowing users to virtually rotate perspective in all directions — vertically as well as horizontally.

Dolby and Rode have also joined the immersive sound markets with competing systems. Dolby’s Atmos, mainly targeting feature films but expanding to other areas as well, moves sound around the listener and can work with as few as six loudspeakers. 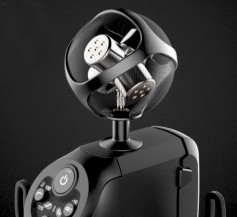 In post, videographers will be able to shape their immersive sound to fit the image. No pricing has yet been released, but the Rode model is expected to significantly lower the cost of immersive audio recording.

Finally, with any microphone being used for either stereo or immersive sound, price differences vary widely. Some might ask why. Higher prices generally mean less noise from the mic itself, a higher dynamic range, a better build quality and perhaps a better warranty. Lower prices usually mean more noise and lesser build quality, though there can be exceptions.

Carefully check the details and the noise specs of the mics you purchase for stereo or immersive sound recording. A low noise floor can make a huge difference in recording those delicate sounds that make your audio jump off the screen. Like everything in pro audio, you get what you pay for.