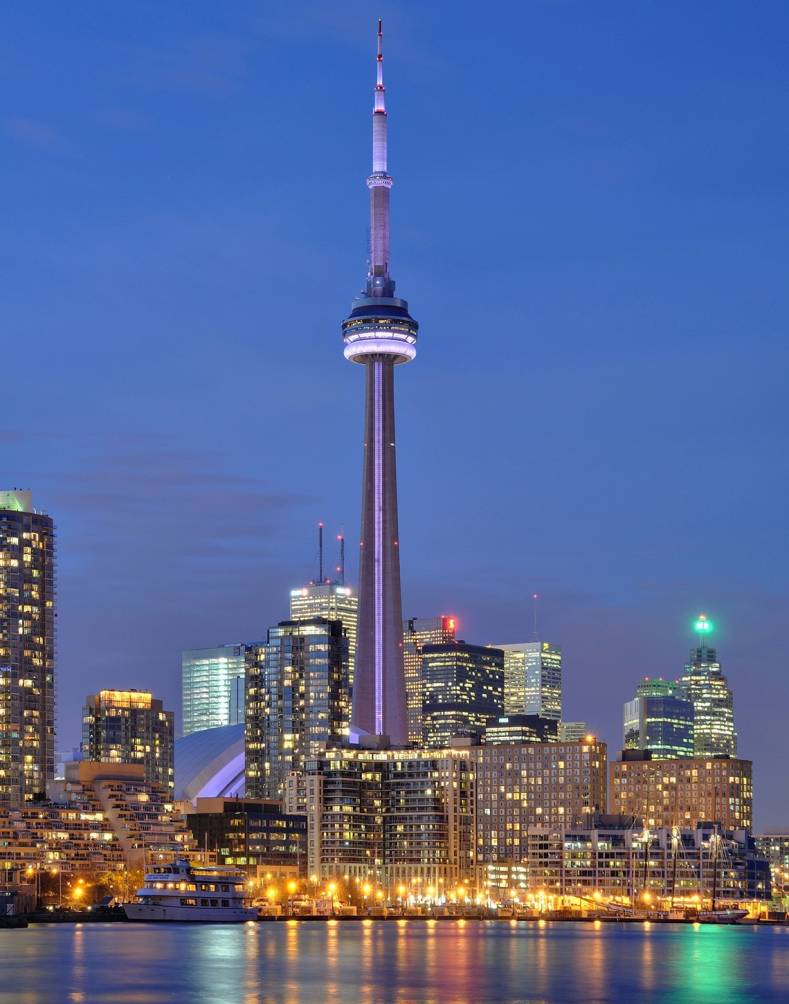 CN Tower, Toronto. It is the tallest freestanding VHF-UHF transmission concrete tower in the Western Hemisphere.

The business of selling television and radio transmission antennas in the United States is at a standstill, though the global business is stronger. Antenna tower builders, however, remain busy — switching from broadcasting to the booming cellular telephone business.

It all began with the economic crisis in 2008, when the bottom fell out of broadcast stations, causing new antenna sales to plummet. Then the FCC’s television spectrum auction plans took hold, further complicating plans for new antennas until the fate of the repacking of broadcast frequencies is known in the future. Radio, especially AM broadcasting, remains in a survival mode. 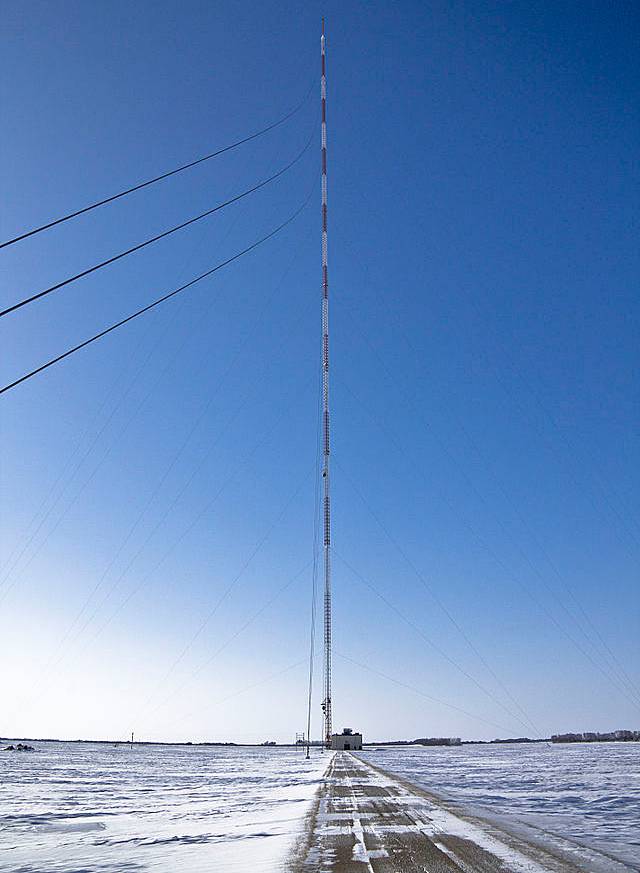 A simultaneous cause for the slump in terrestrial broadcast transmission antenna sales is the rise of the Internet. Television is moving to an anywhere, anytime, any device type medium and traditional television stations haven’t kept up with the fast moving change. Radio is in the same boat, with streaming audio on the Internet allowing stations to be heard anywhere in the world without over-the-air signals.

With uncertainly about the future of terrestrial broadcasting now focused on FCC actions, broadcasters are, for the most part, not expanding or purchasing new equipment unless it’s absolutely necessary. How long the uncertainly will go on, nobody knows.

The Dielectric plant in Raymond, Maine, is now owned by the Sinclair Broadcast company.

One of the hardest hit U.S. antenna makers was Dielectric Communications, whose former parent company, SPX Corp., announced it was closing down the business last year. At the last minute, Sinclair Broadcasting bought the struggling company for about $5 million.

The highly regarded Dielectric, based in Raymond, Maine, dominates the television antenna industry providing 63 percent of TV broadcast antennas in the United States. The jobs of Dielectric’s 33 employees were saved by the purchase.

Dielectric was founded in 1942, when it started developing transmission lines for early wartime radar systems. After the war, Dr. Charles "Doc" Brown, founder of the company, applied their technology in the new civilian field of television broadcasting. The company began to invent and supply equipment for all three major television networks.

In later years, Dielectric helped lead the U.S. transition to DTV and installed its first digital antenna in 1994. When the transition was complete fifteen years later, Dielectric had provided over 1300 broadcasters with DTV solutions. Then the economic crash of 2008 hit.

Keith L. Pelletier, now the general manager of Dielectric, said the antenna business has not improved much since the downturn of 2008. Today, with questions about the FCC’s repacking of spectrum still unanswered, it remains in limbo. 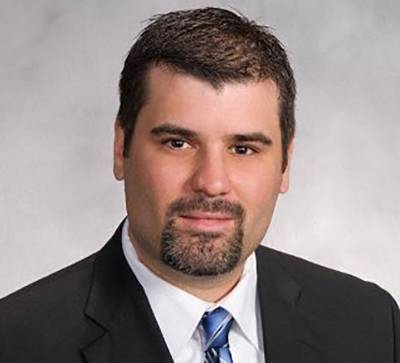 Keith L. Pelletier, GM of Dielectric, remains optimistic, but the company's future may depend in how soon the FCC's spectrum repacking begins and stations have to buy new antenna equipment.

“If you break the antennas down on the television side to high power and low power, the high power business is very much at a standstill,” Pelletier said. “There may be one or two stations that pop up every six or seven months that are moving forward and taking a risk either because their channel is safe or they are in a location where they don’t think they will be repacked. For the most part, it is very, very dry.”

For low power stations, 15 kilowatts or less, more are moving forward with new antennas, even though they are at risk of losing their licenses after repacking. Those low power antennas, Pelletier said, cost on average about $12,000. High power antennas, depending on the type, range in price between $120,000 and $150,000, and are far more profitable.

The trend is for new television antennas to be broadband (operating at several frequency channels simultaneously) or band-tunable. “Whether it’s a filter that can be tuned to a different frequency at a later date if the owner needs to change frequencies or whether it’s a broadband-designed antenna, these new antennas offer the ability to change channels down the road if they are impacted by the repack. It’s more where people are leaning today more than anything else.”

Though broadband panel antennas have been available for about 20 years, the technology has changed in the past five to seven years because of mobile TV and need for more robust signals.

Pelletier said both tower owners and broadcasters are also asking antenna manufacturers to develop systems that are more readily fixable on the tower. “If they have a lightning strike or other damage on the antenna system, they are looking at systems they can fix in the air rather than taking it down, sending it back to the manufacturer, refurbishing it and then putting it back up,” he said.

On the radio side, Tom King, president of Kintronic Labs of Bluff City, Tennessee, a specialist in AM transmission equipment, said the radio antenna business in the United States also collapsed in 2008 and has not recovered. He said a move to HD radio was tried for a while, but has been adopted mainly by public broadcasters and large stations — not mid-sized and smaller stations. 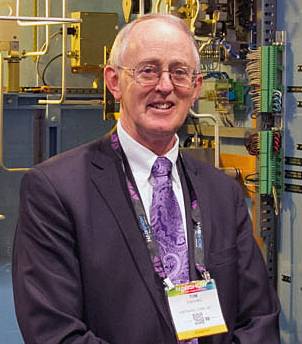 The international radio market antenna market is definitely stronger, King said. “We just finished shipping equipment to 27 sites in India in Digital Radio Mondiale (DRM), the international radio standard that’s being adopted in many foreign countries. We did this in a contract with Nautel, the transmitter company. These were 100, 200 and 300 kilowatt stations for All India Radio. It was very big project for us.”

As for tower manufacturers, King said, the slump in antenna sales has not hit them. They simply changed customers. “The tower companies also build for the cellular telephone industry. That’s their bread and butter now and there’s plenty of work for them.”

When Sinclair Broadcast Group bought Dielectric, it cited its own need to maintain the Dielectric antennas now installed at over 100 of its total of 140 television stations.

David Amy, chief financial officer for Sinclair, said at the time that it was very important that Dielectric stay in business so Sinclair would not have to rely on non-Dielectric repair services or to buy lesser-quality equipment from foreign manufacturers.

But, so far, Dielectric’s Pelletier said, the repair and refurbishing business has been minimal for antennas. “That volume is light,” he said. “It doesn’t fill the void of the lack of new business moving forward.”

Author's Note: There is often ambiguity between the terms tower and mast. A tower is a self-supporting or cantilevered structure, while a mast is stabilized by stays or guys. Both broadcasting towers and masts provide limited occupied floor space and are non-building structures.