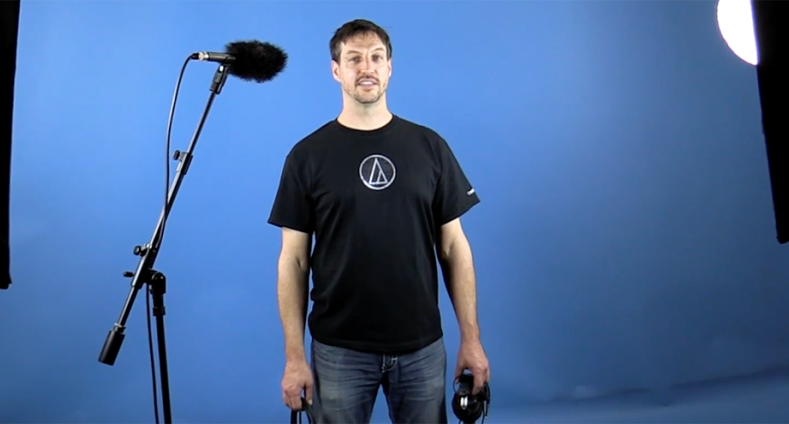 With the current generation of videographers, a mounted on-camera microphone is considered a major upgrade to the camera’s built-in microphone. But when a video producer seeks true excellence in field audio, boom microphones come into play.

It has been a well-known fact for a long time: good audio is more important in making a compelling video than the quality of the image itself. Viewers will put up with inferior images, as long as the sound is excellent.

A basic rule in getting good audio is to get your mic as close as possible to the subject. That can be with a lavalier or a shotgun boom microphone. Camera-mounted mics are good for picking up ambient sound.

However, never use the camera’s built-in microphone, which is of inferior quality and has a much wider angle of pickup. It usually sounds awful and is a sure way to quickly loose your audience. 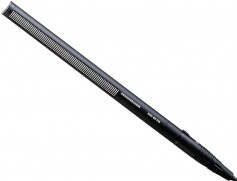 Shotgun microphones have long been a staple of working production crews — ranging from those doing news, documentaries to feature films. A shotgun provides less ambiance and the subject’s speech will jump out. Mono shotguns are more directional than stereo shotguns, offering greater reach.

Audio-Technica, a manufacturer of microphones, wrote a white paper on the use of shotguns to capture good audio for video. It said with a shotgun microphone, unlike a camera’s variable zoom lens, does not have significant range and can capture perfect dialog only a few feet away.

The most expensive shotgun mics, Audio-Technica said, can capture audio from a distance of six to ten feet, while more affordable mics sound their best at a distance of three to four feet away. 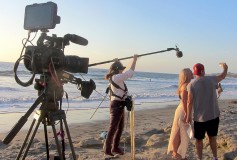 Boom being used on location shoot

The best sound will come from positioning the shotgun mic a few feet above the subject. The camera can be any distance away, but the microphone must remain close enough to the subject so that the audience can hear a full, clean voice presence.

When booming from above, the microphone will be pointing downwards. Noise from around the room will strike the sides of the microphone, where pickup is much less sensitive. Dead side pickup is referred to as off-axis.

At the same time, dialog is being picked up on-axis under the front of the microphone, where the mic is the most sensitive. This provides less ambient noise and more emphasis on the voice.

Dynamic mics, often used by field reporters as hand mics in news reporting, only react to moderately loud sounds that are close to the microphone. For conversational purposes, the microphone is typically held four to eight inches from the subject.

However, dynamic mics are not for suspending on a boompole, as the goal for most video shoots is to keep the microphone out of the shot.

Keeping the microphone off the camera and attaching it to a boompole is also important when using different camera angles. Every time the camera pans or tilts, the on-camera microphone changes direction as well. This creates a change of perspective of the audio, especially if it’s being captured from a fixed source or direction. 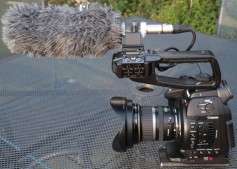 The choice of the shotgun microphone is also important. More expensive shotguns (such as the Sennheiser MKH-416 ($999.95) or the Rode NTG-3 ($669.99) sound better, gain greater reach, have very low self-noise specs and can work in a wide range of environmental conditions. That’s the reason they are frequently the first choice of professional production crews.

Lower-priced, entry-level shotgun microphones tend to vary more in performance, though some are quite good when used by a skilled operator. However, these microphones tend to reach shorter distances, have higher self-noise specs and sometimes operate intermittently in very humid conditions.

For beginners without the money to purchase serious sound gear, the best advice is to rent a skilled, well-equipped sound operator for the job until the production has the audio skill set and the money to purchase first rate audio equipment. At the end of the day, high quality audio is the goal, no matter how you get it.