Testing in an anechoic chamber

Generally, specs like 20 Hz – 20 kHz are not very useful. A frequency response diagram, on the other hand, will give recordists much more information, because it illustrates the microphone’s sound balance.

For instance, if you see a rise in the upper frequencies of, say, 6 dB, you can expect the respective microphone to sound quite bright.

However, a frequency response plot won’t say if you are going to like the character or “texture” of this brightness, whether it will sound silky or harsh to your ears. That’s where the mystery comes in the recording process.

In an essay on the subject, Neumann, the German microphone manufacturer, suggests we look at the X-axis. The frequencies are usually displayed on a logarithmic scale, which is closer to human perception than a linear scale.

Neumann suggests this rough idea of the various frequency ranges of microphones:

When comparing frequency plots, always take note of the how the Y-axis is scaled. Some manufacturers use a very wide scale to make a jagged frequency response look nice and smooth. 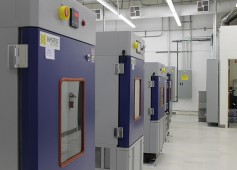 Also, some less reputable manufacturers more or less make up their frequency plots, as they don’t own the necessary gear to measure them. An anechoic room and measurement equipment is an expensive investment for small manufacturers. A pencil is much cheaper. 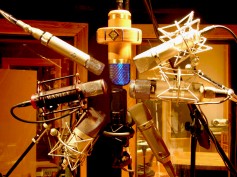 Typically, Neumann writes, a studio microphone is more balanced than a stage mic, but not exactly linear, either. Most microphones show a rise in the upper frequencies, i.e. in the presence and treble regions.

While frequency diagrams could be helpful to compare the location and magnitude of those boost frequencies, the published charts are often unreliable or mere wishful thinking, especially on lower end products.