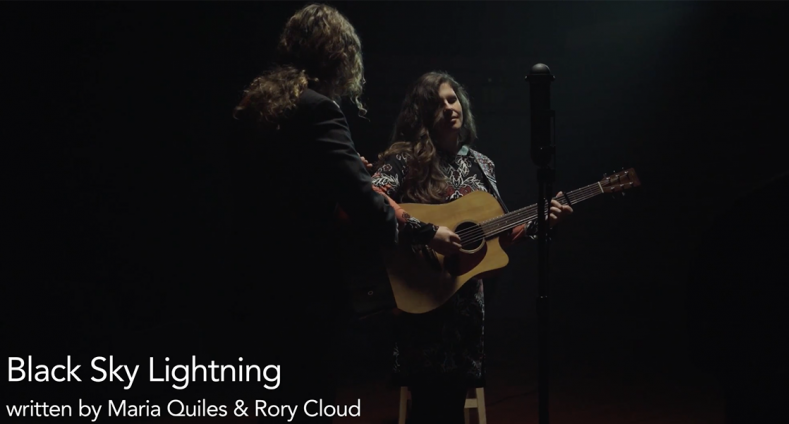 On Febuary 12, when Alan Blumlein receives the Grammy’s Technical Award, few in the audience will grasp the profound implications of his life and work. But Blumlein, a visionary engineer whose greatest work happened in the 1930s, changed and still affects modern stereo recording to this day. 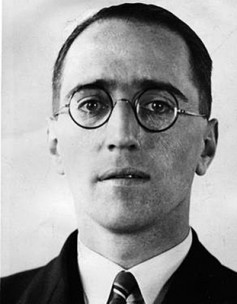 Blumlein was an English electronics engineer notable for many inventions in telecommunications, sound recording, stereophonic sound, television and radar. He received 128 patents in his tragically short career and was considered as one of the most significant engineers and inventors of his time.

The Halifax II V9977, which crashed on June 7, 1942, killing Alan Blumlein. Note the H2S radome under the belly. Click to enlarge.

Blumlein died during World War II on June 7, 1942 at age 38 during the secret trial of an H2S airborne radar system then under development. All on board the Halifax bomber he was flying in were killed when it caught on fire and crashed at Welsh Bicknor in Herefordshire. Blumlein’s work was so secretive at the time that news of his death was kept secret until the end of the war.

At a very young age, Blumlein’s genius was obvious. In mid-1930, he met Doreen Lane, a preparatory school teacher five years his junior. After two-and-a-half years of courtship, the two were married in 1933. Lane was warned by acquaintances before the wedding that, "There was a joke amongst some of his friends, they used to call it 'Blumlein-itis' or 'First Class Mind.’ It seems that he didn't want to know anyone who didn't have a first class mind."

In 1924, Blumlein started his first job at International Western Electric, where he measured the frequency response of human ears. He went on to reducing loss and crosstalk in long-distance telephone lines. His techniques were used until the end of the analog telephony era.

In 1929, Blumlein joined the Columbia Graphophone Company, where his first project was to find a method of disc cutting that circumvented a Bell patent in the Western Electric moving-iron cutting head then used, and on which substantial royalties had to be paid. He went on to invent a complete recording chain that circumvented licensing agreements and allowed studios to own and control their own equipment without paying fees.

Early in 1931, the Columbia Graphophone Company and the Gramophone Company merged and became EMI. During the early 1930s, Blumlein and Herbert Holman developed a series of moving-coil microphones, which were used in EMI recording studios and by the BBC.

It’s Blumlein’s inventions involving stereo audio that are best remembered. In 1931, he developed what he called "binaural sound,” now known as stereophonic sound. It started when he and his wife viewed a “talkie” at a local cinema. Blumlein noted that the sound used only a single speaker and declared to his wife that he knew how to make the sound follow the actors across the screen.

From this came a host of new ideas, some still being used today. One was the use of a coincident pair of velocity microphones with their axes at right angles to each other, which is still known as a "Blumlein Pair.” By 1934, Blumlein was recording stereo music at Abbey Studios in London. 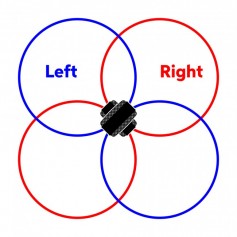 The Blumlein stereo technique uses a pair of figure of eight pattern microphones rather than the cardioid pattern that is used in the typical X-Y configuration, though the two mics are still set up in a coincident 90-degree X-Y arrangement.

The figure of eight pattern means that the microphones are also picking up sounds from the back of the microphone. These are typically room reflections and ambience that will add a sense of space to the recorded track. Several high-end Blumlein microphones are made by Audio Engineering Associates (AEA), Coles and Royer Labs. Many other companies make mono ribbon mics that can be used in the Blumlein configuration.

This Blumlein-designed ribbon mic from the mid 1930s still is in use at Abbey Studios. Click to enlarge.

Two prototype microphones built by Blumlein in the mid-1930s are still in use at Abbey Road today, one stereo model is still in use about once a week. It easily moved into the digital era, using the original ribbon element.

Wes Dooley, founder of Audio Engineering Associates in Pasadena, California, is one of the major experts on Blumlein’s work, having designed and manufactured some of the world’s top microphones using Blumlein’s 1930’s stereo recording technique.

“Blumlein richly deserves the Grammy for technology,” said Dooley. “He is one of the giants of the audio industry.

“I remember hearing that Blumlein's assistant for many years commented that Alan was really unhappy because he'd think about something, then design it and sometimes it didn’t sound the way he thought it should. He’d have to go back and do more work. Generally, most of us in this business do a lot of iterations of lab work. But Alan was so good at modeling things in his mind and on paper that the first prototypes he built generally did exactly what he expected them to do. He was that good.”

Dooley’s AEA has combined both Blumlein’s stereo recording technique and RCA’s ribbon technology from the 1930s into stereo microphones used today by major recording studios and artists throughout the world. The company’s R88 MkII Blumlein stereo microphone was called “a joyeous mike” by Pete Townshend of The Who.

Though the technology to achieve better ribbon sound has improved in recent years (better magnets, better signal-to-noise), Blumlein’s technique remains one of the most frequently used methods for recording stereo.

The 1930s was a renaissance era for building microphones, Dooley said. “Microphone patents were picked up by RCA. Better magnets were becoming available. The engineers looked at it and said the ribbon microphone natively has a figure of eight pattern. Let's run it that way in its natural mode. That was a huge jump.

“About the 1939 RCA 44B and BX, Les Paul commented that was the first real breakthrough in microphones. Because no matter how good the preamps, recorders and playback systems have gotten since then, the mic just sits there and sounds like music. That's the technology that we base all our products on. If you can get the right position with the RCA technology, the Blumlein method sounds stunningly good.” 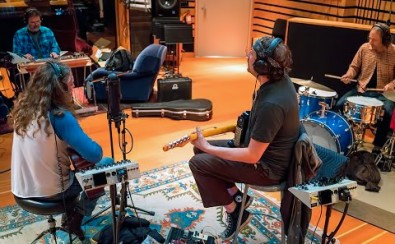 RCA’s ribbon technology is called “Big Ribbon” by AEA and is combined in the R88 MkII microphone, which uses a coincident Blumlein recording technique with two figure of eight ribbons. “We have customers of this microphone who say the combination of the Blumlein and RCA ribbon technology allows them to get the sound they are seeking.

“I won’t say the Blumlein stereo recording method is the absolute best stereo recording technique because it doesn’t work in every space and every situation,” Dooley said. “There are many techniques and that's why audio engineers learn all sorts of methods so that even in a really awkward space it can be made to sound good, if the engineer has the skills to do it. Even Blumlein realized that and came up with alternative methods.

“But when you listen to recordings from the 1930s done by Western Electric with spaced mics and then you listen to the Blumlein recordings, the sound stage and sense of depth is so much more natural with Blumlein. It is much more musical. It was not just that he was technically adroit and enormously productive, but he improved the overall performance and made what you hear so much more pleasing.

“Blumlein was not only brilliant, but amazingly prolific,” Dooley added. “He improved so many different areas. You starting looking at his patents and you just go how does anybody do that?”