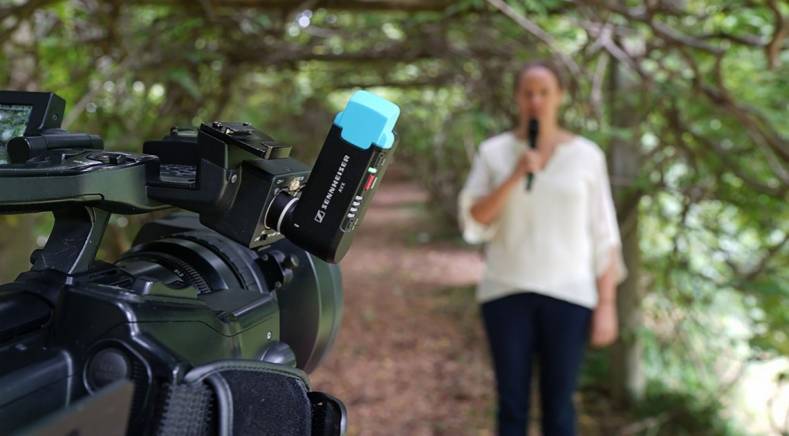 The difference between using a wired and wireless microphone for a specific job is no longer about sound quality. It’s about a group of other factors, many of which users should consider before making the choice.

As with most everything in pro audio, there are advantages and disadvantages to both wireless and wired microphone systems. The choice should be determined by the user’s specific application. Some make the decision simply to reduce the amount of cable clutter, while others look deeper into other issues. Here are a few considerations.

A big one is cost. A single wireless microphone channel will probably cost about four to 10 times as much as its wired counterpart. For example, a Shure SM58 hardwired microphone, an industry standard, sells for about $100. The same SM58 capsule in Shure’s BLX24/SM58 entry level wireless system sells for $299.00. The same microphone capsule in a high-end Shure ULX-D system can cost thousands of dollars, depending on features and configuration. 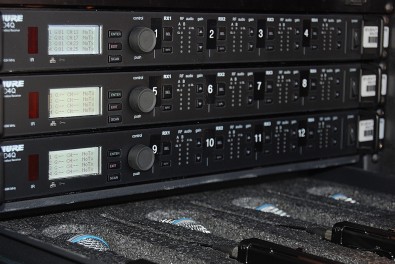 1. Will the wireless microphone be in a stationery position? 2. Will the performer need the freedom to move around without the limitations of an XLR cable? 3. Is there concern about the safety hazard the XLR cables can create? 4. Is it known which frequency range is best for any given location? 5. Will there always be someone competent enough to sync the transmitter to the receiver? 6. Does the user want to deal with rechargeable batteries? Is a handheld, a lav or headset system preferable?

One question omitted from that list is audio quality. It’s a question from the past, though many users still believe a wireless microphone can't sound as good as a hardwired one. This is no longer true. Modern digital wireless systems are highly accurate and reliable. Quality is no longer an issue.

Perhaps the biggest remaining issues are simplicity and reliability. If you can put up with a cord, wired mics are easy and reliable to use. Users don’t have to worry about frequency selection or battery life. They save time of having to track down problems, because there are fewer things that can go wrong.

The majority of issues fall upon the mic cable. Use the best quality cable and connectors and that is rarely a problem. If it happens, a simple switch of the cable fixes the problem. Wired mics can save on cost and complication. 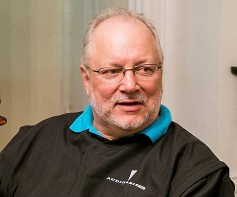 The penalty depends on which country you go to. “In England, it’s a 10,000 pound fine. They can confiscate your equipment and not give it back to you. And if they are really nasty, you could get six months in jail. The airwaves belong to the people. Since that’s the case, the governments of countries have the right to say what frequencies one can use there.”

Also, because of frequency shortages, wireless microphone use in the United States is going to get tighter in the coming years. “Because everybody is carrying around a smartphone in their pocket these days, there is less and less spectrum for wireless microphones. The FCC is taking the spectrum away from television stations and wireless microphones and it’s being resold for use with cell phones,” Pettersen noted.

“The FCC sees billions of dollars to make, not from Shure, but from Verizon and AT&T. So the spectrum will become smaller and smaller. What we as manufacturers have to do is become more efficient at how we use the frequencies we have.

“In the 1970s, where you might have been able to fit five wireless microphones on a slice of spectrum, we can now we can fit 40. It’s taking whatever they give us and figuring out how best to use it. Over the next five years, it will get pretty ugly as this conflict continues.”

Petersen offered a final piece of advice for all users of wireless microphones. “Even if you use wireless, always carry a cable and wired microphone. You never know what will happen with wireless. Interference can come from anywhere and you won’t be able to figure it out quickly enough. Always carry a wired backup mic set-up to every gig. That’s the best advice I can give you.”

Where absolute reliability is demanded, use wired microphones. Even the president of the United States only uses wired microphones. But if you have the proper technicians, the necessary funds and need to be without cable, wireless microphones are now unmatched in audio quality.