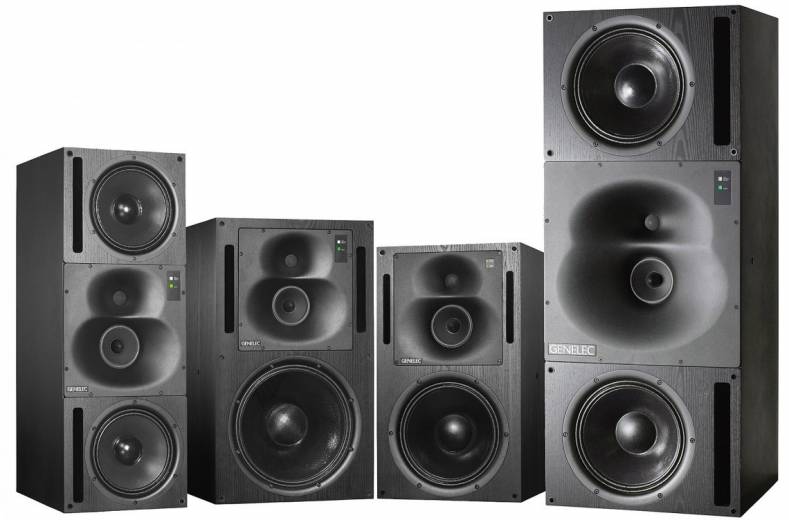 There are speakers and there are professional audio monitors. How do you know the difference and which should you buy for a specific pro audio application? The decision can be difficult if you don’t know the basics. Here is a primer on monitor speakers.

Studio monitors, used by professionals for listening to their end audio product, are a form of speakers designed to have a flat response and minimal distortion. Monitors offer an accurate, transparent, uncolored reproduction of the tonal qualities of the source audio. They are intended to provide natural playback of recorded material.

These should not be confused with other kinds of speakers for professional applications. Live monitors are speakers that are used during a live stage performance so musicians can hear themselves. These monitors don't need the pristine characteristics of studio monitors. They are often wedge-shaped and positioned at the front of the stage, projecting back towards the band.

Live loudspeakers, on the other hand, project the sound of the performers to the audience. These are designed to provide sound reinforcement to live audiences. High power and distortion free operation are their primary characteristics. These are not studio monitors.

Then there are stereo loudspeakers designed for consumer audio systems. These are usually not a robust as professional monitors. Though they can be top quality and often display little difference from professional monitors, home speakers often have a shaped frequency response.

For example, it is common to for home speakers to emphasize the bass or perhaps the mid-range frequencies. Many consumers, though, find that when studio monitors are used in a home environment, the resulting audio is flat and boring.

In the 1920s and 1930s — the early years of the recording industry — studio monitors were used primarily to check for noise interference and obvious technical problems rather than for making artistic evaluations of the performance and recording. As a result, these early systems were usually horn-loaded monitors in basic loudspeaker cabinets.

Early high-end monitor design grew out of the demands of the motion picture industry and most of the loudspeaker pioneers worked in Los Angeles where they attempted to solve the problems of cinema sound. 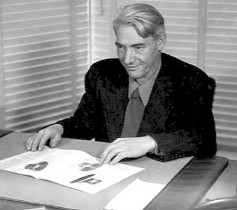 The first pro studio monitor was the Altec Lansing Duplex 604, developed in 1944. The driver for this speaker grew out of the work of James Bullough Lansing, who had previously supplied the drivers for the Shearer Horn in 1936. That speaker had rapidly become the industry standard in motion picture sound reproduction. 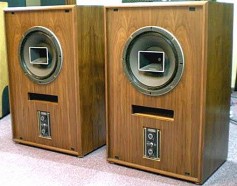 The 604 was a relatively compact coaxial design that became the industry standard in the United States for the next 25 years. It remained in continuous production until 1998.

Even though the Altec 604 had a notoriously ragged frequency response, almost all U.S studios continued to use it because virtually every producer and engineer knew its sound intimately and were practiced at listening through its sonic limitations.

But that dominance was coming to an end. In 1959, Capitol Records replaced their Altecs with JBL D50 monitors. Their UK affiliate, EMI, soon did the same. Over the next decade, most of the developments in studio monitor design originated from JBL. 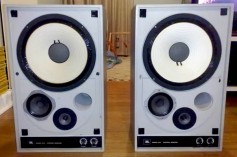 In the late 1960s, JBL introduced the compact 4310, a speaker that revolutionized the industry by introducing the idea of close or "nearfield" monitoring. By sitting three to five feet from the speakers, the user hears a predominantly direct, rather than reflected, sound field. In theory, the effects of poor room acoustics are greatly reduced with near-field monitors.

The JBL 4310 was small enough to be placed on the recording console and listened to from much closer distances than the traditional large wall-mounted main monitors of the era. Smaller studios found the 4310 ideal and that monitor and its successor, the 4311, became studio fixtures throughout the 1970s. 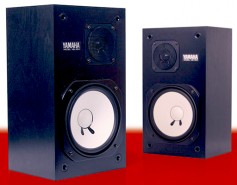 Smaller, less expensive, recording studios needed ab even smaller, less expensive solution. The Yamaha NS10, a design introduced in 1978 for the home audio market, became the monitor of choice for many studios in the 1980s. While its sound-quality has often been derided, the NS10 continues in use to this day and more successful recordings have been produced using it than with any other monitor.

By 2000, passive speakers were challenged with the popularity of powered amplifiers built within speakers. By combining the components, the interface between speaker and amplifier could be optimized, offering greater control and precision. Advances in amplifier design also reduced the size and weight of the electronics significantly.

In choosing powered monitors, many users are unaware that music peaks (transients like snare hits or kick drums) can demand as much as ten times more power as average music program material. So for a given volume level that might demand an average of 20 watts, the program peaks could require as much as 200 watts.

More wattage will produce additional definition and dynamic range, not just overall volume. Also, how the input signal is divided up to power the drivers in a studio monitor determines whether it’s a single-amp, bi-amp or tri-amp configuration.

By powering each speaker individually, instead of all from a single amp, each driver is able to reproduce its dedicated frequency range more precisely.

One differentiator in speaker construction is the kind of materials used. Materials can range from paper to Kevlar to aluminum alloys and beyond. Manufacturers are constantly innovating in the use of materials. Different materials produce different sound properties.

Some professional monitors also have a ported cabinet that helps extend the frequency response for more bass. While this can be beneficial, the sonic accuracy of ported cabinets may not be as precise as closed cabinets. This behavior is exaggerated if the ports are on the back of the speakers and they are then placed too close to a wall. 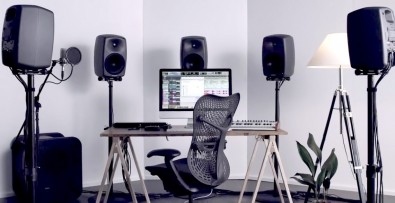 Many studio monitor features have some type of EQ built into them to help better match the monitor to the room. Some manufacturers, like Genelec, use advanced software and digital processing that can optimize the monitors’ performance for each acoustic space. Genelec’s Smart Active Monitoring (SAM) technology creates a computer-controlled network of monitors and subwoofers. The Loudspeaker Manager (GLM) 2.0 software allows users to configure multiple types of monitoring systems ranging from traditional stereo to various 3D immersive audio applications or even experimental and research sound systems. 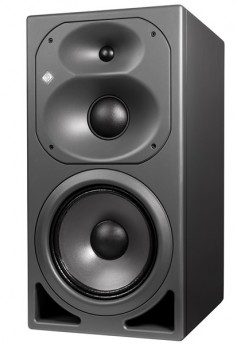 One thing to remember about all professional studio monitors. It’s impossible to predict in advance how they will sound in a given space. The goal is not sounding good, but sounding as accurate and precise as possible. Some acoustic treatment might be needed to prepare a space for speakers. The size of the space and the size of the speakers are also important considerations. There is no precise text book method to purchasing speakers.

In a time when studios are appearing anywhere — including homes, offices and non-audio-specific spaces — it takes a trained ear to determine how to make the room sound its best. For the best audio quality, users should begin by purchasing professional monitors from trusted vendors, such as Genelec, Neumann, JBL, ADAM and M&K. These companies can assist their customers in installing a monitoring system that works best in the space chosen.