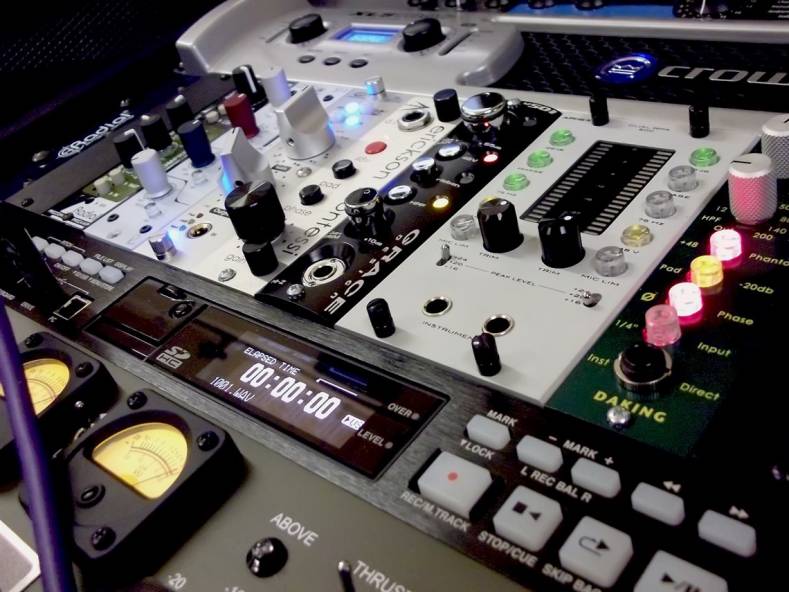 Never underestimate the importance of a quality microphone pre-amplifier.

The microphone preamplifier in a recording chain has a very basic function — to boost a low-level audio signal to the point where it can comfortably be processed by other equipment in the audio chain. But how the preamp accomplishes this and the range of choices available to the user can be mind boggling. How do you choose which preamp is best for your application?

There is no simple, textbook rule of thumb on how to choose a microphone preamp. Preamps range from basic chips imbedded in audio recorders costing only pennies to large custom-made outboard components costing thousands of dollars.

Others say the microphone preamp is one of the most important pieces of equipment in the chain and its quality is additive in the mix of tracks. They argue that the equality of frequency gain is the end goal of a good mic preamp. Recordists don't want low frequencies gained differently than mids or highs. This, it is said, is what seperates bad, mediocre, good and great quality mic preamps. 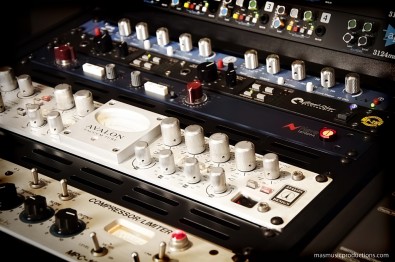 High-end preamps can offer greater head room, where low-cost preamps have a much narrower sweet spot. If you find the sweet spot on a cheap preamp, the difference between that and its more expensive cousin can be very subtle.

It should be emphasized there is no way to scientifically quantify the difference between preamps costing $50 per channel and $700 per channel. It’s a matter of personal taste. It’s also important to remember that no equipment — no matter its cost— will substitute for a lack of recording skills, a poor performance or a lack of talent.

Microphone preamps are one part of the audio chain. They must be able to interconnect with other components and play well together. Start with the connectivity of the preamp you are considering. It will have at least one XLR mic and often a ¼-inch TRS output. Other models have more extensive outputs for chaining devices together and some have built-in A/D converters for feeding digital equipment. Know what you want and need to integrate the preamp into your workflow.

A major decision in sound quality is tube versus solid state preamps. In general, tubes provide a lush, full sound while solid-state circuitry provides clarity and a transient bite. Some models are hybrid, such as the Universal Audio 710 Twin-Finity ($799.00). These units have both tubes and solid-state circuits and allow the user to blend or select either of them. Hybrid components provide great flexibility in recording options.

Then there is form factor. Preamps come in a wide range of sizes and shapes, ranging from the 19-inch rack mount, desktop and 500 Series modules. It is best to select gear that fits your facility’s design. There is also the issue to consider of single, dual or multichannel preamps. Often one pays less per channel for multichannel units, so it pays to estimate how many channels you may use at once.

A popular option is the channel strip. In this case, the vendor places several different components on a single chassis — emulating a single channel strip from an audio console. Usually channel strips start with a mic preamp, add a compressor and perhaps EQ, de-esser or an exciter. These strips are an excellent choice for professional voice recording and broadcast studios, where the essential components are incorporated into a single unit. They simplify signal flow and eliminate having to manage multiple components.

Another consideration is stereo recording. Some dual channel mic preamps feature a stereo mode that allows users to adjust the gain equally across both channels with a single knob. This makes it simpler to record a balanced stereo signal from two microphones. Some preamps have a built-in M/S matrix to aid in recording with the mid-side stereo technique. If your application involves recording stereo, check for dual-channel preamps with channel-linking capabilities.

There are, of course, other features that can help specific users. Low-cut filters reduce rumble in vocal tracks. Some mic pres offer the option of switching a transformer in and out of the signal path. Adding a transformer can add a vintage character to the audio. Some users prefer transformers, while others don’t. Know the difference in the sound of each and make your choice.

It is important to think about what you want to accomplish before buying a microphone preamp. Do you want just mic gain or do you want to shape the sound going through the device? What are the other components in your workflow and how does the mic preamp fit? It is best to ask these questions before making a purchase.

If you are feeding a computer with your audio, it is important to remember that many manufacturers are late updating their interface applications for their preamp gear when a new operating system is released. If you don’t mind waiting, fine. But it you want to immediately do the latest updates on your computer, it would be wise to choose a preamp that is not software dependant.

If you ask audio professionals advice about what mic preamp to buy, you will probably get a different answer from each. Certain manufacturers have stood the test of time, making classic gear. These include Rupert Neve Designs, Focusrite, Universal Audio, API, Grace Design, Avalon, D.W. Fearn, Daking Audio, Manley Labs, Millennia Audio, Solid State Logic, Summit Audio, True Systems and AEA. Many other vendors make mic preamps in a wide range of prices and feature sets.

While how much money you spend doesn’t always dictate quality in a mic preamp, it usually means the preamps’ circuitry is based on a classic, proven design and the components and constructions used are top quality. The old saying you get what you pay for definitely applies to microphone preamps.