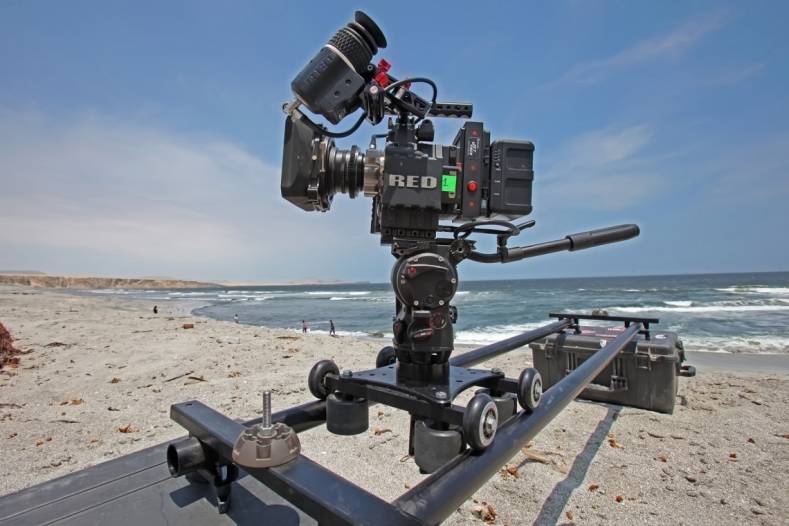 Video-capable DSLR and mirrorless cameras are notorious for poor audio quality and flimsy connectivity. Since these cameras appeared on the market less than a decade ago, thousands of man hours have gone into creating workarounds for professional audio. Now, those problems have been solved.

Though some camera manufacturers are now responding by offering accessory XLR connectors for their cameras, most add a simple 3.5mm outboard microphone connector and headphone jack on their high-end cameras. The rest is up to the user. Some models have only a mic jack and no headphone jack at all, while others have no more than a built-in microphone. It is important for serious videographers to determine their audio needs before choosing and purchasing this type of camera.

For cameras with 3.5mm audio connectors, two companies make excellent solutions that use the camera’s audio system. Beachtek and juiceLlink build specialized audio adapters designed to connect pro audio gear that syncs with the video recorded by these cameras. All have low-noise, high-gain and high-quality audio, and some models provide mounts for wireless receivers, self-powered microphones and condenser microphones requiring phantom power.

Beachtek’s DXA-SLR ULTRA ($299.00) is a two-channel, active XLR audio adapter designed for this purpose. It has Neutrik combo XLR/1/4-inch jacks, which are compatible with a range of outboard gear from microphones to audio mixers. Its inputs are transformer-balanced for isolation, it offers enhanced circuit protection and built-in VU meters allow users to check levels when using the level control knobs.

The unit has limiters that prevent distortion from high-level transients and a headphone jack allows for audio monitoring from the adapter during recording or the camera during playback.

juicedLink’s Riggy-Micro RM333 ($399.00) is another compact, light-weight, low-noise preamp that allows users to reduce the audio "hiss" from the camera. It has three XLR inputs, phantom power and is designed to interface to the mic inputs on cameras or recorders. It incorporates features such as audio bracketing for camera overload protection, selective “power-down” to extend battery life and provides room for camera accessories.

If the camera does not have a mic or headphone connector, users will have to record double-system sound. This means recording the audio on a separate audio recorder and syncing the sound to the video in post-production. This can be done internally with a number of editing systems or by using a separate application such as Red Giant’s Pluraleyes 4.1 ($284.05). Software like PluralEyes analyzes the audio from the cameras and audio devices and syncs them up in seconds. It’s all automatic with no clapboards or timecode needed. 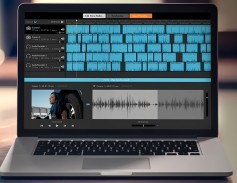 When using a separate audio recorder, many options are available. Zoom makes a range of recorders, from four to eight tracks. The recorders can mount under the camera or be carried separately. Each also has an input to feed audio to cameras with mic inputs. Zoom's H5 ($269.99), a four track recorder, is ideal for small operators, while Zoom’s F8 ($999.99) is a larger eight track recording device for major scale productions. 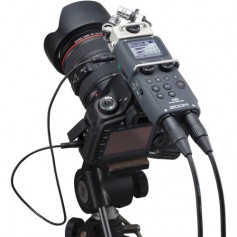 There are literally hundreds of options for recording sound to video cameras at all costs and quality levels. Pocket-sized recorders from juicedLink and Tascam allow personal recording of individual participants in a production, while other systems allow iPhone recordings to be synced with video sound. The choices are literally endless.

In the end, what matters is to have clean, compelling audio. Accepting in-camera audio “as-is” is normally a poor option and will drive away viewers quickly, even if the video is of higher quality. Audio matters, often more than video. To find the right audio options for any video production may be a challenge, but it is as important as any other production element.