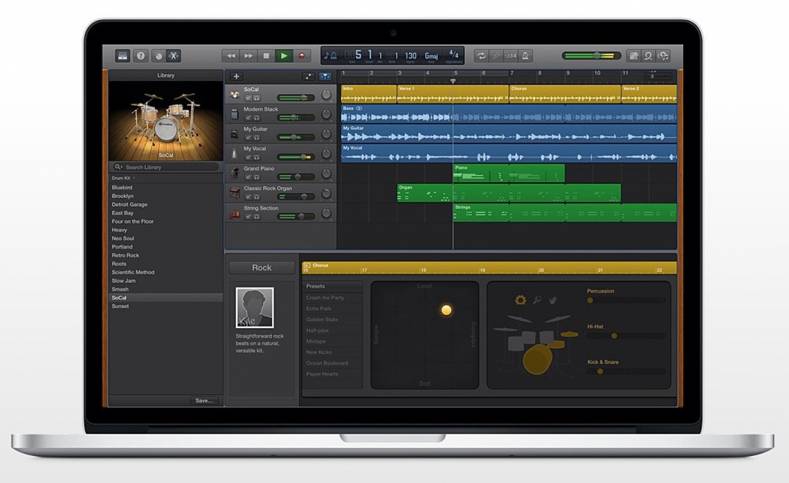 One need not pay hundreds of dollars for computerized audio fix tools. The Apple Garageband is free and works on a Mac.

Most audio professionals over 50 years old have lived through an era of extraordinary change. They began their careers using precision hardware-based sonic tools designed to capture and process sound in large studios with real musical instruments. Now, they can work almost anywhere on a portable computer with low-cost workstations and software plug-ins that can emulate the greatest audio technology ever invented.

As computers have gotten more powerful and software has dropped dramatically in price, so has the capability and usability of the audio tools themselves. Today, high quality audio can be produced for free on devices as simple as an iPad.

A case in point is a product called NoNoise from Sonic Solutions from the mid-1980s. Today, NoNoise is still made as a plug-in for Avid’s Pro-Tools and can be bought or rented for a fraction of the original price. But in the 1980s, it cost $100 an hour for a skilled technician to use NoNoise to clean up crackles, hum and hiss on dicey recordings — such as old radio programming from the 1930s.

Today, the same thing can be done by non-trained amateurs using an application called SoundSoap 3, which costs only $149. SoundSoap 3 is a professional quality noise reduction application for anyone working with interviews, video projects, iPhone/iPad videos, screencasts, podcasts or for transferring LP records or cassettes.

Both programs, along with other competitors, can remove clicks and crackles, unwanted hiss, room noise, rumble, electrical hum and other background noise from recordings — including digital video, analog cassette/tape recordings and vinyl LP recordings. The difference today is much lower cost and dramatic ease of use.

Whether broadcast engineers, editors working in post-production or musicians working in project studios, audio production software has undergone groundbreaking change. Entry level tools are now better than what cost hundreds of thousands of dollars only a few years ago.

“In recent years you’d have to spend thousands of dollars on hardware to achieve a particular goal. But with the availability of powerful audio processors, things have changed,” said Evan Allen, product special at iZotope, a maker of audio plug-ins. “Distribution has become very easy. Software is downloadable and you can test it with free trials. You can run plug-ins in whatever application you want to use without altering your workflow.”

Full blown digital audio workstations begin at zero cost — the free Audacity and Garageband for Apple’s Macintosh computers are good examples. Other basic workstations start at well under $100. Extensive plug-ins for even the free software can allow it to be customized for astounding power and capability. 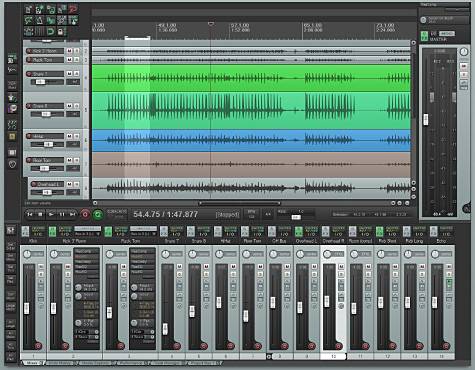 Another good inexpensive solution is Cockos Inc., the Reaper.

In deciding on which digital workstation software to use, it’s important to match the job with the software’s capabilities. For music, multiple audio recording tracks should be available simultaneously. Recording tools such as loop recording and write automation can also be important.

For specialty tasks, such as radio and television documentary recording, extensive feature sets are not as important. An application like ProTools allows virtually any project to be completed, but for radio production, for example, an application like Hindenburg Journalist or Broadcaster ($95 to $375) might be more appropriate. 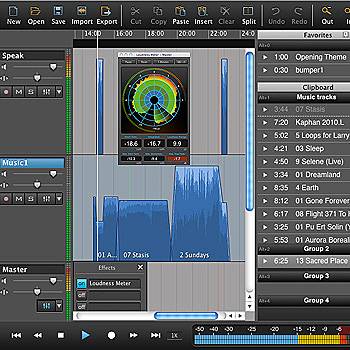 For audio only projects, a less expensive application like Hindenburg Journalist or Broadcaster, may be a more appropriate solution than one that may be complex and expensive.

With many workstation applications, the basic tools are included. A multi-band equalizer allows users to fine-tune the sound of recordings. Pitch correction and time stretching can be helpful tools to fix audio blemishes without having to re-record anything. Insert and send effects allow options to achieve the right tone and texture.

A built-in mastering suite helps bring a polish to the final audio. Mastering takes the finished mix and moves it up to the next level, boosting weak sounding audio so that it’s optimized for broadcasting. The mastering process consists of running the audio through a series of compressors, equalizers and limiters to add thickness, punch and consistency.

Plug-ins can add an endless range of new features. For example, microphone plug-ins can emulate the sound of a variety of rare vintage and exotic modern microphones with a simple turn of the dial. For guitars, there are plug-ins that can provide the sonic character of diverse sounding amplifiers such as Fender, Mesa Boogie, Marshall and others. Vintage tube processing hardware from earlier eras can be easily switched into a mix to “warm” the digital sound.

Different software brands use proprietary plug-in architectures. Apple, for example, uses Audio Units; Microsoft uses DirectX; while Avid uses several architectures. Most major plug-in manufacturers support all the architectures, although it is best to make sure the software you purchase is compatible with the architecture that you are using.

In its basic form, RX offers Clip Gain, which allows users adjust and balance the volume of vocals and instruments in a non-destructive editing mode; Dialogue Denoiser, which reduces distracting background noise from dialogue and vocals in real time; and RX Connect, which streamlines round-trip workflows. RX is compatible with workstation applications ranging from high-end Pro Tools and Logic to low-end Garageband and Audacity.

“RX is our most popular product,” said iZotope’s Evan Allen. “It’s one of the only products available for repairing audio and it offers a great chance to educate our customers about audio problems. We have tried very hard to become an educator as well as a company making products. We empower users to do a better job.” 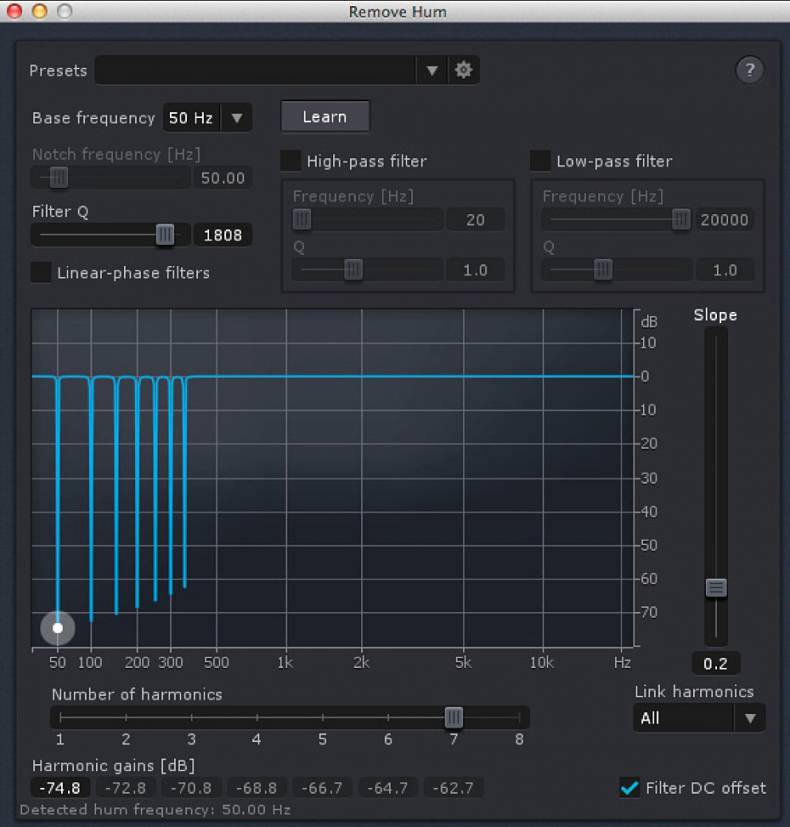 The iZotope RX4 is versatile and can be updated with new software options. Shown here is a 50Hz hum fundamental and its seven harmonics.