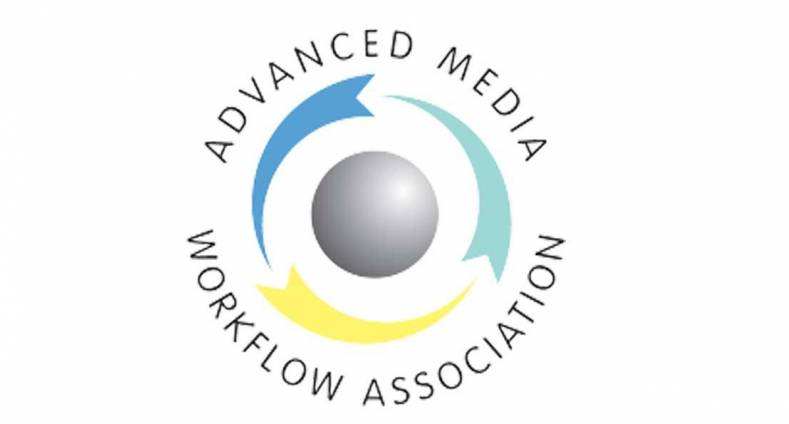 The Advanced Media Workflow Association (AMWA) has made several alterations to its AS-11, MXF for Contribution Media File Format.

The AMWA said these include the addition of a UHD version for the UK DPP, three new International versions and migration of the specifications to a new rules-based format.

AS-11 DPP is a subset of the AMWA Application Specification AS-11 written to satisfy the needs of UK broadcasters for the delivery of finished programs.

The Digital Production Partnership (DPP) — made up of the BBC, Channel Four and ITV, and with the support of Sky and BT Sport — developed the DPP subset of AS-11 to constrain the media format and to extra metadata required for their workflows.

Using the AS-11 DPP specification as the basis, a practical plan was developed that would support a successful change to file based delivery of content to broadcasters in the United Kingdom.

The plan is now well established for the delivery of finished programs to media companies within the UK, simplifying the process of creating and moving program material between post houses and broadcaster’s playout facilities.

But the future move to UHD has led to a new set of requirements from the Digital Production Partnership and the publication of a new specification for the delivery of UHD programs.   The benefits of AS-11 are being recognized around the world and, as a result, three new specifications for the delivery of finished programs have been created for use in the Nordic countries, Australia and New Zealand to meet their business needs. 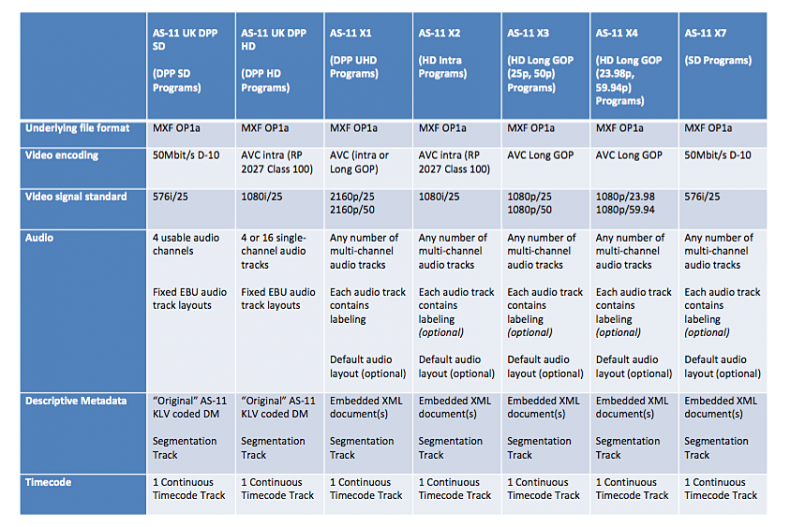 AS-11: Comparison of Key Properties

These specifications have also been developed and published in the new rules based format, unlike previous AMWA specifications which have been text based. While being easily human-readable, text based specifications do not support automated processes or allow quick and efficient adaptation for new users in the future.

These new specifications are machine readable, based on building blocks or rules for each of the video, audio (etc.) elements, which are combined into the final specification.

This new approach has proven especially valuable as AS-11 has been extended to accommodate the needs of new international users. Future versions will be added as business needs arise.

A new approach has also been adopted for the publication of AS-11 specifications. They are now being published on GitHub as "code" and move through different "maturity levels" from "Work In Progress," to "Proposed Specification" to "Specification."

These new specifications are currently published as “Work in Progress” to enable the incorporation of any changes or clarifications raised by members.   Further information on the AS-11 project is available at http://www.amwa.tv/projects/AS-11.shtml