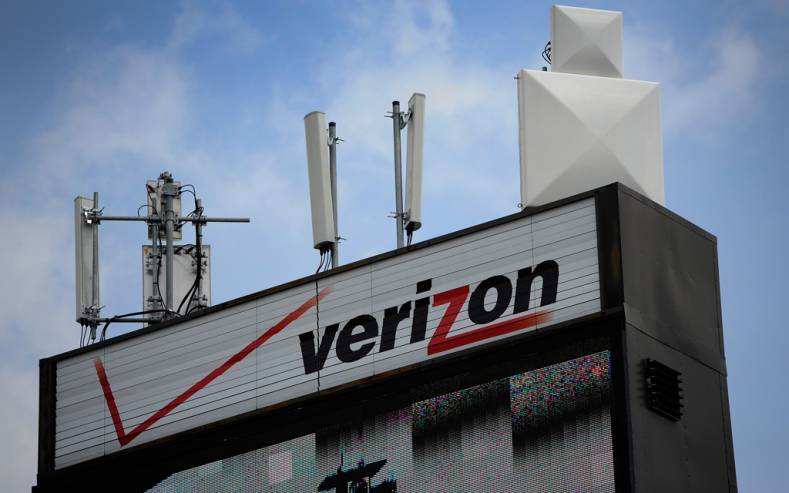 LTE Broadcast is the mobile industry’s latest attempt to develop a viable technology for multicast transmission over cellular backhaul infrastructures and on through the Radio Access Network (RAN), after a litany of previous failures such as DVB-H (Digital Video Broadcasting- Handheld) and in the US Qualcomm’s MediaFlo.

LTE Broadcast has kicked into life recently with a flurry of trials and early deployment announcements from Telcos and mobile operators after a quiet few months following Verizon’s famous demonstration at the NFL Super Bowl in February. LTE Broadcast is the mobile industry’s latest attempt to develop a viable technology for multicast transmission over cellular backhaul infrastructures and on through the Radio Access Network (RAN), after a litany of previous failures such as DVB-H (Digital Video Broadcasting- Handheld) and in the US Qualcomm’s MediaFlo. LTE Broadcast looks likely to succeed where these failed party because tablets and larger smartphones are making mobile video viewing far more compelling and partly because the latest 4G/LTE cellular transmission technology is capable of delivering at higher resolutions. LTE Broadcast itself of course only works over 4G/LTE and as such has a built in advantage over earlier technologies, but also avoids some of the mistakes, such as the need for an additional infrastructure upgrade.

LTE Broadcast does require devices capable of receiving the service but these are coming along and will achieve critical mass over the next two years. This factor in turn will dictate timing for many of the deployments. Verizon for example has indicated that despite the success of its Super Bowl demonstration during which 7000 people were able to view live content around the event in a booth, launch of an LTE service will wait until it has established a sufficient population of devices capable of receiving the service, anticipated around mid-2015. Yet Verizon has indicated its network will be fully ready to deliver a commercial LTE Broadcast service by the end of the third quarter of this year.

Meanwhile Korea Telecom already has a commercial LTE Broadcast service, having become the first Telco to launch one in January 2014 in partnership with Samsung. This though has been confined to subscribers with Samsung’s Galaxy Note 3 tablets, who still have to download a software update to access the video service.

LTE Broadcast is based on the eMBMS (Evolved Multimedia Broadcast Multicast Service) point-to-multipoint interface specification developed for delivery of any content received by multiple viewers at the same time, including files and emergency alerts as well as broadcast video. The motive in all cases was to avoid consuming large amounts of bandwidth through transmission of the same data over multiple unicast sessions, which is particularly expensive in the case of HD video.

Deployment requires upgrading the MME (Mobility Management Entity) in the base station to enable broadcast over the RAN and also installing the BM-SC (Broadcast Multicast Service Center) for session and transmission control along with security and content synchronization. Furthermore the eMBMS Gateway is needed to as well to enable IP multicast distribution across the operator’s core and backhaul network. LTE Broadcast is multicast out as far as the RAN, allowing operators to select which cells receive the streamed video content. Verizon Wireless has selected both Alcatel-Lucent and Ericsson as co-suppliers of this LTE Broadcast platform, whose support for the technology along with chip maker Qualcomm has been a major factor in its gaining momentum this year.

Live events, such Super Bowl do constitute an obvious use case for LTE Broadcast, for delivery of action replays and associated information likely to be accessed by large numbers of users simultaneously. In such cases there would just not be enough spectrum to deliver the streams unicast in the RAN and for the same reason Wi-Fi would not work either as traditionally configured, although there will be the option of Wi-Fi broadcast as well in future.

But while a lot of the initial interest in LTE Broadcast has been for multicasting to single cells for live events, the technology is also a contender for large scale TV and radio transmission, given that it supports single frequency network (SFN) operation. For this reason the EBU has conducted head to head comparisons between LTE Broadcast and the second generation digital terrestrial technology DVB-T2, results of which were announced early 2014. In collaboration with Germany’s public broadcasting research unit IRT (Institut für Rundfunktechnik), the EBU produced two separate but related reports, one on spectral efficiency and the other on costs (both Opex and Capex). The analysis homed in on the main reception scenarios, fixed outdoor aerial, in-car, portable outdoor, near indoor reception (e.g. in a room with outdoor window), and deep indoor reception. The other variable was the ISD (Inter Site Distance), the gap between neighboring base stations, which ranged from 1 km to 10 km in the analysis.

The main conclusion from this first study was that LTE Broadcast would only be capable of delivering robust linear services when deployed in the sort of dense networks confined largely to urban areas. A similarly negative verdict was delivered for cost. The EBU research found that for very dense configurations LTE Broadcast would cost 25 to 30 times more to deploy than existing broadcast networks, although this comes down to 7 to 8 times for less dense configurations that would still deliver adequate spectral efficiency. The cost ratio comes down further if deep indoor coverage is required, where LTE Broadcast scores more highly.

If this analysis was meant to put Telcos off deploying LTE Broadcast it looks like it has fallen on deaf ears, even among EBU members. The BBC for example conducted a trial in conjunction with mobile operator EE during the recent Commonwealth Games, whose participants come almost entirely from countries of the former British Empire, in Glasgow during July, using equipment from Huawei and Qualcomm. The BBC stated that this was in response to growing demands from its viewers for access to online streams during such events from mobile devices, which was causing congestion at peak times when large numbers of users were accessing the content in unicast. This had caused unacceptable levels of buffering and freezing during similar events and the BBC said it was interested in making use of LTE Broadcast services in future to improve quality. EE for its part stated it would conduct more wide ranging trials later in the year not confined to specific events.

Perhaps the most interesting and significant development so far though has come in Germany, where during July 2014 Nokia Networks conducted a field trial of wide-area TV broadcasting using a single LTE frequency within UHF spectrum in the Munich area. This used part of the 700 MHz band to broadcast over an area of about 200 square km, roughly 14 km x 14 km, involving several partners including again IRT, along with Bavarian broadcaster Bayerischer Rundfunk. This suggested IRT had not been deterred either by the EBU study to which it contributed.

While other LTE Broadcast trials have focused on delivering content to individual locations such as stadia and concert halls, usually involving just a single RAN cell for a limited time, Nokia is promoting the technology for wider national broadcast services through use of a SFN. In this respect it sees LTE Broadcast complementing or even competing with DVB-T2, which is precisely why the EBU conducted its study.

While the EBU study was sound in its methodology it was flawed in that to some extent it was comparing apples with oranges. National broadcasting of the kind envisaged by Nokia is only one use case for LTE Broadcast and DVB-T is not a contender for multicasting to events such as Super Bowl. To its credit though the EBU did acknowledge that its study did not take account of the fact that LTE Broadcast would be deployed alongside unicast. In practice a cellular operator will deploy LTE Broadcast for a combination of these single events and delivery of highly popular content over its whole coverage area as part of a mobile OTT service. The majority of less popular “longer tail” conventional video content will continue to be delivered more effectively unicast, certainly at the RAN level, since there will rarely be more than one or two people viewing at a given time in a single cell.

It is also worth considering the potential for revenue generation through location based advertising and information services not just at sporting events or concerts but also venues where people congregate continually in large numbers, such as airports, shopping malls and college campuses. This could prove a lucrative market for LTE Broadcast as well, since it involves simultaneous multicast transmission of the same content.