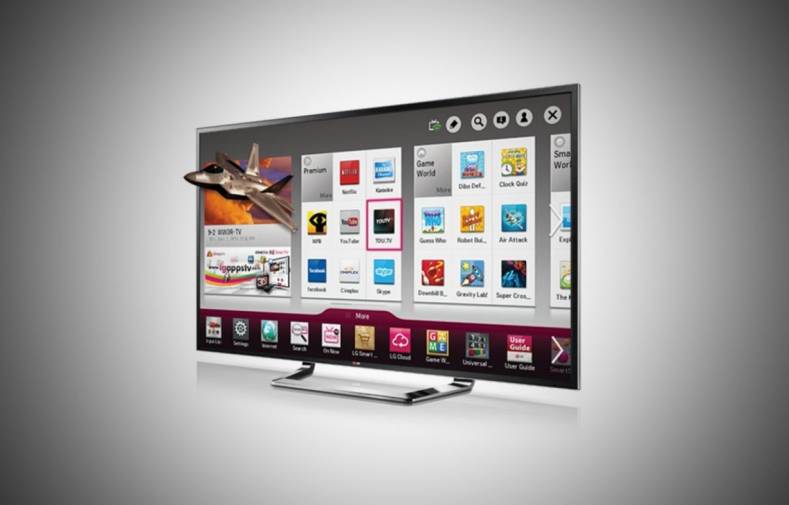 Look for even more UHD, streaming and “Smart” features from the TV model introductions at January’s CES show. Above: LG Ultra HDTV 4K.

This holiday season will see a buying frenzy of UHD-4K televisions. But, where is the content for these high-rez screens?

When the first 4K televisions were brought to market expectations of future changes, beyond the fantastical 8K format, were modest: high-quality motion pictures would be the source of UHD programming; the anticipated 4K Blu-ray player might only need to support 24fps; streaming – the alternate source of movies – already perceived to require higher data-rates than most ISPs could deliver, could not be expected to support frame-rates higher than 30fps; cable/satellite operators were not expected to relinquish the bandwidth required by a UHD channel that few could watch because of the extraordinarily high-cost of a 4K TV; and advertisers needed OTA to deliver to a large audience.

The decision by CBS to exclusively stream Star Trek may indicate that OTA may not be the only way to reach a huge audience. Sports, at 2160p50 are already being distributed by BT (British Telecom) via streaming and by Sky, via satellite, to India.

Our updated expectations force a revision of what specifications are required for a UHD television. With Ultra-HD Blu-ray supporting up to 60fps, a UHD television must have at least one HDMI 2.0 port that supports HDCP 2.2. 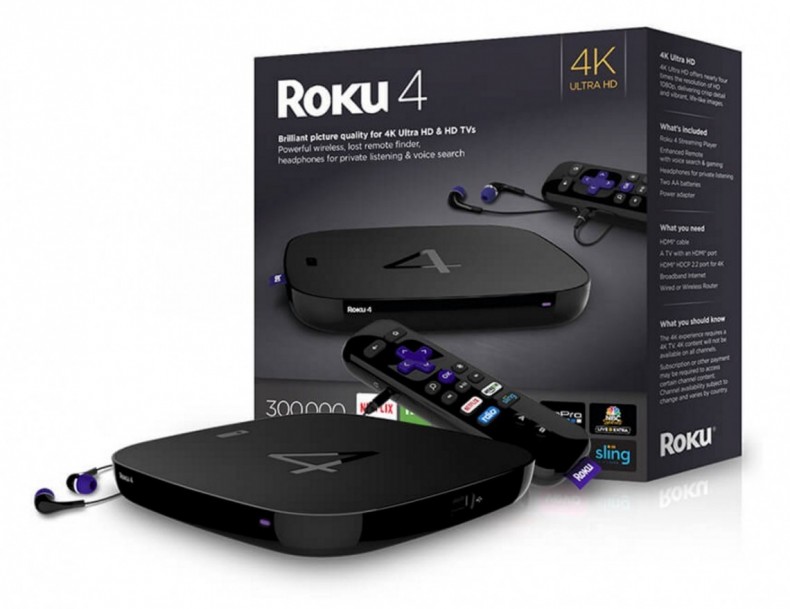 UHD televisions have been designed to support Ultra-HD Blu-ray players manufactured by the companies selling 4K TVs. Not unexpectedly, they have only a single HDMI 2.0 port with HDCP 2.2. If, however, you anticipate enjoying multiple HDMI 2.0 devices, for example, a streaming box plus an Ultra-HD Blu-ray player, a single HDMI 2.0/HDCP 2.2 port will not be sufficient. Hopefully, this situation will end with the introduction of 2016 televisions at CES.

Ultra-HD Blu-ray players support several flavors of HDR. Most HDR systems require additional metadata. These data enhance video so when it is displayed it will have increased dynamic range. To pass metadata, an 18Gbps HDMI chip is required – an HDMI 2.0a port. The HDMI 2.0 chip in some, but likely not all, UHD televisions can be upgraded through a firmware download.

Most UHD televisions already have a suite of 4K streaming apps. Why would anyone buy a 4K streaming device? One reason – some UHD televisions, such as Vizio's M series, do not support Google’s VP9 codec so one can’t view YouTube 4K videos. The Roku 4 includes a VP9 codec and also has several new features – one of which was a surprise to me.

When streaming a small selection of movies from VUDU, the Roku supports Dolby Atmos audio. The Roku 4 also supports Dolby Vision because it does not require an HDMI 2.0a port. You can connect it to your $5999 Vizo Reference 65-inch monitor. 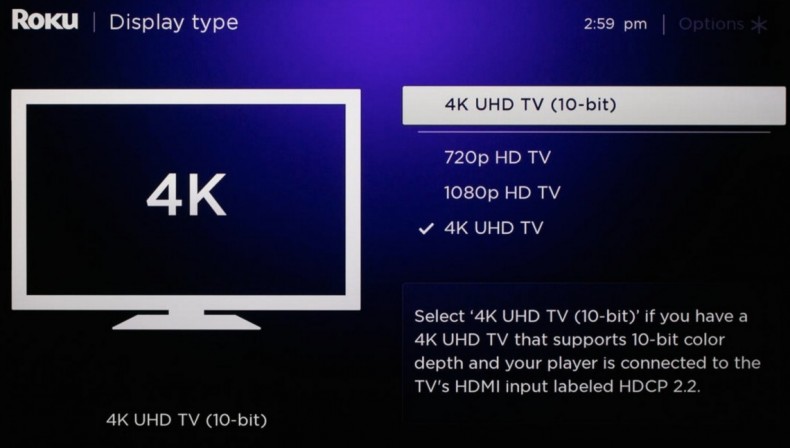 To support H.265 10-bit video, a device must support the “MAIN 10” Profile, while 8-bit devices need only support the H.265 “MAIN” Profile. While acknowledging Roku’s MAIN 10 support, it’s important to realize that unless every link in the production, distribution, and display chain support 10-bit video, you’ll not see its advantages.

When UHD-2 televisions, both 4K and 8K arrive, they will support 10-bit with a REC.2020 colour space. Because both 8-bit and 10-bit video are compatible with REC.709, it’s likely a generation of UHD-1 televisions will be introduced whose internals and display panels are 10-bit capable. 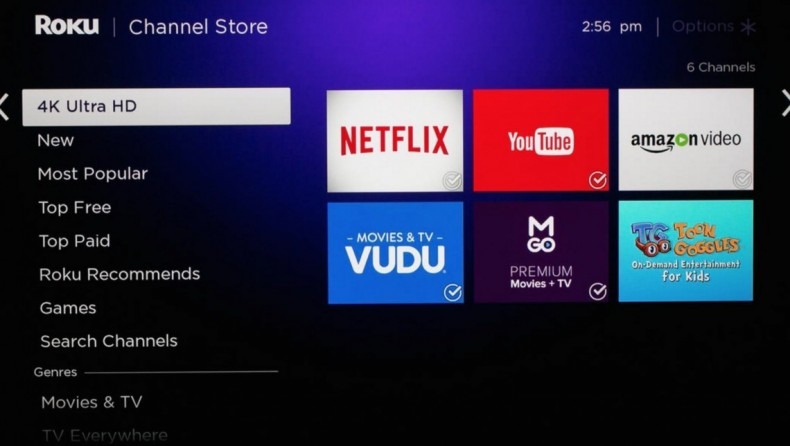 Connecting my MacBook Pro Retina to a UHD display, the display switched to 30Hz as expected. Both 30p and 60p can pass though a 30p pipe – although every other frame of 60p video will be dropped yielding video with half the temporal resolution. 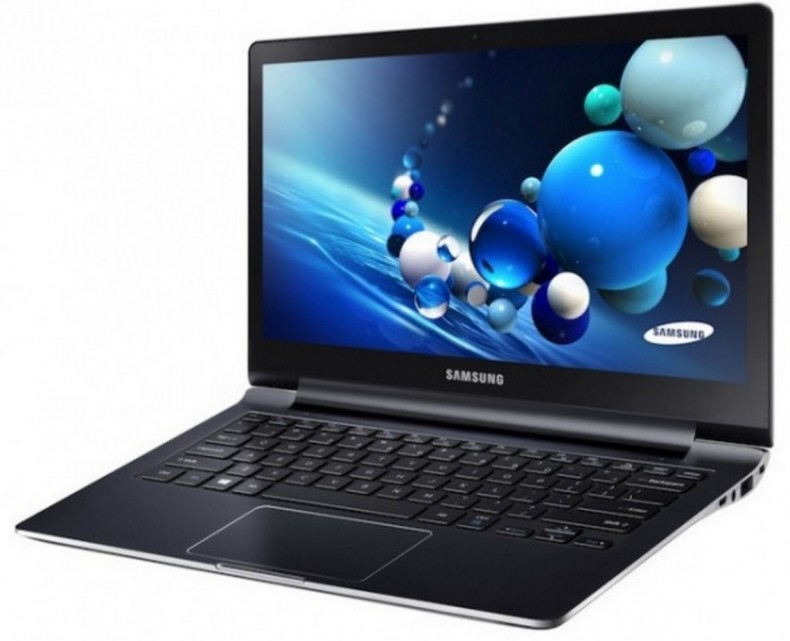 My question, how would an HDMI 1.4 connection treat 24p video? The display driver could output 24p video via HDMI, as do many DVD and BR players. A television’s design and your settings will determine how 24p will be displayed, e.g., will pulldown be added?

I played a 2160p23.98 YouTube movie (https://youtu.be/apJecSD2MJ0) on my MacBook Pro Retina at 3080x2400. As shown in Figure 5, I pre-checked the video using the Chrome browser to confirm its resolution and frame-rate. (Right-click on the video window and select “Stats for nerds.”)

Figure 5: Be sure to confirm a video’s resolution and frame-rate to ensure high-quality playback.

When the movie was played on the connected 3840x2160 display, the connection did not switch to 24p. On both displays, fast moving subjects showed the expected motion blur (Figure 7). 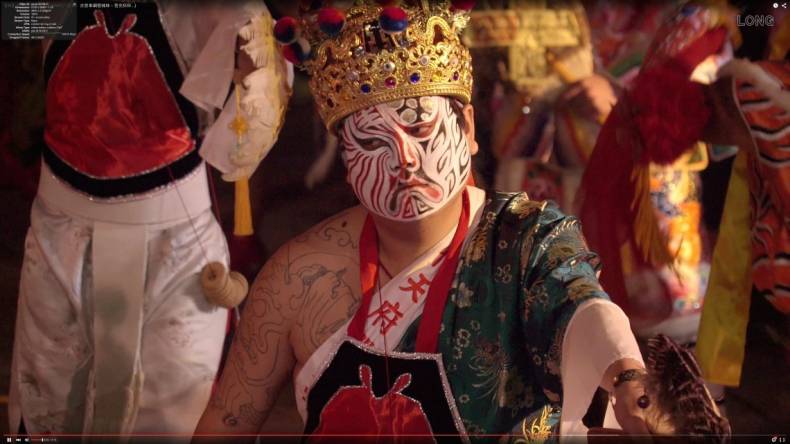 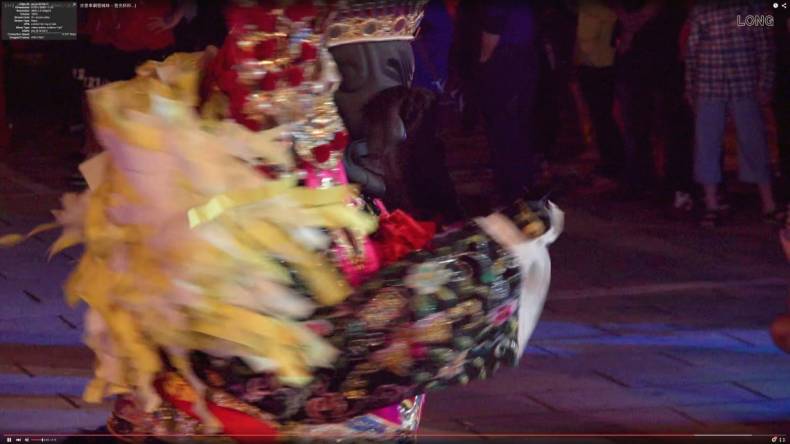 Connecting devices to a UHD display worked well. I was particularly happy that the displayed Desktop looked fine at 30Hz.

For the Roku 4, the open question is will, or how will, it support HDR? Roku has stated, “There is no industry standard yet for HDR, even from TV manufacturers, and certainly none for streaming.“ While true, this avoids the reality that if the Roku had an HDMI 2.0a port, each provider’s app could be written to send its metadata to the UHD television. Thus, the TV would be responsible for correctly handling metadata. No streaming standard would be necessary.