The Media Networking Alliance has issued a maintenance revision to AES67-2013, the AES standard for high-performance streaming audio-over-IP interoperability.

The MNA’s revision, called AES67-2015, clarifies some of the interoperability requirements, based on general implementation and “plugfest” experience of users.

The possibility to incorporate these revisions was identified during the AES “Plugfest” 1 testing, carried out in cooperation with the European Broadcast Union (EBU), in October of 2014. It was held at the Institut für Rundfunktechnik (IRT) in Munich, Germany.

During those tests ten companies tested 16 currently available networked-audio products with AES67-specific extensions against each other to confirm interoperability.

The tests were a success and proved the proposed functionality of AES67 to be both real and robust. 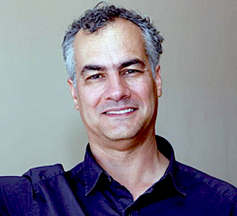 “The limited scope of these revisions is testimony to the robust and stable nature of AES67 as originally published and successfully implemented by numerous audio manufacturers,” said Kevin Gross, technical chairman of MNA. “As proven in the plugfest testing, AES67 functional compatibility performs as described and these revisions further complement that functionality.”

The MNA’s objectives are to promote the adoption and standardization of AES67 as an audio interoperability standard through marketing and education.