Sennheiser AVX wireless microphone system is focused on the needs of professionals.

Amid plenty of rumblings about the upcoming U.S. spectrum auction, wireless microphone users are worried about the future of their UHF wireless systems. They are increasingly looking to 2.4 GHz technology as a solution.

Over the past couple of years, most major wireless microphone manufacturers have introduced a new generation of lower-cost 2.4 GHz wireless systems designed to bypass UHF frequency constraints and operate unlicensed anywhere in the world.

Even critical wireless microphone users — locked into expensive UHF systems for now — are checking out the new technology.

Amid plenty of rumblings in the United States and beyond of an upcoming wireless microphone frequency crunch that could severely limit the use of valuable UHF wireless spectrum, 2.4 GHz technology is getting a new look by a wide range of users.

Is 2.4GHz the solution for wireless mics?
Why then are 2.4 GHz models — which sound excellent by most accounts — not the answer to all wireless microphone problems? In one word, the answer is interference.

While most professional digital wireless systems operate in the UHF band for high audio quality and good propagation, the newer 2.4 GHz band has emerged as a good sounding alternative for smaller applications that require fewer frequencies. It’s also a safer purchasing solution from government regulations that could easily disrupt UHF spectrum usage.

But the general problems surrounding all wireless mic usage are more complex than meets the eye and some manufacturers see the uncertain current situation as a new chance to re-educate many customers about the use of wireless microphones. 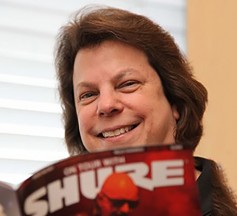 Davida Rochman, marketer at Shure noted that UHF band is subject to future rule changes any of which could affect wireless microphones and other devices.

“All wireless spectrum is shared by multiple users and multiple types of devices,” said Davida Rochman a marketer at Shure, a major wireless microphone manufacturer. “All types of RF transmission (analog, digital or spread spectrum) can suffer interference. The effect can be a reduction in range or fidelity even if the interfering signal does not fully break in.”In addition, Rochman noted, “The FCC has the right to alter how RF spectrum is deployed and these alterations can change the amount and location of bandwidth available for wireless mic operation.” 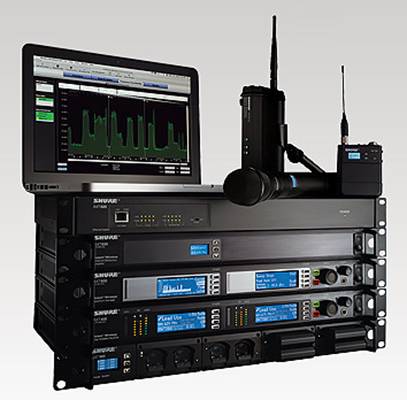 For this reason, companies like Shure, Audio-Technica, Sennheiser, AKG, Sony, Samson, Line 6 and Rode are all now making 2.4 GHz systems. Most also continue offering more traditional UHF technology, awaiting the outcome of spectrum auctions scheduled by the FCC over the next year. Some estimates are that up to 40 percent of UHF spectrum could be lost for wireless use. The problem is no one knows for sure.

“We don’t know now how much of the UHF spectrum we’re going to get booted out of,” said Mark Donovan, sales and engineering manager for professional products at Audio-Technica. “We are not interested in coming out with a shiny new (UHF) wireless system to sell to someone today and find out two years from now they have to get out of it. You are seeing us, Shure, Sennheiser and other companies moving to alternate frequency bands that are safer for customers.”

The new generation of 2.4 GHz wireless microphone systems operate in 83 MHz of spectrum between 2.400 GHz and 2.483 GHz. Most traditional UHF professional wireless microphones in use today operate at lower UHF frequencies between 470 MHz and 698 MHz. Audio-Technica’s System 10 operates in the 2.4 GHz range, offers up to eight channels, is a 24-bit digital high-fidelity wireless system designed to provide performing musicians and presenters.

On the plus side, the newer 2.4 GHz models are designed to be easy to operate for novices and are all digital, offering excellent sound quality. These wireless mics have advanced radio protocols that allow them to sniff out occupied frequencies and avoid them.

The semiconductors in 2.4 GHz mics avoid FM modulation and are less susceptible to the intermodulation artefacts that plague multi-channel UHF FM systems. Major manufacturers have tuned their modulation and circuitry in 2.4 systems to bring latency down to acceptable levels, as opposed to simply sending audio over Wi-Fi.

Microphones at 2.4 GHz can be used in the same frequency range in nearly every country in the world, though the rules for wireless mics vary from country to country. But, mostly, 2.4 GHz mics give users a free pass from all the global regulatory confusion.

These 2.4 GHz mics are also lower in cost. Smaller wavelengths means smaller antennas and electronic components. “Our System 10 uses plastic casing, doesn’t have digital audio outputs, doesn’t have fancy network connections for monitoring and the other bells and whistles that will typically drive the cost of a system up,” said Donovan. “All of those things are stripped out of this system.”

There are, however, downsides to 2.4 GHz systems. One is they are channel limited. Such mics aren’t able to offer as many channels because 2.4 GHz chips operate on less spectrum, 83 MHz, compared with available manufacturer specific blocks/bands adding up to 230 MHz in UHF. And because 2.4 GHz is so crowded with Bluetooth and Wi-Fi devices, the user rarely gets all of the spectrum for any given job.

Using the same transmission power under the same conditions, UHF microphones provide greater range than 2.4 GHz microphones. “For a Broadway show, for example, I wouldn’t recommend using a 2.4 GHz system. Our systems are limited to 10 channels, which puts you in a tough position in a big show,” said Donovan. “Also there’s no way to get around that a 2.4 GHz signal will get attenuated more by objects and free space than the lower frequencies. That’s just plain physics. There is no way to get around that. On a Broadway stage, the potential for drop out is pretty high.”

However, for musicians working in venues smaller than stadiums, videographers on live production shoots, presenters and public speakers and venues needing to free up UHF spectrum, the 2.4 GHz systems are excellent choices, said Donovan.

Manufacturers add different feature sets to their 2.4 GHz systems to make them attractive for specific types of users. Rode and Line 6 can achieve a range beyond 100 feet and up to 300 feet, depending on other Bluetooth or Wi-Fi usage. Some 2.4 GHz microphones have more powerful transmitters to compensate for the loss. The maximum output of 100 mW is twice the maximum for unlicensed UHF. 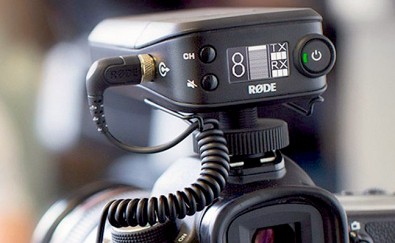 The RodeLink Filmmaker Kit is a wireless system that features a transmitter, receiver, and an included lavalier microphone. The system utilizes a Series II 2.4 GHz 128-bit encrypted digital transmission signal that constantly monitors and hops between frequencies to select the strongest signal.

Users can also use a directional antenna to significantly improve range, but the transmission cable loss is much greater at 2.4 GHz than UHF, so long cable runs are difficult.

Because all professional grade 2.4 GHz mics are digital, latency is a bit higher than UHF. But the delays aren’t all that bad on digital microphones, and don’t really stand too far behind UHF microphones. Line 6, for example, has latency that nearly equals UHF mics. 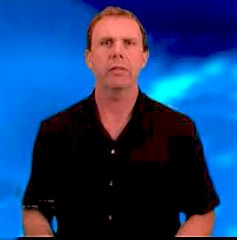 Line 6, based in Calabasas, California, owned by Yamaha Electronics, targets musicians with its products. The company manufactures both traditional multi-channel vocal systems and single channel wireless systems for guitar players.

Coker chose 2.4 GHz for ease of use by non-technical musicians anywhere in the world. Professional guitarists use Line 6 wireless guitar systems, one of the industry’s most popular brands, in the largest professional venues around the world. 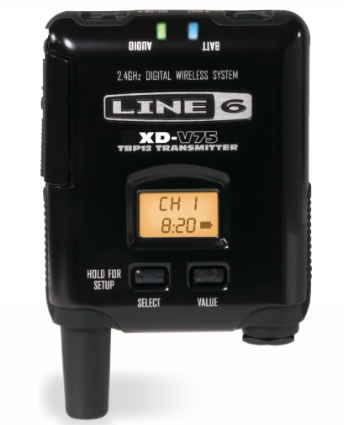 “Also, at 2.4 GHz, you don’t have to worry about interference from TV broadcasts, cell phone towers, etc,” he added. “And to put a rumor to rest, you absolutely don’t need line of sight between the transmitter and receiver for the system to work properly.”

Line 6 systems use both diversity and frequency hopping technology, he said. “Wireless LAN is stationary, but we are not — we’re always jumping across multiple frequencies. This is very different from analog wireless, which always requires a clear channel. We’re a moving target, which makes it very difficult to interfere with us.”

Coker is a pioneer with 2.4 GHz wireless systems and is now on his fourth generation product. “The key advantages are that our systems operate in a worldwide-available RF band with a single system,” he said. “Plus, we offer anti-jam capability, which allows us to operate in this band with high reliability. We enable our customers to obtain uncompressed, low-latency unity gain audio without the need for confusing adjustments.”

For users who are seeking a wireless microphone, the general rule of thumb is to purchase 2.4 GHz microphones if you only need a few channels, work relatively short distances, want operational simplicity and seek assurances that your equipment won’t be outdated depending on future changes at the FCC.

But all wireless microphone users — regardless of application — should constantly remember there are never any guarantees of complete immunity from interference. It simply doesn’t exist on any level. Smart engineers always have a corded microphone standing by in case the worst happens.