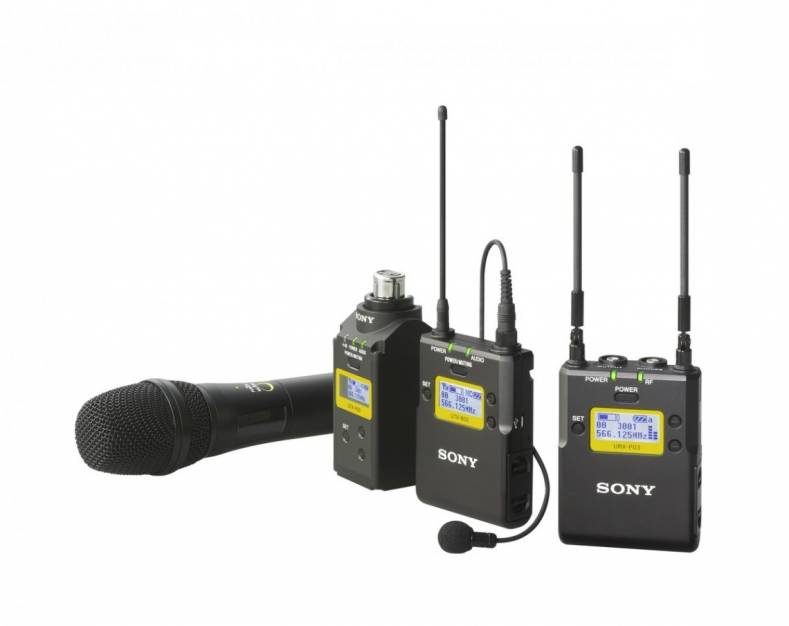 The FCC currently allows the use of wireless microphones on both a licensed and unlicensed basis, depending on the spectrum band.

Perhaps no equipment category will be more negatively affected by the upcoming FCC spectrum auction of U.S. airwaves than wireless microphones. For manufacturers of such wireless products, which have relied on a certain spectrum band to operate effectively for years, the impending channel changes have caused a slump in business, as concerned customers are not buying for fear of their systems becoming obsolete.

Professional wireless microphones transmit in locally vacant TV channels, commonly referred to as white space channels, primarily in the Ultra High Frequency (UHF) range. The U.S. government has initiated a process, it calls “an incentive auction,” which may reallocate a still-unknown amount of UHF TV band spectrum in order to accommodate demands for mobile broadband. This auction is being administered by the FCC and is scheduled to take place during the first quarter of 2016. This will affect the 600 MHz band and may extend down to the upper 500 MHz band as well.

Joe Ciaudelli, Director, Spectrum Affairs at Sennheiser, a veteran maker of wired and wireless mic systems, said that for wireless microphone operators this means that many UHF TV channels used today will not be available to mics after the TV band repacking process, scheduled to be completed within four years. However, there may remain small pockets, called guard bands, in the repurposed spectrum where mics will still be allowed to operate, under revised rules.

Industry groups (DTV Audio Group) and equipment manufacturers, led by Shure, have lobbied the government hard over the past 18 months, but to little avail. The FCC said it would move forward with the auctions, regardless of the effect on “unlicensed” wireless equipment operators. However it has also stated that it allows the use of wireless microphones on a licensed and unlicensed basis, depending on the spectrum band. Most wireless microphones that operate today use spectrum in the current TV bands (TV channels 2 to 51, except channel 37), though an increasing number operate on other spectrum bands.

Last year, the FCC initiated a rulemaking proceeding to assess options to meet the ongoing needs of wireless microphone users, including potentially making additional spectrum bands available for their use. In the Notice of Proposed rulemaking it is also examining what steps to take to provide for a smooth transition for wireless microphones from the repurposed 600 MHz Band to other spectrum.

Depending upon whom you talk to, sales of wireless mic systems have been affected either slightly or significantly, as customers wait to see what happens with the spectrum auctions. 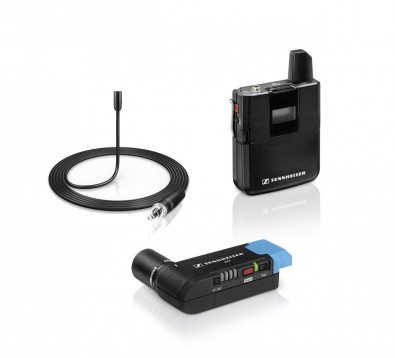 “Not surprisingly many perspective wireless microphones are apprehensive to buy UHF systems until after the auction takes place and it becomes clear which UHF frequencies will remain available to mics in the future,” Sennheiser’s Ciaudelli said.

“At this moment, the state of unlicensed spectrum is the same as it has been for several years, thus, the effects on wireless mic sales are minimal,” said Karl Winkler, vice president of Sales/Service, at Lectrosonics, another wireless mic vendor. “However, people are starting to be aware of the coming changes in 2016 and beyond, with some effects on sales. Primarily, what we're seeing is a shift away from systems using frequencies in the 600 MHz band, since much of that band will be auctioned off in the coming years.”

“The spectrum issues continue to be challenging for product manufacturers and the customers we serve,” said Andy Munitz, Professional Audio Product Manager/National Training Manager, Sony Professional Solutions Division. “We continue to address needs by developing wireless microphone products in the short term that allow our customers to capture the highest audio quality possible with flexible functionality.”

The issue has also caused wireless mic vendors to develop new frequency-agile systems and other things that might be useful after the airwaves have been auctioned off.

“We have of course been researching other frequency bands but at this time, there is no clear road map from the FCC as to which alternative bands (940 - 960 MHz, 1.4 GHz, 1.8 GHz, etc.) will clearly be available for our use in the future,” said Letrosonics’ Winkler. “We do not consider 2.4 GHz to be a good part of the spectrum for professional wireless microphone systems due to the propagation issues, low channel count, and potential interference from other unlicensed users.”

This year Sennheiser introduced the D1 musician and presentation systems operating at 2.4 GHz and the AVX system at 1.9 GHz. These, according to the company, are good alternatives to UHF systems for many light professional and semi-pro applications.

“UHF is still the choice for challenging, ‘mission critical’ mic applications,” said Sennheiser’s Claudelli. “The flexible firmware architecture of our high end systems will allow them to remain operational regardless of the outcome of the auction.”

He added that since the number of prime UHF channels available for microphone use has been shrinking, spectral efficiency (ability to densely pack more mics into a small slice of spectrum) has been and will continue to be an important design criterion for equipment. These features can be found in the Sennheiser SK 5212-II, SKM5000-II, and Digital 9000 system.

“Despite the increasingly challenging RF landscape, the equipment has actually gotten easy to set-up thanks to spectrum scan functions and other automated set-up features found in our equipment,” Claudelli said.

The general consensus is for customer to buy what they need today, while discussing with the seller how they are addressing the coming spectrum shortage. The “doomsayers” will say there won't be any spectrum left for wireless mic use, but optimistic engineers are sure they can find enough room to operate—once the government tells them how much bandwidth they have to work with.

Despite the concerns, manufacturers have pushed forward with new wireless microphone systems that anticipate the upcoming spectrum shortage while adding new features for flexibility and seamless integration into overall production systems. This includes some interesting developments in digital and digital hybrid transmission, including robust encryption, high channel density, very high audio quality and additional convenience features that are impossible to achieve with pure analog systems. 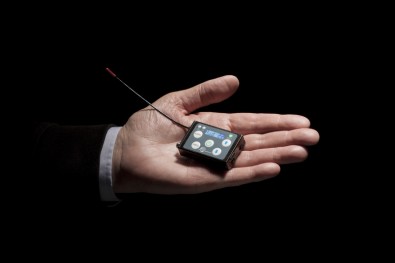 The Lectrosonics SSM micro bodypack transmitter is 2/3 the size and 2/3 the weight of the next smallest full-featured unit on the market.

The SSM micro bodypack transmitter is the latest product from Lectrosonics, at 2/3 the size and 2/3 the weight of the next smallest full-featured unit on the market. The compact SSM uses Lectrosonics’ proprietary Digital Hybrid Wireless transmission to provide compandor-free audio, tight channel spacing, and long-range performance. The SSM also employs a rechargeable, removable lithium-ion battery pack for 6 hours run time. In addition, the SSM can be remotely controlled over IP using a smartphone app.

Sennheiser now offers the AVX wireless microphone system, designed for use with DSLR cameras. Leveraging the company’s DECT technology, the AVX receiver plugs directly into the XLR connector of a camera—where it pairs with the microphone and switches on when the camera does. The system also automatically adjusts the correct audio levels and transmits using a specially protected link in the license-free 1.9 GHz range. The AVX receiver and transmitter are powered by special lithium-ion batteries, which can be recharged via a USB port.

With 2,400 selectable frequencies that scan the 60 MHz bandwidth, Shure has introduced its UR14D Wireless Dual Channel Receiver, which works in tandem with the company’s UR1 Bodypack Transmitters. It features advanced track tuning that shifts the RF filter along with the selected frequency—maximizing isolation from interference and preserving signal integrity with UHF-Rs extended bandwidth. UHF-R wireless is available in handheld, bodypack and combination systems. The complete UR14D system includes a UR4S dual channel rackmount diversity receiver, two UR1 bodypack transmitters and two WA302 cables.