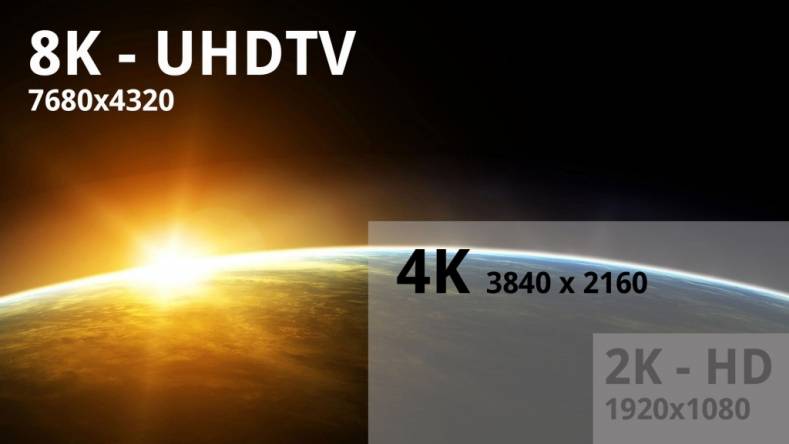 MBSFN (Multicast-broadcast single-frequency network) is a communication channel defined in as part of Long Term Evolution (LTE) standards. The transmission mode is intended as a further improvement of the efficiency of the enhanced Multimedia Broadcast Multicast Service (eMBMS) service, which can deliver services such as mobile TV using the LTE infrastructure, and is expected to compete with dedicated mobile/handheld TV broadcast systems.

ATSC 3.0 will provide even more services to the viewer than current ATSC as well as increased bandwidth efficiency and compression performance. However ATSC 3.0 will break backwards compatibility for today's equipment. The compression standard H.264 would not be considered for ATSC-3.0, but rather the newer MPEG-H HEVC/H.265 codec would be used instead. And finally, the new standard will use OFDM instead of 8VSB for modulation. The result is 28 MBps or more of bandwidth on a single 6-MHz channel.

First we need to ask “Does ATSC 3.0 provide the consumer anything MBSFN cannot?”. 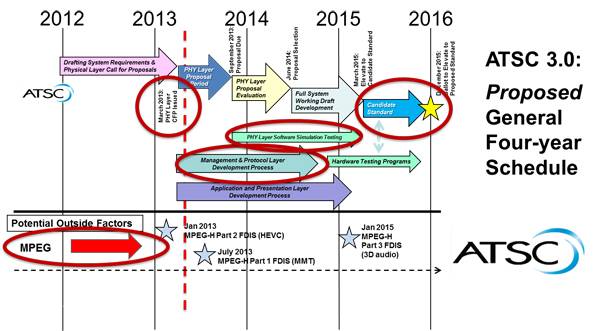 Now, let's look at the ATSC 3.0 PT-2 final report. It has some interesting points I'd like to note. The quotes are directly from the report, followed by this author's viewpoint.

“Analysis of other (non-inherently 6 MHz) formats was conducted with normalization to a 6 MHz bandwidth basis.” This bias is detrimental to LTE-based solutions.

“It is this necessarily analog front-end [emphasis added] that conditions the signal to meet the limitations of A/D converter technology” This is referring to cognitive receivers or Software Defined Radios (SDR). The development of high bandwidth A/D converters is removing this bottleneck.

We need a different solution

Here is a typical user scenario from 2014 repeated all over the world: I am watching linear TV on the internet at Pluto.tv. My WLAN is not so good so the signal is coming in at less than 300KBs.

Watching on a 32”screen at about 3 feet seems like watching regular TV. In other words, with today's technology, the consumer does not need to know about the delivery path. A common middleware at the consumer device aggregating all available reception paths will make the mode of delivery truly invisible. 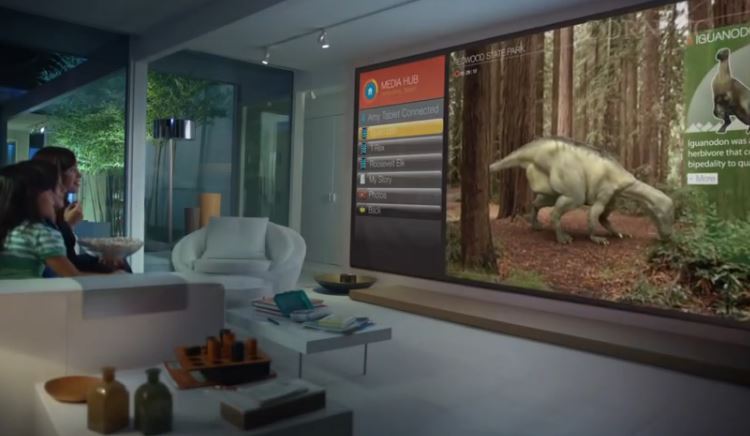 Tomorrow's entertainment will be viewed on multiple devices, ranging in size from the living room wall to the personal watch.

A Day Made of Glass 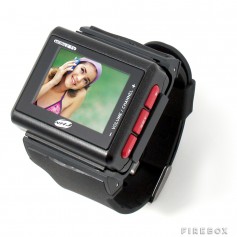 Portability is key to modern communication. Watches and cell phones are the number one ways people stay in touch--and watch entertainment while on the go.

We need solutions that will cover the entire range of viewing opportunities. We also want to cause Grandma and Grandpa minimum disruption and provide the Digital Natives with all the bells and whistles.

What we don’t want is legislation that will disrupt market forces and remove incentives to implement the technologically optimum solution. We can all agree that terrestrial transmission, wired solutions (Internet and cable) and satellite can provide the similar QoE service.

We also know is that each delivery technology has advantages depending on receiver location and features. Attempting to legislate parity, in the name of promoting competition, has led to a morass of laws which only benefit attorneys and vested interests.

Let’s also assume that NHK is serious about 8K and Corning will deliver the glass on-time, both pretty safe bets. In this scenario, ATSC 3.0 will be obsolete before it is finished! 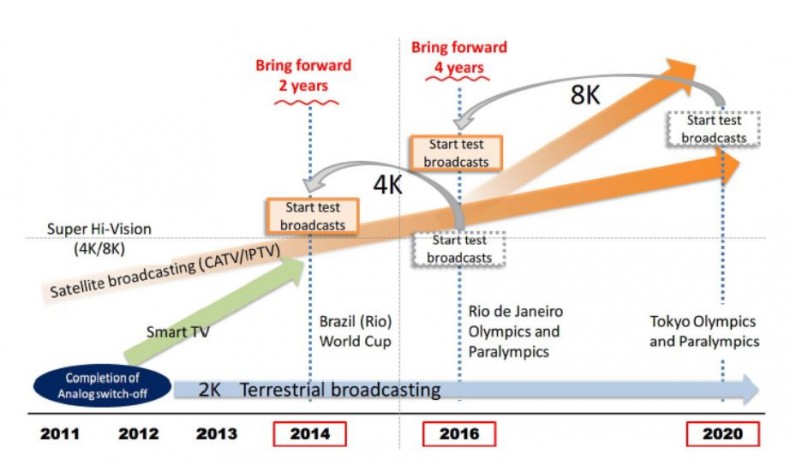 NHK has a long tradition of pushing technology forward. Now, just as 4K is becoming more familiar, NHK is showing that 8K is around the corner. Broadcasters are just at the starting gate and finish line has just been moved.

The 2011 IEEE International Symposium on Dynamic Spectrum Access Networks (DySPAN) research report has shown it is possible to support current TV services with 84 MHz of spectrum via LTE MBMS. Recall this is in contrast to the 300 MHz used by today’s ATSC TV broadcast system. The DySPAN approach can be realised in a cost-effective manner by re-using the existing mobile network infrastructure. It has also been shown that the total radiated power can be decreased.

The crux of the issue for this audience is that television broadcast as a separate infrastructure could cease to exist! Again from DySPAN “The presence of a substantial LTE infrastructure will obviate the need for investment in a dedicated infrastructure for exclusive TV broadcasting”. Given that ATT and COMCAST are not going to rip out their cable infrastructure and satellites are not going to fall from the sky, the consumer will still have alternatives. This variety of delivery methods should also address concerns about competition driving prices down and innovation up.

Tomorrow's entertainment and information will be delivered to a variety of devices and over a variety of networks. Broadcasters can continue to be a part of that solution.

Broadcasters have never faced a more challenging time. Keys will be to move faster, become more efficient and deliver the content that viewers want to their devices, no matter where they are located on the viewers' schedule.