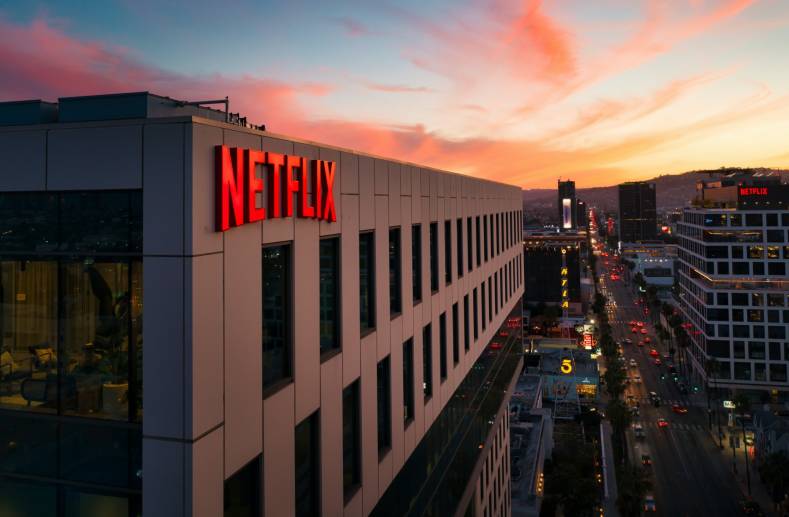 Like other streaming providers, Netflix offers various options for simultaneous access to the service among members of a household but prohibits casual sharing of the credentials among friends. It has long been known that because of such casual sharing, the number of people streaming content is considerably greater than the number of subscribers.

This is especially the case for Netflix, as has been confirmed by numerous surveys, with the latest coming in March 2022 from the Leichtman Research Group, which found that one third of the company’s subscribers in its home USA market, its biggest, engage in some form of sharing with people outside their household. This was an online survey of 4,400 consumers and helped confirm the decision finally to take some action globally, after trials in several countries.

Despite long knowing of such potential loss of revenue, Netflix, like other streamers, has been reluctant to crack down on the practice, with CEO Reed Hastings reiterating his opposition on various occasions. In 2016, he said, “Password sharing is something you have to learn to live with because there’s so much legitimate password sharing, like you sharing with your spouse, with your kids. So, there’s no bright line, and we’re doing fine as is.”

Netflix was indeed doing fine then and has only recently at last hit the buffers after major content houses like Disney reined in their assets for their own emerging competitive streaming services. The company posted a worldwide subscriber loss of 200,000, for the first time in a decade, for the first quarter of 2022 compared to the last of 2021, down to 221.64 million. This was led by the US and Canada, where the drop was 600,000, so that there was still a gain of 400,000 outside North America. Nonetheless, this provoked a share crash of 35% and a slight further decline since then, stoked by Netflix’ revelation that it expected the losses to accelerate to 2 million globally over the second quarter of 2022. The expectation is that there will be a continuing haemorrhage to rival streamers as consumers converge on just two or three streaming services on average at a time when popular content is spread among around six in many of the key leading markets.

Yet as many surveys have revealed, Netflix is still gaining viewers when allowance is made for those accessing through unauthorized password sharing, which has prompted the action. Yet the company is still anxious to avoid throwing out the baby with the bathwater by annoying legitimate subscribers wanting to share with say family members who are travelling or just moved somewhere else.

In fact, Netflix embarked on such action early in 2021 when it started testing the idea of asking viewers whether they shared a household with the subscriber, in cases perhaps where access was being attempted from an unusual location. The message stated: “If you don’t live with the owner of this account, you need your own account to keep watching.”

This apparently did not go down too well, with some negative feedback from trials in Chile, Peru and Costa Rica. Another idea is to invite subscribers suspected of allowing unauthorized use to take out an additional extension package that would make it legitimate. Such a “sub package” would be priced lower than the original subscription.

At any rate, Netflix has indicated that it is seeking a middle way between taking no action at all and clamping down hard, as has just been confirmed by Marc Randolph, the company’s co-founder and first CEO before Hastings. Interviewed by Yahoo Finance, Randolph said “You don’t want to just roll something out and see what happens. I don’t think anybody wants to make it difficult for people who have legitimate uses to share their password, or to use the password in multiple locations. And obviously, it’s a continuum from one to the other, between the obviously wrong and the obviously right.”

Randolph indicated that the company was working its way through this conundrum carefully and was “obsessed” with testing before full rollout globally.

Whatever measures are adopted rely on the ability to detect genuine cases of unauthorized password sharing without false positives that might lead to customers receiving a message when no one has attempted to misuse their subscription this way. Synamedia, a provider of video processing and security technology created from the repurchase of Cisco’s Service Provider Video Software Solutions (SPVSS) business for $1 billion in May 2018 by private equity firm Permira, was among the first vendors to emerge with technology to address the issue in 2019.

The package had two thrusts, the first being to detect and shut down industrial scale credentials sharing by professional fraudsters. On this front it takes advantage of collective, anonymized intelligence gained from multiple Synamedia customers, similarly to how leading revenue security such as Verimatrix and Kudelski Nagra conduct global monitoring across their customer bases.

Then the same AI, behavioural analytics and machine learning techniques could also be applied for the second thrust to identify lower-level credentials sharing conducted by a significant number of subscribers. Typical examples would include giving passwords to friends say to watch sports matches featuring a favourite team on an OTT sports channel, or more generally to take advantage of the fact that the service supports several simultaneous streams.

Synamedia’s pitch was that this rump of essentially honest consumers can be brought onside and even tapped for additional revenues, by offering services that enhance sharing of the service with friends or family. Firstly, it detects when password sharing is taking place by for example observing that a given account is being accessed regularly by users in different locations.

The Synamedia package included support for application of specific policies by integrating the credentials sharing engine with the operator’s subscriber database. This can prompt actions to upsell to any account whose sharing score exceeds a predefined threshold. Armed with these insights, marketing teams can then negotiate that fine line between harassing a customer as they may have done in the past and encouraging the sharing activity through offers that exploit it. At the same time by making subscribers aware their sharing has been detected while avoiding being heavy handed, the operator can keep such customers on board while increasing the revenues gained.

It appears that Netflix is now about to deploy similar measures itself, attempting to tread that delicate fine line.